One of the best things when visiting Japan for me is admiring the urban gardens. Tokyo is very ‘space challenged’ with apartments, shops and restaurants often much smaller in footprint than we are used to in Europe or America. But even if there is just a small sliver of pavement space, Japanese gardeners manage to make something fabulous happen with plants.

And I’m sure plants grow more elegantly in Japan too, where my UK hydrangeas and peonies grow blowsy and big, in Tokyo the ones I saw had an artful slenderness to them. Even the wild ferns and mosses looked liked they’d been positioned with fabulous style.

The Japanese are amazing at floristry, we all know that, but they kinda rule on plants too. I picked up a great magazine, the Botanical Style Book by Brutus Casa, which is like Elle Decoration but JUST for plants. A few of the Japanese websites I managed to decipher from it are worth a look for the photos, such as Tokyo plant store Neo Green -look at the Leaf Letter, written in Japanese but the images show you the idea pretty well, Atelier Cabane -click on ‘works- for a few nice images, and my favourite, the Green Guerrilla Depot and its great little blog. The instagram feed of Studio 2065 is also inspiring. Tiny strips of sidewalk were filled up with lines of geraniums, hydrangeas, small firs, bamboo and other colourful perennials. Pots were small but plants grew tall and were beautifully tended. Perhaps because they have only small spaces in which to garden, they seem very attentive to their botanics and while wandering around the more residential spots I saw a couple of gorgeously attired women doing a spot of gardening. I loved this woman below, with her trimmed straw hat and check-and-floral combo. Japanese women hate to be suntanned, so often wear hats or carry umbrellas to keep off the sun. In Kyoto and Naoshima, where we went in week two, I saw lots of women wearing elbow length gloves to keep the sun off their arms. 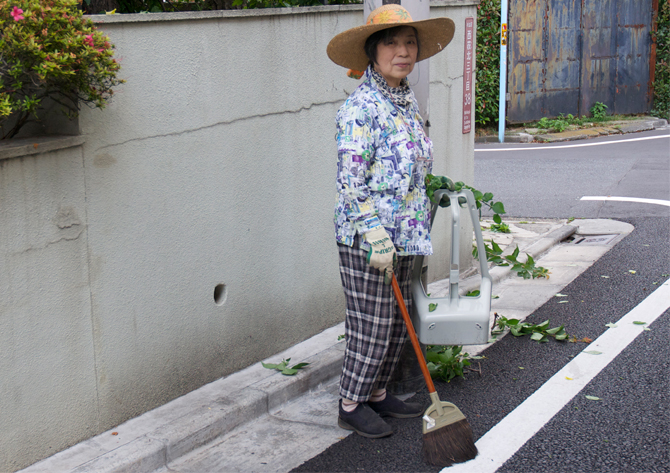 Those plastic pots are what everyone uses, I expected artisan ceramics (crime is low, so no worries about people running off with them) but all attention is on the plant. Not surprisingly, the florists and plant shops are also dreamy to visit, here’s one in Aoyama -the Bond Street of Tokyo- where every inch of the pavement was covered is something verdant. 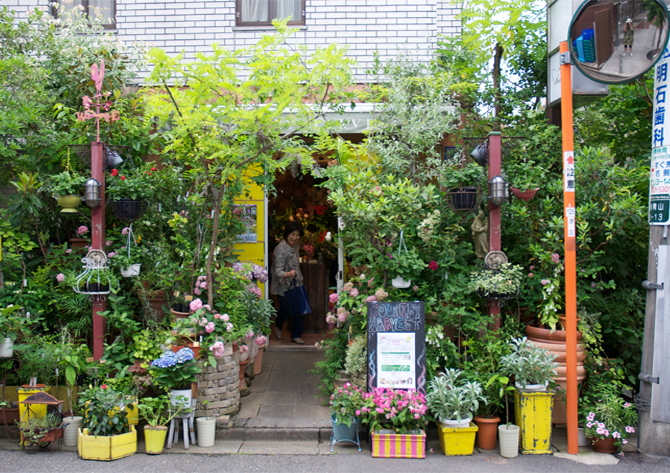 Retailers also green-up their store front presentations with plants, I saw loads of succulents and ferns, below is a beauty store…I think we should encourage this here in the West, I can think of many high streets and stores that would be mightily improved with a few plants out front. 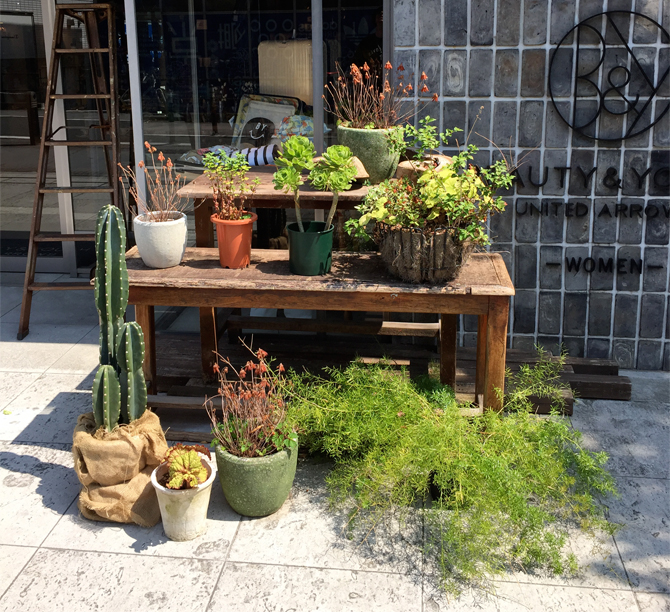 The big brands are at it too, here’s Isabel Marant’s store in Shibuya, with a veritable forest of greenery at the entrance. it makes urban spaces so much more pleasing to have so much greenery around. There were even mobile displays….. 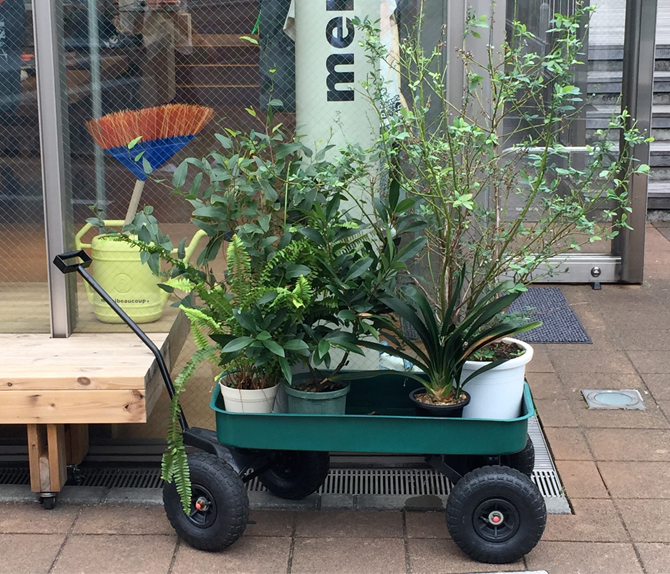 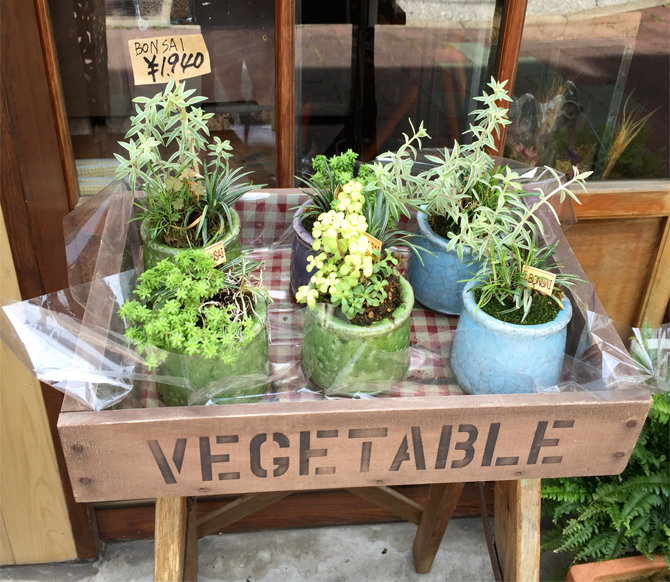 Terrariums are big over there too, although they’ve taken the trend one step further and suspended them, often in large numbers, like lighting fixtures. Indeed the terrarium below right was both a light and a plant holder. Now excuse me while i pop off to the garden centre for a bit of a mooch around……I have plant displays to create! 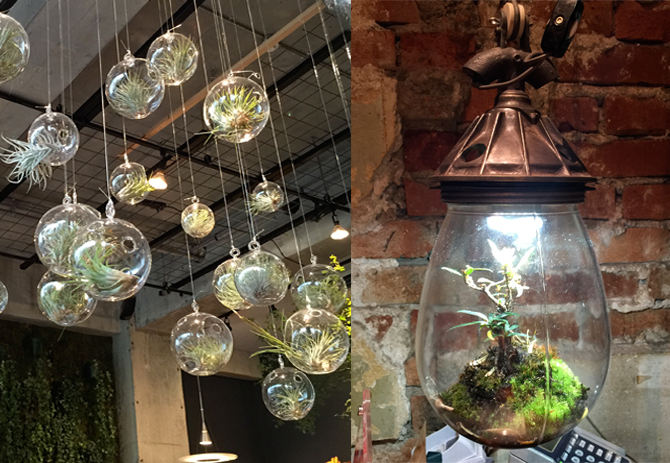