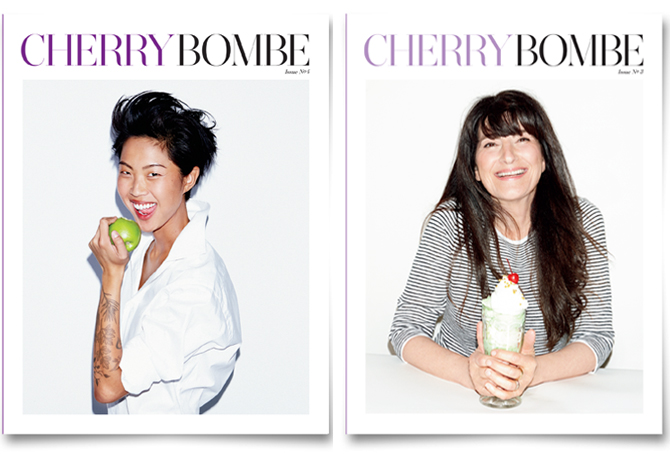 We are indebted to our roving food and craft reporter Julia Little for bringing the fabulous Cherry Bombe magazine to our attention.

Who said magazines were dying? There’s been a rush of fabulous ones to the bookshelves over the last five years, the best ones are distinctly non-glossy, lifestyle-based ones which have matt covers (what do we call these? Matties?) Kinfolk, Hole&Corner, The Foodie Bugle, Betty, Anthology, The Gentlewoman and Libertine just to name a few. My magazine budget has gone up over the last few years, not down as I read more of them.

Cherry Bombe is our latest mag-crush, it’s a US bi annual tome about women in food, set up by Claudia Wu and Kerry Diamond in 2013 to try and redress the gender balance in coverage about the food scene. Tired of reading about the men in food, Claudia and Kerry wanted to celebrate and make a noise about the many amazing women doing great things with food who were never given the coverage. They also wanted a magazine that spoke aesthetically to them- to be both beautiful to look and engaging to read and to reflect their combined loves of fashion, food and women. Interestingly the web site has no editorial on it, it’s just about the old-school printed version, although there are Facebook, Instagram and Twitter channels.

I’ve read the two Julia lent me from cover to cover, both were stuffed full of interesting articles on interesting women, It mostly covers the US food scene, but it’s no less interesting for that. I learned about American culinary publisher and icon Judith Jones, who as a junior persuaded her first employer to publish Anne Frank: The Diary Of A Young Girl, and then her second, Knopf,  to take on an enthusiastic but completely unknown food writer called Julia Child. I’ve also made a long list of baking books by Dorrie Greenspan, who sounds a bit like the US equivalent of Mary Berry, which I’m going to have to buy and on my next visit to the US I’m heading straight to a Jeni’s Splendid Ice Cream store, although for the moment I’ll just keep reading the blog for inspiration.

I could go on, but I suggest you simply look out for a copy of any of the four issues that exist. It’s not that easy to find them in the UK, here’s a list of stockists, you can buy them from the US website here but it’s a pricey option. What we need is a US outpost of TWR to ship a few over for us as a better value option, but that might be tricky.

Anyone else discovered any good magazines recently? 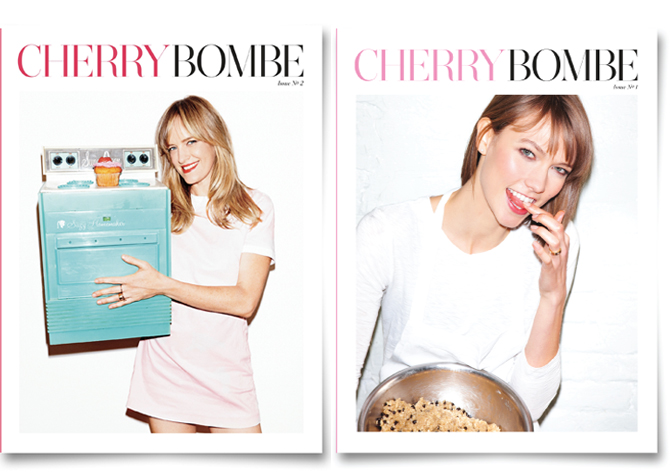 Happy Father’s Day to all our lovely dad’s out there, and in case you are scrapping around trying to find wrapping paper and sellotape for your last minute present wrapping, can we point you towards the wonderful jewel box of…