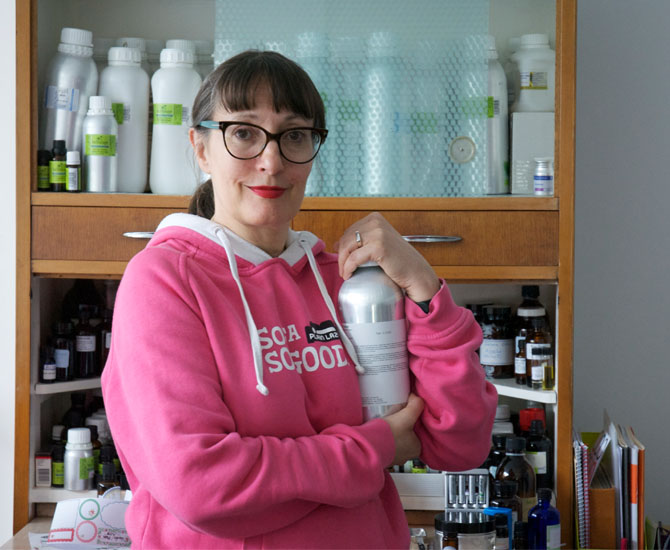 ‘Project Perfume’, which has been keeping me as busy as a Labour Party leadership candidate for months, is nearly ready for launch. Exciting! Well, it is if you like perfume. It’ll be run by me (Amanda) as a sister blog to TWR and it will be ready to show you at the end of this month, so hold onto your fragrant hat-ribbons.

As part of my research, I interviewed Sarah McCartney from 4160 Tuesdays, above, a terrific niche fragrance company that makes smells I think you might like. Sarah is both a funny and super-smart grown up, who for years worked in marketing for LUSH cosmetics. A fluent wordsmith (check out her engaging blog) she embarked on writing a novel involving fragrance, but while researching how to make particular smells, fell in love with the idea of making her own and 4160 Tuesdays was born. The name BTW is approximately how many Tuesdays you’ll have had if you live to 80. 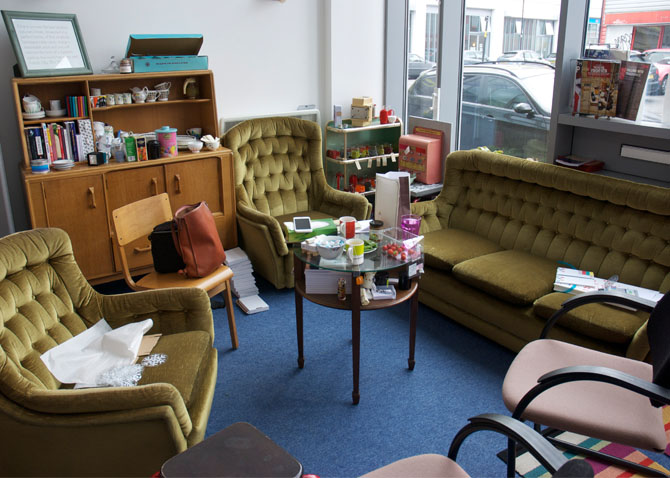 Although that sounds charmingly accidental, in fact Sarah is a scientist, with a never-ending supply of ideas and a large dose of entrepreneurial Get-On-With-It spirit. She made me laugh and taught me loads in the afternoon I spent with her, lounging in her quirky Acton office furnished more like a front room than a fragrance lab, although there were plenty of glass beakers and bottles of dangerous inflammable solvents mixed in with the vintage perfume artefacts and mid-century furniture.

It also turns out Sarah’s pretty good at making scent and although her company is young (she started in 2010) her fragrances are garnering rave reviews and have recently launched in Fortnum & Mason’s fancy new fragrance floor (she already sells in indie boutiques Les Senteurs and Roullier White). 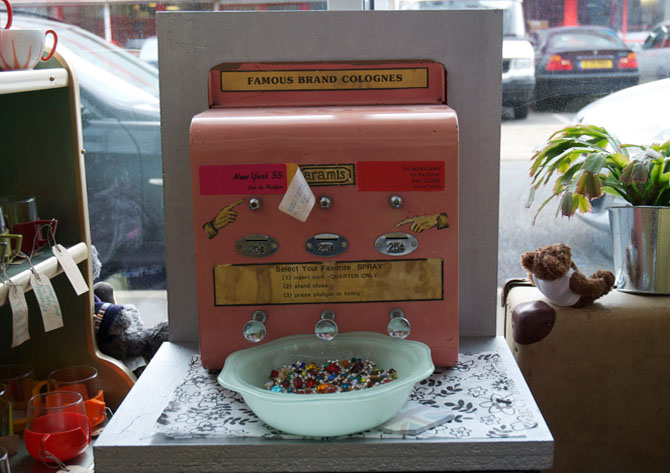 I’ve been test-sniffing her scents since my visit and I’m addicted to a couple already.

Sunshine and Pancakes smells just how your skin smells after an afternoon spent soaking up the sun; warm-baked, salty, slicked with sun tan oil and hints of ice-cream cone and Magnums. I can’t get enough of it and my small tester is in danger of being licked clean for the last dregs of smell. The there’s The Sexiest Scent On The Planet. Ever. IMHO, which has a woody incense base roundly supported by memories of dark cocktail bars, up-close encounters and lustful inhalations of warm human. It reminds me of how New York smells.  I’m going to have to get Middleagedad some. Shazam! is another warmly inviting spice-box of a scent I really love wearing on these hotter days we’re getting and What I Did On My Holidays has a marine-salty breeziness that might make you feel wistful if you’ve already had your sea side treat this summer. 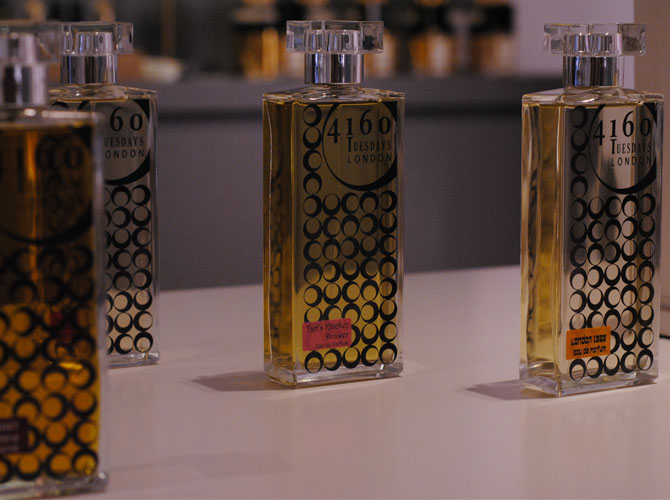 Read more about Sarah and her magically-named scents on her website where you can also buy direct. Very sensibly she does tester packs of her fragrances -small 4ml bottles which give you plenty to play with – so you can try a few at a time. Why more fragrance houses don’t do this I really don’t know. She also runs very popular day-workshop where you can have a go at making your own fragrance, I’m hoping to try one of these soon as I’m sure Sarah will be an excellent and very entertaining teacher.

We’ve only just picked up on this bit of research on tea (via Country Living’s October issue, we take our scientific research seriously here at TWR), which states that lots of cups of tea a day are not only good…