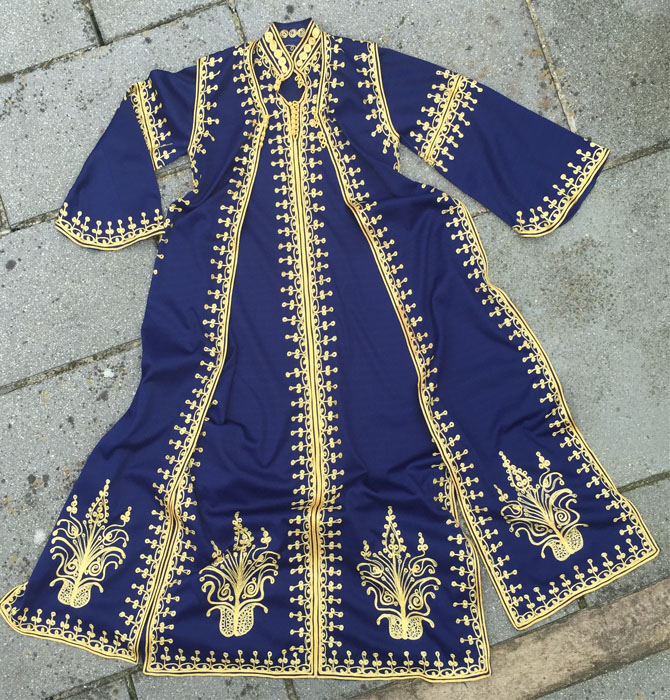 This weekend I went to Devon to see my 83 year old dad and his (very slightly) younger sister, my aunt. We do very little, just sit around my aunt’s kitchen table reminiscing, eating Cornish pasties (my aunt makes the best) and finding things to eat clotted cream with.

They also tell stories about their lives and it is this that I treasure the most. Both have travelled, so they are colourful tales, but it’s the little connections to my past that I love to hear about. My dad, for example, told me this weekend that when I was about three years old and we lived in Singapore, he would make me identify different countries on a giant Telegraph map of the world he had hanging in the spare room, where he shaved. It was to stop me pestering him while he tried to concentrate but by the end of our stay I could indentify every country. I love the idea of an annoyingly enthusiastic me bouncing up and down on the bed in my cotton Chinese pyjamas – which I lived in- while my poor dad tried to keep me occupied.The whole weekend was worth it just for this connection to a memory I had forgotten.

My aunt started travelling to China, Japan and Africa back in the 50s, when just getting there meant adventure, so every chance i get I bully her into telling stories about her trips and often it’s the clothes she brought back that start her off. The top outfit, a navy blue kaftan and waistcoat with heavy gold embroidery is a good example, It was bought in Morocco some time in the 50s and was made for her, completely by hand, after a hard haggle on price. ‘And I last wore it on the QE2, where I got a round of applause on entering the dining room, it’s what they used to do if you had made a lot of effort with your clothes in those days’ she said, while dragging heavily on a ciggie. I bet she looked amazing. 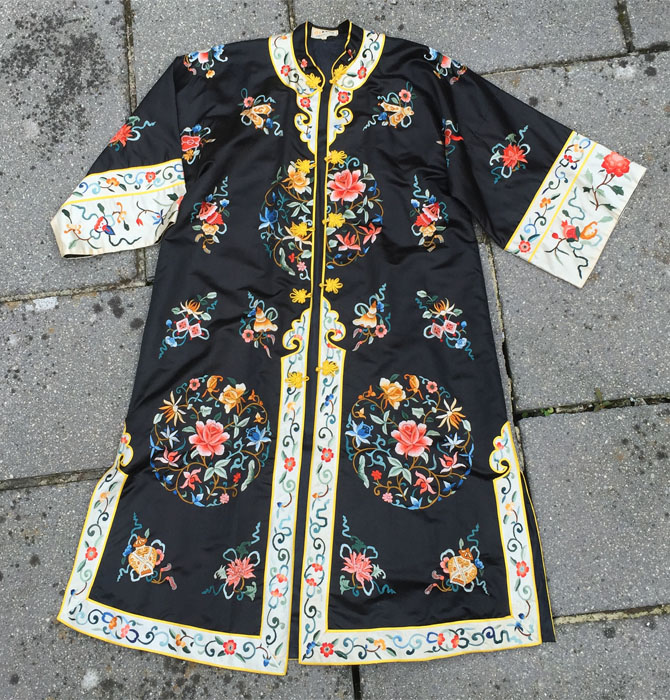 My aunt has a good eye, she bought this embroidered Chinese silk jacket, above, from Natham Road in Hong Kong in the early 60s and wore it to cocktail parties when clothes like this must have seemed extraordinarily exotic, particularly back in Exeter, She’s been wearing it as an occasional dressing gown for the last few years, but I thought it needed a bit more of an audience and persuaded her to swap it for my Protected Species white summer jacket that I’d taken with me. We both thought it might be more useful out walking in Devon than something in embroidered silk. The Chinese jacket is fragile and has a gentle aroma of moth balls, but it’s in perfect condition and I will wear it over jeans and a simple cream silk top as a show-off summer jacket. 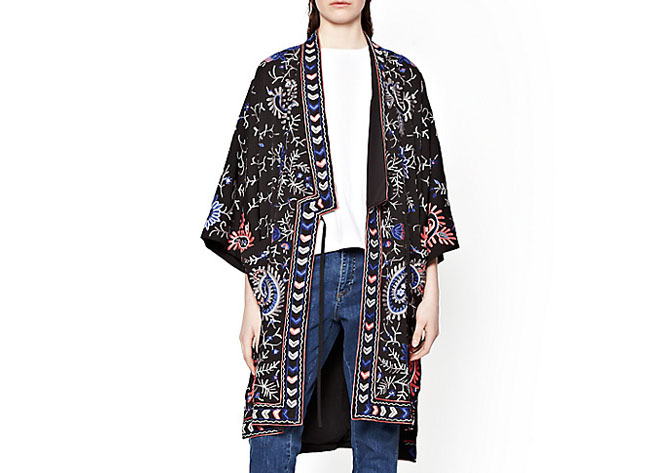 If you don’t have an aunt with a great wardrobe to raid, you can still do something similar with the French Connection Micheala embroidered kimono jacket, at £225, which would be an ideal late summer jacket or a way of adding interest to jeans and a T shirt. 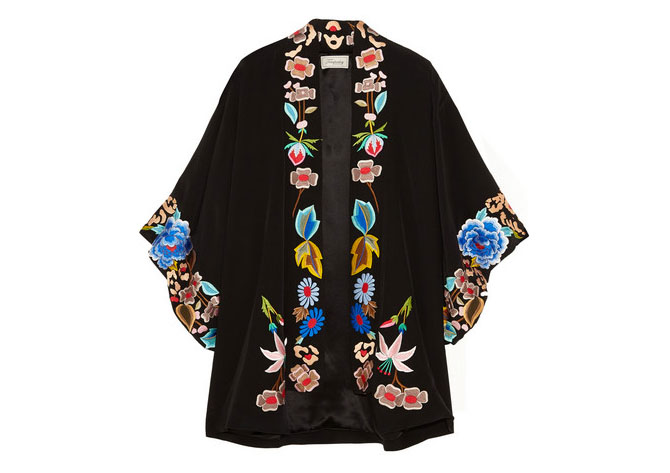 If you want to go really fancy-pants, you could fall for the exquisite Temperley London Baudeliare silk embroidered kimono at the more challenging price of £1,195.00, which i hope my aunt doesn’t see as she’ll probably want more for her swap…. 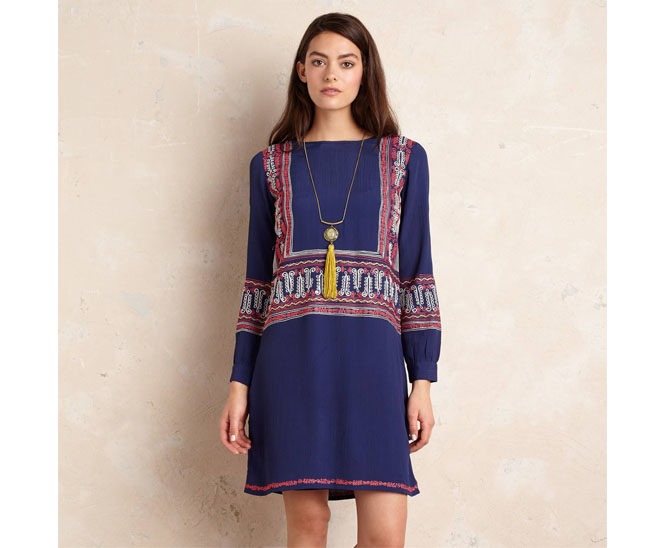 Nothing could quite match the glamour and sheer gold-ness of the Moroccan kaftan, but if you want something a little more wearable, then the Anthropologie Babet embroidered tunic dress looks a good bet at £120.00.

For anyone who doesn’t know it, Chelsea Physic Garden is a real ‘secret garden’ tucked away behind a giant old wall in a backwater…