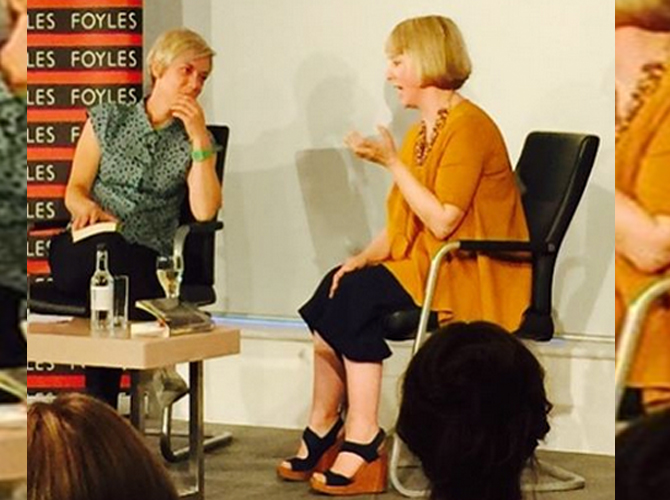 Another day, another grown-up,  girl-crush. This time the fabulously talented film director Carol Morley, she of The Alcohol Years, Dreams of A Life and The Falling. I was lucky enough to meet Carol last night at her book reading at Foyles, where she was interviewed by Miranda Sawyer  (girl-crush overload) and can report back that she is a funny and energetic talker, a good hugger and has the same hair cut as me (we share a hair stylist friend).

Her new book 7 Miles Out is a novel, but clearly one based on her own life. She spoke movingly and candidly about her dad’s suicide when she was 11 years old, her family life- they were always on the move- and her recent work as a film maker. The book was written on-and-off over a long period, she’d write a bit, then put it back in the drawer when another project came along, then go back and write a bit more. I haven’t read it yet but I just know it’s going to be one of those books I don’t want to end.

It’s written from an 18 year old’s perspective  because she said “as an adult, I’m less interested in who I am any more, but when I was a teenager I was MUCH more interested in who I was and what I was going to be. There’s that feeling when you are younger that you are going to go through the teenage years and then arrive somewhere as a fully formed adult, which of course is not how it happens, but you have to learn that along the way.”

One of the most poetic responses she gave to Miranda Sawyer’s question on why she made films was this: “I see films and my films in particular as a bit like a rescue operation, I’m rescuing memories and stories before we forget them all.” Isn’t that the best? 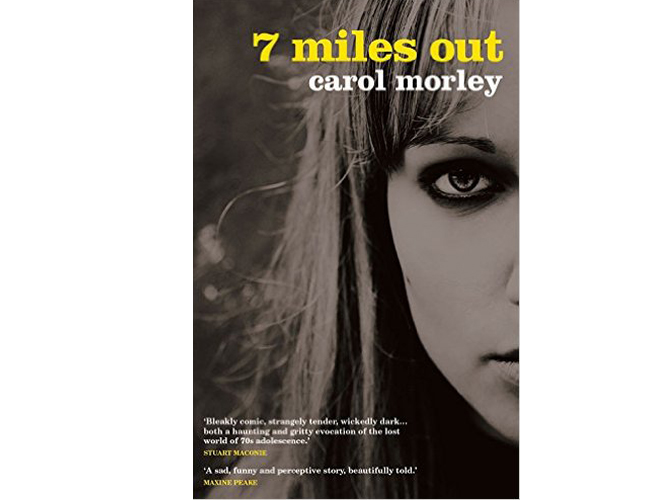 Our recent post on Bleu Anglais’s Chinese indigo prints was very popular, so when one of our readers (hello Shelley) told us about her…