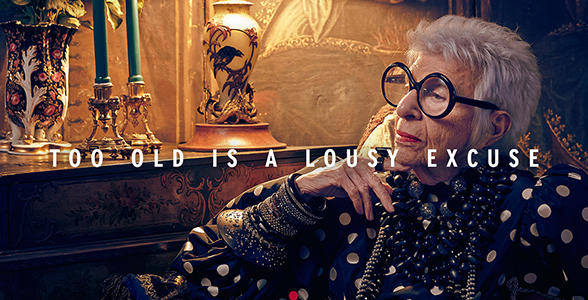 There are two things that I refuse to buy into as I age. The first is the notion that age will hold me back from experiencing life to the full. I have absolutely no time for people who declare ‘I’m too old for that’ – unless of course they are talking about one shoulder crop tops (limits people, limits) – or  refuse to try new things as they have allowed the ‘fear’ to enter their lives.

The ‘fear’ creeps up and takes you over, telling you that new experiences are scary and dangerous, eventually turning you into that person – the one who never leaves their house apart from visiting a shopping centre with a flask of tea and blankets in case of emergencies, and talks in great detail about what day the bin men come. The ‘fear’ is to be avoided at all costs.

The second is “lying about my age syndrome’. LAMAS not only lets the rest of us down by creating an unrealistic impression of ageing, it eventually catches the culprits out and exposes them as both shallow and a little bit sad. There is no sorrier sight than those women (mostly in New York) who look 35 from the back and turn round to reveal a plastic face and old lady hands. Plus no-one helps you with shopping or gives up their seat on the bus if you pretend to be younger and frankly I’m happy to be that women plonks herself down gratefully with a heavy sigh.

Recent research has revealed that young people actually prefer it when brands celebrate people of all ages. Duh, why wouldn’t they – surely no-one wants to view ageing as scary and unattractive.

According to Finlandia Vodka  75% of 14- to 34-year-olds don’t see age as limiting and the company have made “1000 Years of Less Ordinary Wisdom,” to illustrate this (and advertise their brand) . The inspiring film features 14 people of varying ages who prove that anyone can do anything at any age.

Lots more fashion brands are using older women in their ads and beauty companies are also starting to wake up and smell the moisturiser.

Lancôme showcased people of various ages in its recent #LoveYourAge Instagram campaign. To illustrate that beauty is timeless, the company posted images of celebrity brand ambassadors in their 20s, 30s, and 40s, along with their age and the caption “beauty is not about hiding your age, it’s about embracing it”. Consumers were also encouraged to join in by declaring their age. 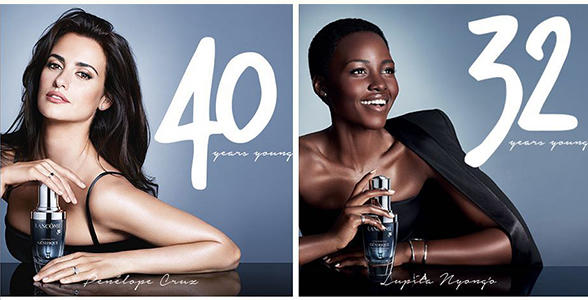 So it seems we are few steps closer to less ageism from brands and the media  – but it’s still important for us all to remember, ageing is not an excuse or a secret.

Back at Frieze, the second big clothes story after capes was the abundance of beautiful, easy-tailored trousers, mostly worn with trainers. It’s the ‘gentlewoman…