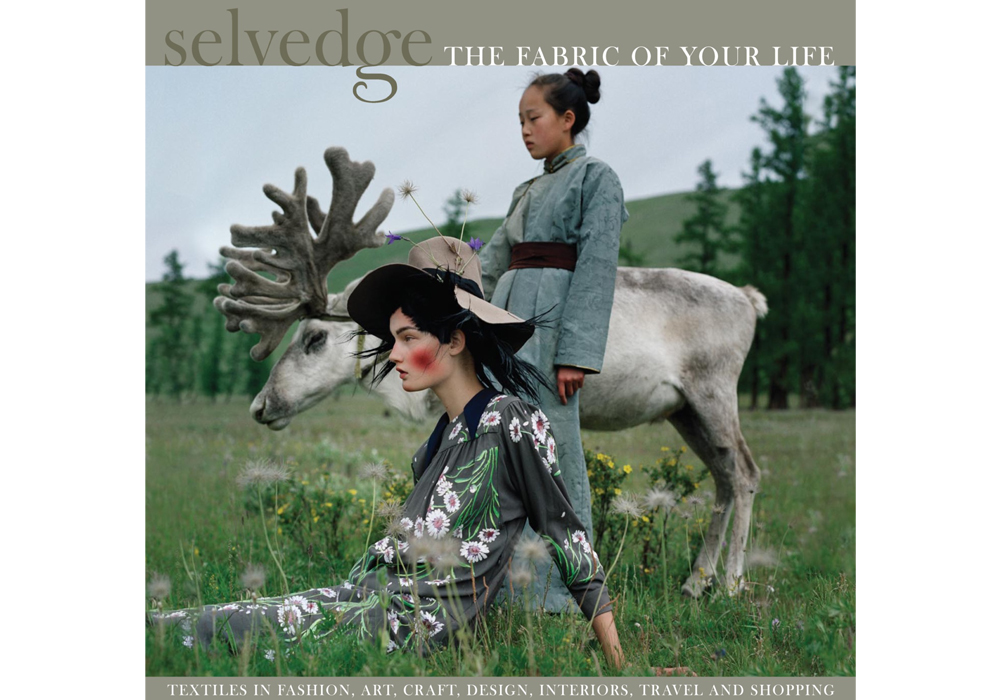 My complete immersion in all things perfume over the last year has seen me pop up in places like .Cent Magazine and November’s Selvedge, writing about fragrance. This is my recent Making The Connection feature for Selvedge, about the changing connection between artisan fragrance and fashion.

A small but significant change is occurring in the relationship between fashion and fragrance, something I’ve discovered through launching We Wear Perfume, a storytelling blog that examines the connections between people and their perfumes. Niche perfumery – small artisan fragrance houses making high quality scent -is booming in an otherwise static fragrance market. But rather than aligning itself with the ‘designer’ sector, historically a lucrative, no-brainer connection, niche perfumers are connecting to other areas of the fashion industry for inspiration, including textiles themselves.

Fashion and fragrance have had an intimate bond since the early 1900s, when Parisian Paul Poiret became the first fashion designer to link the aesthetics of his couture collection to Parfums de Rosine, his first fragrance, named after his daughter. Created in 1911, it was liberally sprayed not just within the couture atelier for the catwalk shows, but also directly onto the clothes, as can be seen from the brown spray-speckles visible on museum pieces from those early collections.

With this invisible ‘cloak’ of designer scent worn by his clothes, Poiret created an additional layer of allure, not to mention profit, by aligning the glamour of couture to fragrance.

This ‘designer perfume’ was hugely successful with customers who could never hope to afford a luxurious couture gown, but could purchase a bottle of the more reasonably priced fragrance and gain entry into the world of luxury. Coco Chanel repeated the formula not long after in 1921, with her first fragrance No 5, and fashion brands have been mining this lucrative connection between scent and luxury design ever since since.

But tired perhaps of pushing a somewhat out-dated formula, niche perfumers have looked elsewhere for inspiration, and at the recent Pitti Fragranze fair in Florence, Italy, where the world’s best niche fragrance houses launch their latest offerings, it was clear textiles are playing a part.

From fragrance house Uèr Mì’s (as in ‘wear me’) collection with names including WE Tweed, NO Suede, AB Cashmere and even XX Latex, to artisan fragrance distributor Intertrade’s use of intricate jacquard wall hangings to capture the visual essence of each of its brands, textiles are clearly inspiring fragrance creation. 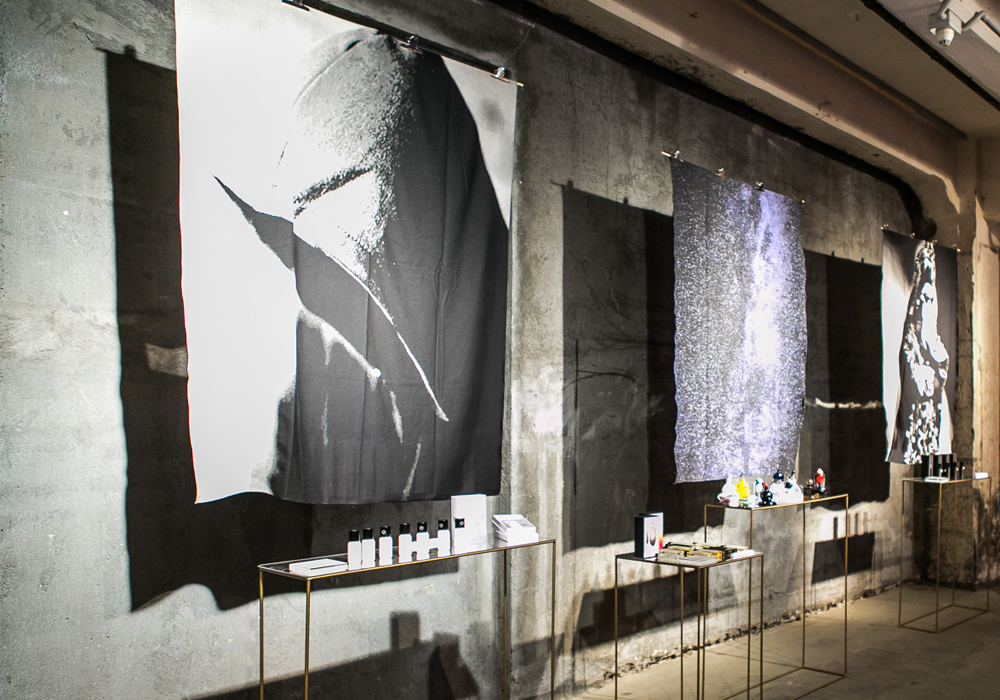 I asked Intertrade’s president Celso Fadelli how this had come about. “We believe there’s lots of connections between fabric and our perfumes. When you touch fabric, it creates an invisible feeling, very similar to the way you ‘feel’ a perfume, which is also invisible. Customers are looking for more authentic stories from fragrance today, here in Italy, artisan textiles companies are proud of their quality and fabrics are often hand made, using high quality raw materials, just as we are doing with our perfumes” 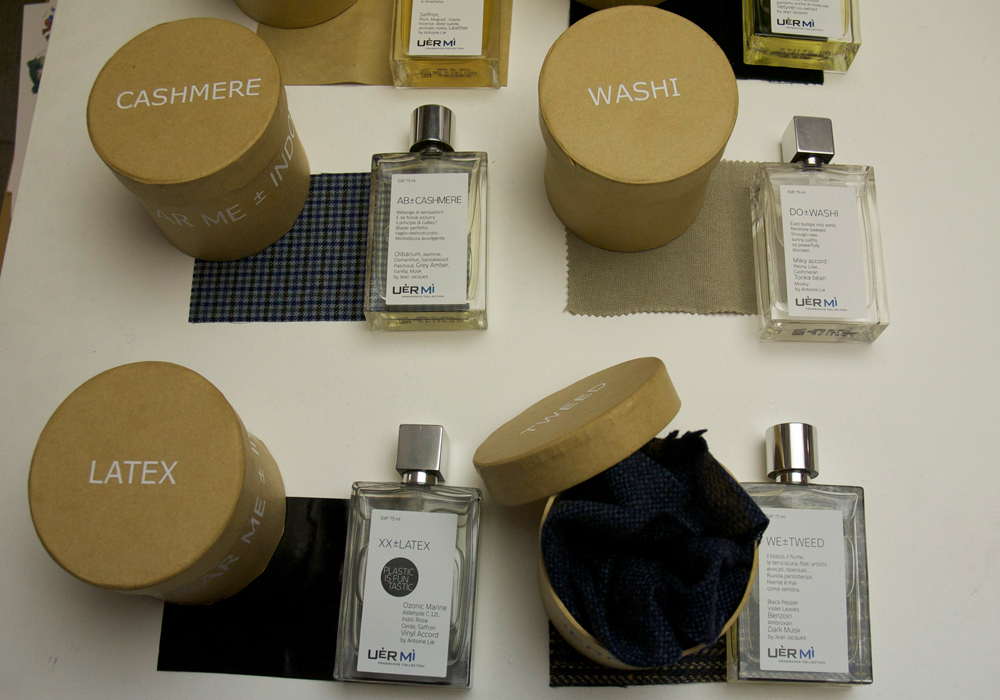 It’s a point shared by Uèr Mì’s co founder Aurora Carrara. “What the two have in common is that both fabric –which to most of us means clothes- and perfume are worn directly on the skin, so there’s something very intimate about the relationship we have with both of them.”

So, just as we love the feel and touch of a favourite pair of velvet trousers, or the soft brush of a familiar tweed jacket, those emotions can convey themselves in a an olefactory story.

Aurora continued “ Perfume is always thought of as a big memory inducer, but fabric is the same. We asked people about their memories of childhood during our research and many remembered the touch and feel of their fathers’ cashmere pullover, (we are talking Italian memories, remember) or the way their mother’s silk scarves felt against their skin. We realized that it was not only perfumes that bring back good memories, but also fabrics.”

I understand what she means when I sniff the VE Velvet fragrance, a soft woody aroma that is reminiscent of autumn and ‘feels’ richly smooth and easily conjures up the sumptuous touch of velvet. Perhaps we should see fragrance as an invisible textile, even the narrative we use to describe a smell is shared with textiles, ‘comforting’, ‘warm’, ‘leathery’, ‘sensuous’, a scent ‘weaves it’s magic’ or provides us with a ‘comfort blanket’ with which to brave our daily challenges.

Back at Pitti Fragranze, Interetrade’s luxurious 60% wool, 40% cotton jacquard posters, made by a tiny, family run Italian weaver, hang elegantly from the ceiling, featuring images that evoke the essence of each of the perfume brands.

From the iconic black and white photo-image of Diane Pernet, whose eponymous perfume range launched this year, to the immense and deeply dramatic indigo Nordic night sky, which represents the new Blue North scent from Swedish brand Agonist, the jacquard weave proves an elegant carrier of a scented story.

I am particularly drawn to the Agonist image, representing the way the moonlight hits the ocean and lights up the dark Nordic sky. It is stunningly impactful from both sides –being a jacquard weave. Cannily, it will be available to buy as ‘support’ to the fragrance.

Niclas Lydeen, co founder of Agonist explained that from the start, the company wanted to manifest the scent into another material; it has previously used hand crafted Swedish glass for limited edition bottles, now they are exploring fabrics. He explained “Blue North is a fragrance that captures both freshness and comfort of Swedish winters, so when you cover yourself in the textile it’s the same as you would do with the fragrances, it’s the same narrative.” 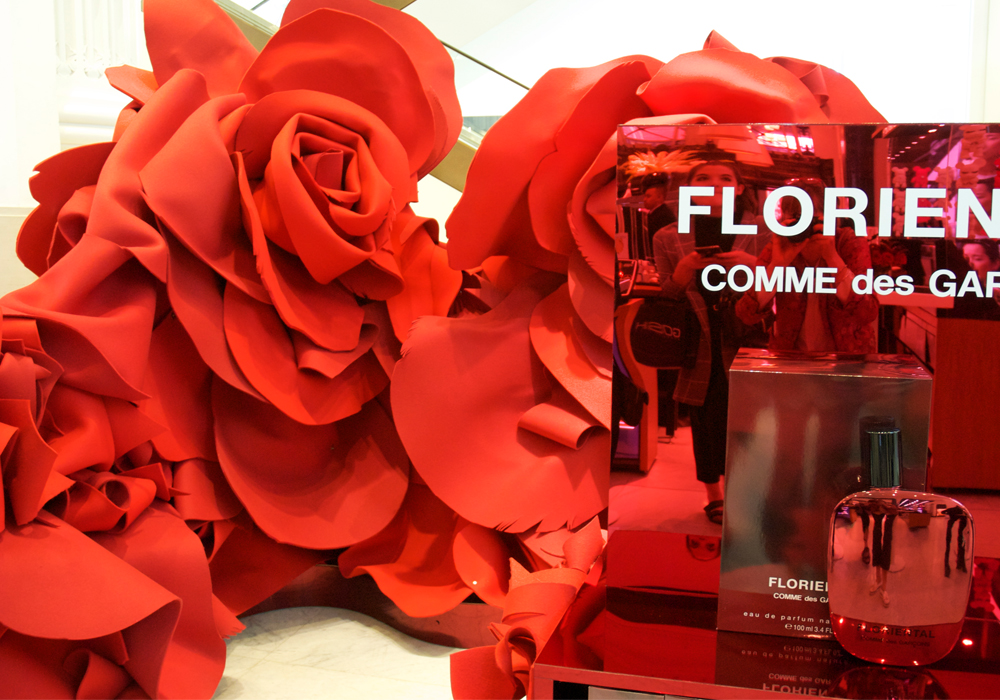 And in case you think this might be just and Italian ‘thing’, it’s happening in the home of fine fragrance too. Frenchman Francis Kurkdjian is the nose-of-the-moment, creating many of today’s most successful designer house fragrances. Within his own range he is keen to explore the sensual connections of fragrance to, amongst other things, textiles and has produced a collection of scented leather accessories as part of his own Maison Francis Kurkdjian range.

Comme Des Garcons, maker of both uber-chic clothes and fragrances, recently employed renowned set designer Andy Hillman to create an immersive and giant flower wall of ruby-red, felt roses for the launch of its latest fragrance Floriental at Selfridges. The lushly thick petals were sprayed regularly with the scent, creating another blanket of scent for customers to wrap themselves up in.

Hull is one of those places you have to make an effort to go to. You can’t pass through in the car, or on…