There’s no doubt the next few days/weeks will be filled with tributes to David Bowie, highlighting his contribution to art, music, fashion and culture. One of the most important musicians of his era he influenced so much more than just music and as I was trying to explain to the younger people I work with yesterday, our generation are eternally grateful for this and they should be too.

Growing up in 60s and 70s Britain was very differen to the open minded place it is today. The closest we got to gay people in mainstream culture were comical ‘safe’ characters such as Larry Grayson or John Inman and cross dressing was reserved for the likes of Stanley Baxter and Dick Emery.

Bowie’s flamboyant, androgynous alter ego Ziggy Stardust’s hit single “Starman” and album The Rise and Fall of Ziggy Stardust and the Spiders from Mars, had a huge impact on not only music, but on British culture. Biographer David Buckley, said Ziggy Stardust “challenged the core belief of the rock music of its day” and “created perhaps the biggest cult in popular culture”

From there he began experimenting with different genres of music with each album, ranging from punk and pop to soul, blues to electronica, funk and new romantic. He constantly changed his style as well as his music – in a genuine rather than manufactured way (unlike so many of today’s musicians) – pushed boundaries and challenged perceptions around fashion, gender, and sexuality.

Watching David Bowie on TOTP was painful with parents in the room – ‘bloody hell, is that a boy or a girl” or ‘what the hell does he look like.’ But somewhere deep inside a little voice said, ‘oh ok, I’m not the only one who doesn’t want to be normal’.

Standing out from the crowd was hard in 70s Britain and incited hatred in a way that now seems unbelievable in a world where gay men kiss on Coronation Street and the Womens Hour list of the most influential women of 2015 included a trans woman. If you were gay, lesbian, trans gender, punk, new romantic or even just a little bit different, life was hard. You had to have your wits about you when you walked down the street and hateful comments, even violence, were a regular part of every day life.

There were no Facebook groups to join and celebrate ones individuality, or Instagram  feeds to follow others with similar likes or style. It was just you and a small handful of outsiders who sought each other out in a grubby underground nightclub somewhere in town every Friday night and danced to music that made you realise that no you were not normal, but it was ok because you were part of a secret very special group of people who knew. People who knew that there was more to life than small towns and small minds and there was a world out there filled with fabulous freaks and crazy creatives who pushed boundaries and asked questions.

Grayson Perry sums it up.

“At exactly the same time I was experimenting with dressing up, and it felt like Bowie was giving me and a whole generation of kids permission to explore the dressing-up box. The sheer danger of it was what made it extraordinary. I would call it social bungee jumping. Terrifying but thrilling.

Bowie made a great woman – later on, I remember seeing him in the video for Boys Keep Swinging. He looked amazing with long red hair, lipstick and high cheekbones. As a young proto-transvestite I felt very jealous. All I wanted to do at that point was look like a pretty girl and of course Bowie managed it effortlessly”. 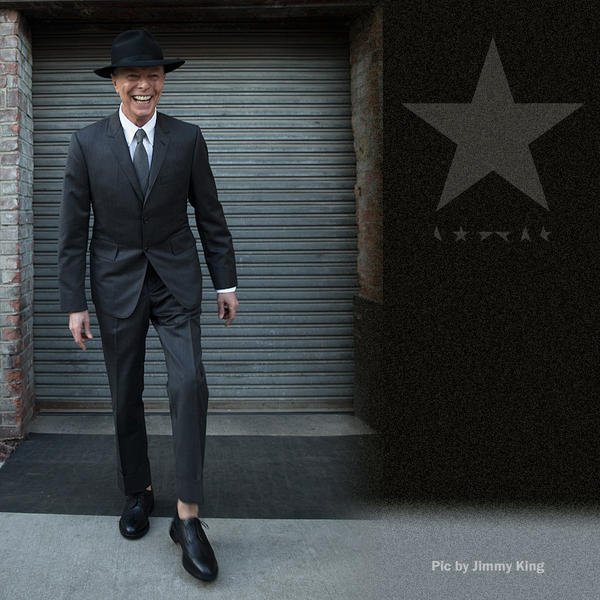 An icon of our generation who inspired us to stand out and be ourselves and continue to do so as we age – a true creative till the end.