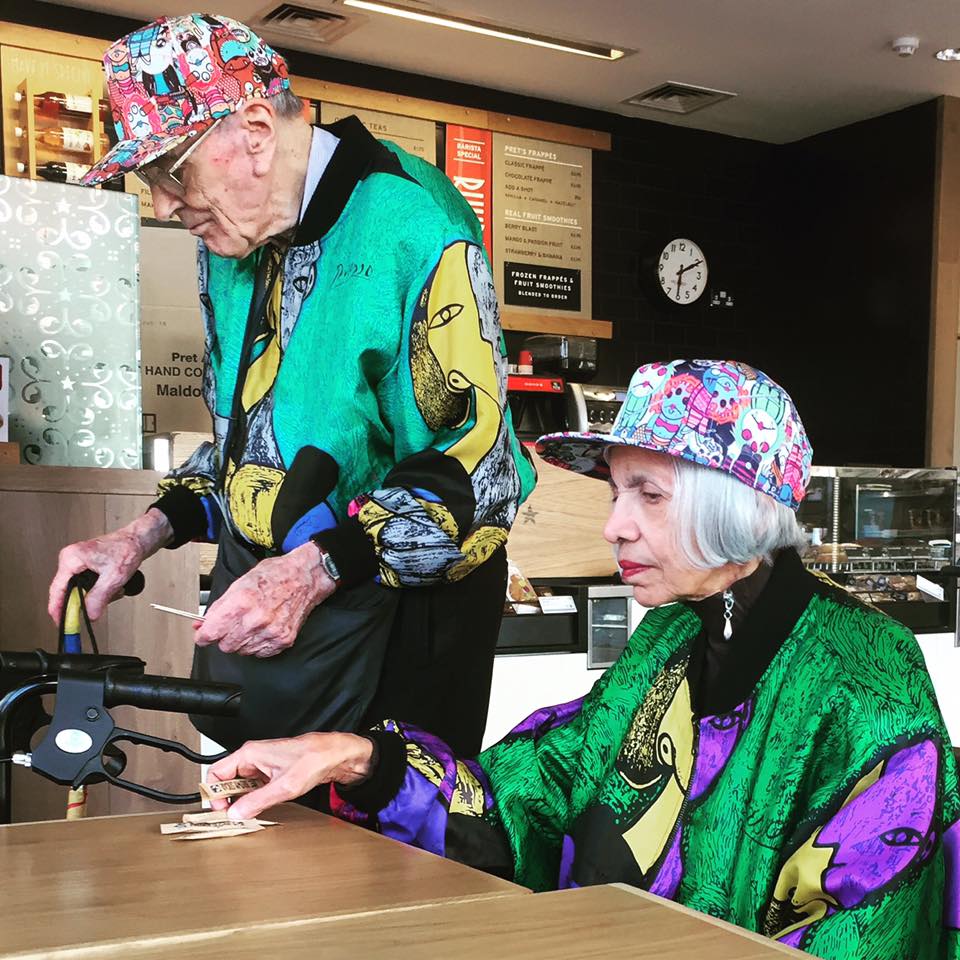 Everywhere you look in London there are interesting people and things to see and it’s important not to become blasé and uninterested, especially when smart phones demand our attention on an almost constant basis – or it that just me?

Yesterday I was having a coffee between graduate fashion shows in Shoreditch High St, when this couple walked in. I say walked – they actually moved very slowly as they were obviously extremely old and the woman had a walking frame.

They were remarkable for many reasons, not least for their fabulous matching outfits (they even had matching trainers). They were also were really old in an area populated almost entirely with young people (Shoreditch for those who dont know London is hipster central) and they were in a Pret, which again if you don’t know London is a fast moving, don’t stop and linger for a second or you will miss your slot in the queue, sandwich shop  – and finally they seemed very close.

Their entrance caused something of a stir – but they were obviously regulars – as they sat straight down and the staff brought their drinks over – which never happens in Pret.

They enjoyed their coffee and chatted to each other in a way that made it clear they had been together for a long time, but were still very much in love.

Later as I was telling my family about them over dinner, my son said he had seen them before in the same area – so perhaps this was a daily occurrence – I like to think so.

I have been thinking about them ever since – and will think of them often as I age – after all, isn’t getting coffee in matching outfits, the best way to grow old.

The last time I spent the entire week glued to the news was after 9/11, when we all felt compelled to watch the horror…