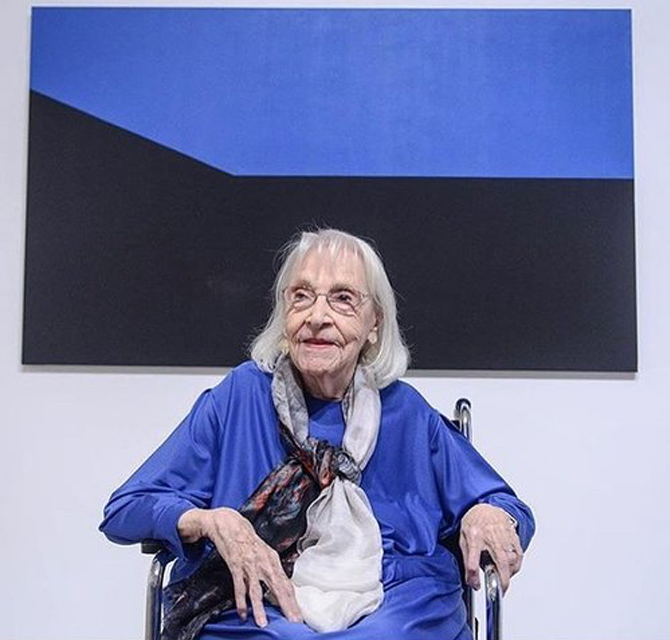 Our intrepid guest blogger, Elena Bowes, has visited the Whitney’s exhibition in New York, on Carmen Herrara, one of the oldest living women artists still working. Still painting – and taking a small scotch after lunch – daily, Carmen is an inspiration on how to be successful later in life.

For most of her life Carmen Herrera’s pictures of vividly coloured geometric shapes went unobserved. The Cuban-American artist didn’t sell her first painting until she was 89. Now at 101 she is having a long overdue retrospective called Lines of Sight at the Whitney, the first major show of hers in New York for almost two decades. 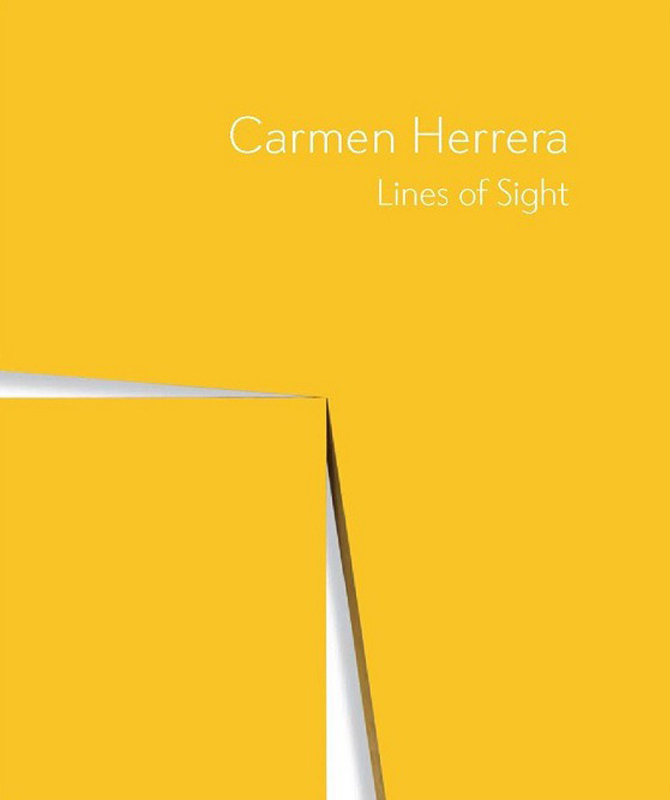 Herrera painted in relative obscurity in New York City for about seventy years. She’s quoted in one article complaining that the Museum of Modern Art kept going to Cuba to find artists. “I was right here in New York. Why go to Cuba, for God’s sake?” she said. 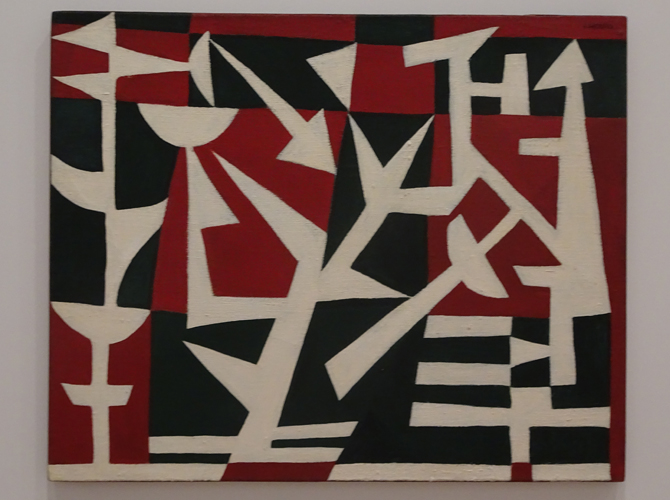 Loyal to her throughout her career was Herrera’s dedicated husband of 61 years Jesse Lowenthal, an English teacher at Stuyvesant High School. He died before she’d sold her first painting. There’s an old saying, Herrera is quoted as reciting, if you wait for the bus, the bus will come. “And I say yeah, I waited almost a century for the bus, and it came!” 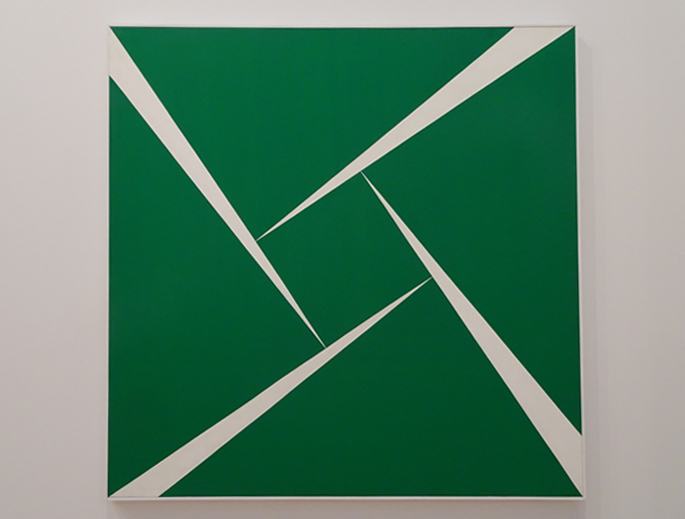 Herrera developed her distinct trademark style of sharp lines and contrasting chromatic planes in the late 1940′s. Her minimalist geometric signature style is recognizable by its simplicity and superb use of colour.

Herrera’s male contemporaries in the fifties and sixties – Robert Rauschenberg, Ellsworth Kelly, Frank Stella and Barnett Newman – were getting lots of attention, attention that eluded her. The fact that she was a woman and an immigrant undoubtedly played against her. But Herrera was undeterred. She loved what she was doing, she was and is dedicated to her vocation. 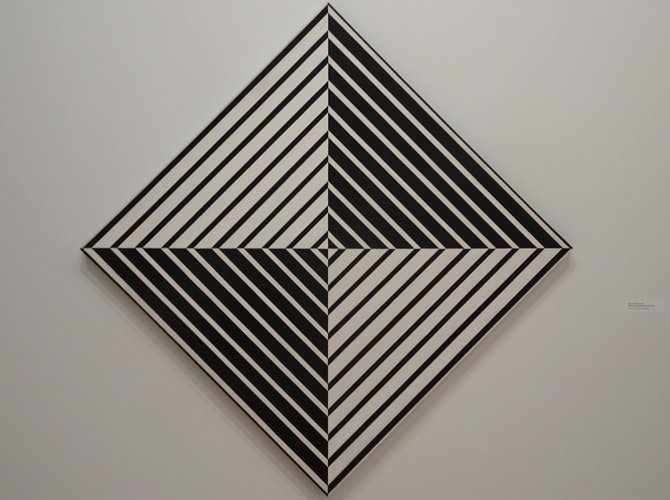 Herrera initially studied to be an architect which she credits with teaching her how to think abstractly and draw like an architect. She learned how to take away everything that was not crucial. It wasn’t until her friend artist Tony Bechara put Herrera’s work in a group show in 2004 that people started to take notice. 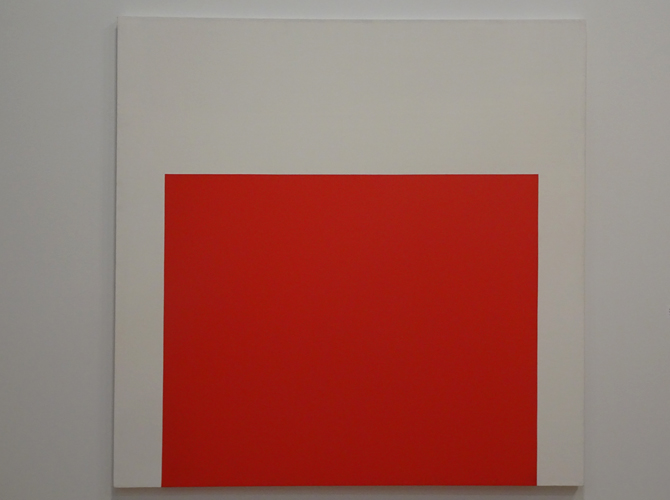 Herrera, who is now wheelchair bound, still paints most days in the same Gramercy Park studio apartment that she has lived in since 1954. Her day begins with a cafe con lecche in the morning, drawing at her table by the window, breaking for a noonday scotch and water and returning to work after lunch. 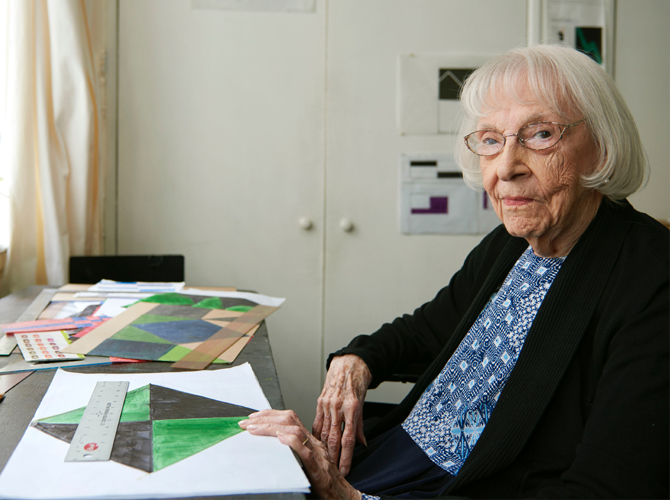 Reading through past interviews with Herrera, it’s clear that she is feisty, funny and wise. Here are some quotes I liked:
“I never met a straight line I didn’t like.”
“Since I am famous my life is hell.”
“When death happens it will happen – it can’t be that bad if everyone is doing it.”
“Don’t be intimidated about anything.” 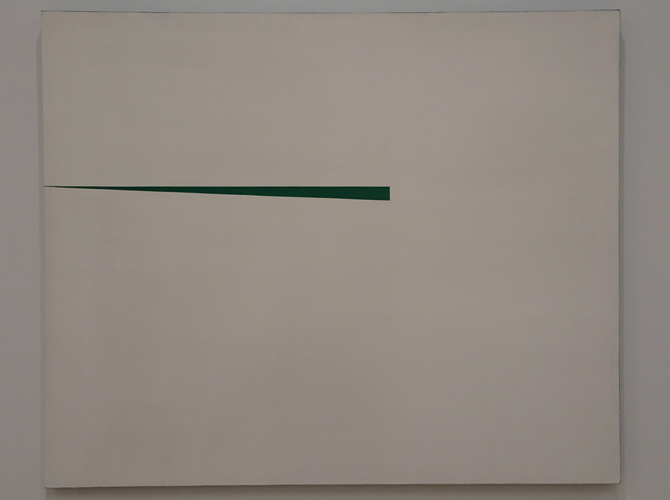 The Whitney is showing The 100 Years Show on Sunday, October 16th. It is a 30-minute documentary on Herrera that was a 5-time winner of Best Documentary Short when it aired last year. Or if New York is not on your itinerary this autumn, download it on Netflix. 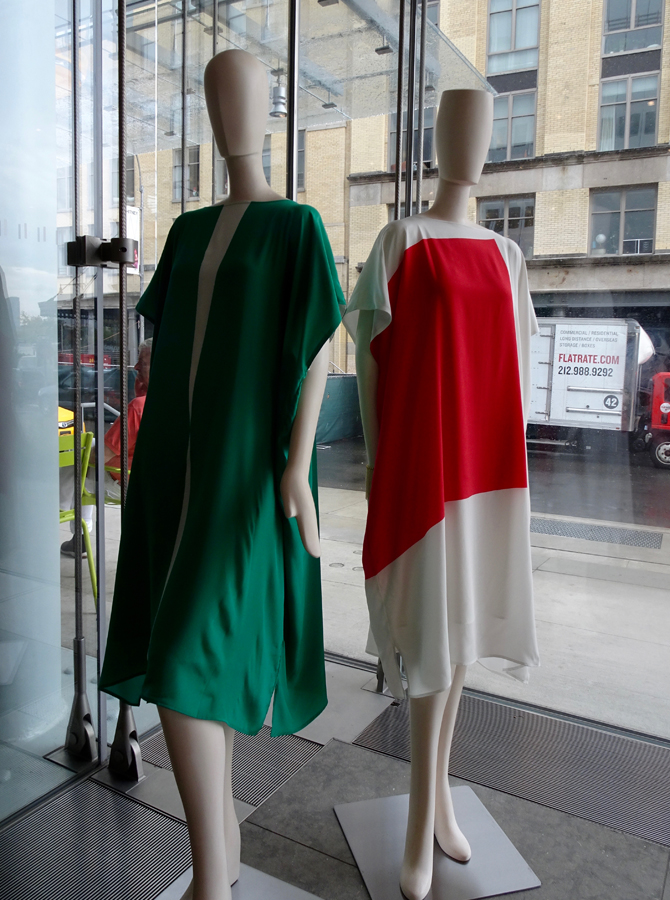 Also not to be missed are the Herrera-inspired silk dresses from Narciso Rodriguez available in the museum shop or on-line.
They cost $330 and can be shipped fed ex int’l economy which takes 7-15 days depending on customs. The stunning exhibition runs through January, 2017. Check the Whitney’s website here

I know we’re in danger of turning into the Iris Apfel fan club here on TWR, but for those of you who don’t buy Dazed…