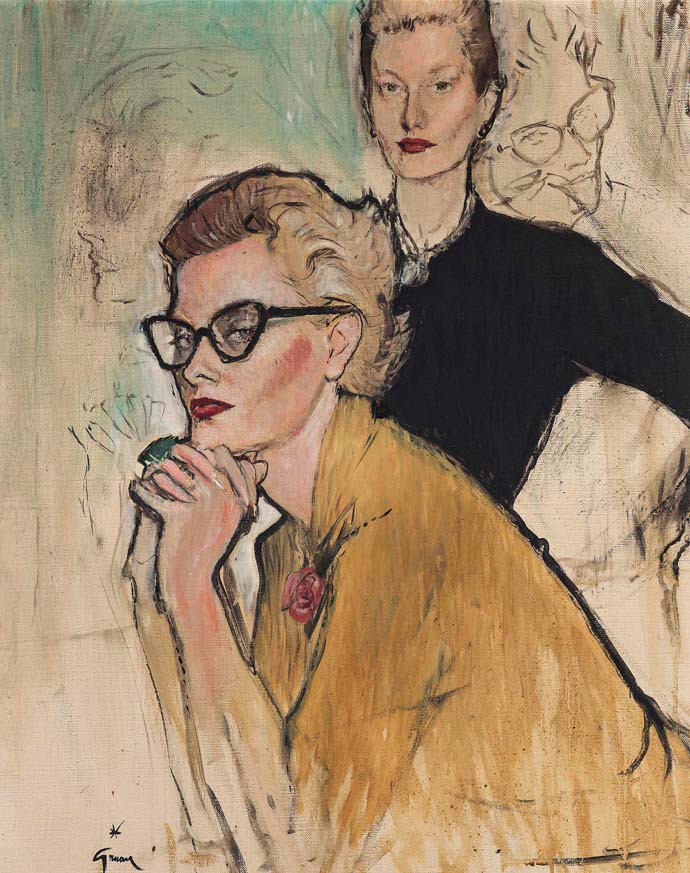 Anyone in London around the 17th to 23rd November might like to take a trip to Christie’s South Kensington showrooms to view the belongings of my new girl crush going under the hammer.

Fleur Cowles was an American editor known for her great style and for founding an exquisite – but ultimately money-hemorrhaging – luxury magazine called Flair. It only lasted a year, but became hugely influential for its style and ideas, and vintage copies are traded enthusiastically on ebay. The reason I am keen to get closer to Fleur’s collections are threefold;

1) She had great taste, think Mad Men crossed with Diana Vreeland. Take a look at the images here of her collections, I mean, who doesn’t want nine hand painted hessian screens by Federico Pallavicini to go behind the sofa (above)? 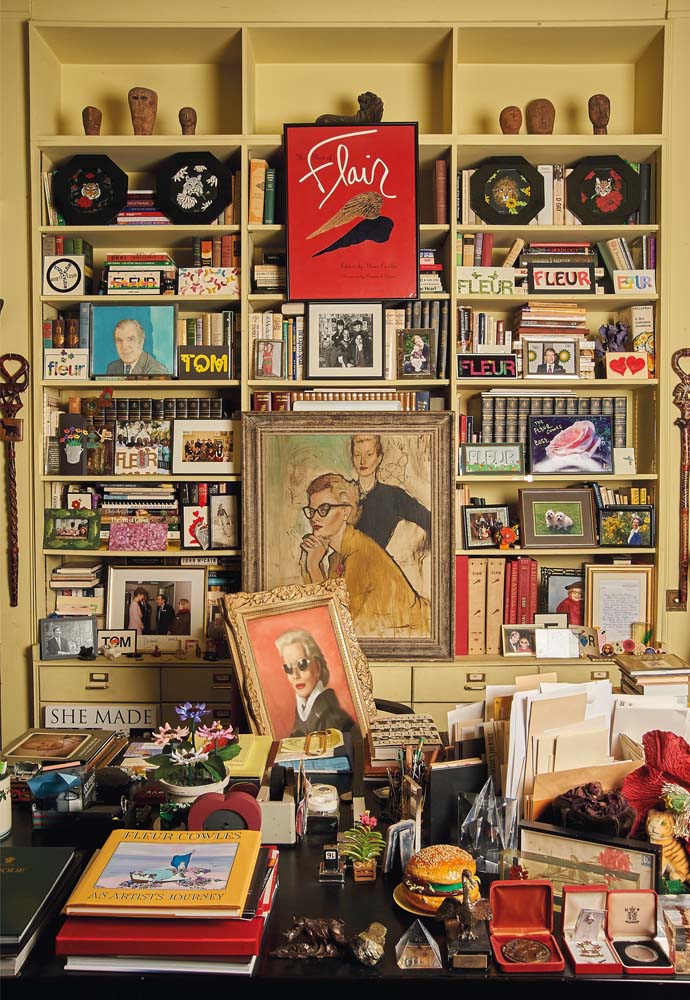 2) She lived for 50 years -with husband No4 – at Albany in Piccadilly, a place I’ve always been desperate to nose around ever since I read that Terence Stamp lived there. The mansion house is divided up into 60 odd ‘sets’ (as they are called, ‘flats’ being far too common a word, presumably), Fleur lived in two sets and she entertained the likes of Cary Grant (who was best man at her wedding) and HRH the Queen Mother (she was her best friend).

I frequently walk by both the grand front entrance close to Piccadilly Circus and the discreet back entrance at the bottom of Savile Row, with its burnished brass door knob, ever hopeful that a door will be left ajar so I can peek in. Until then, I will have to make do with these rather wonderful images of Fleur’s ‘sets’ and dream on. 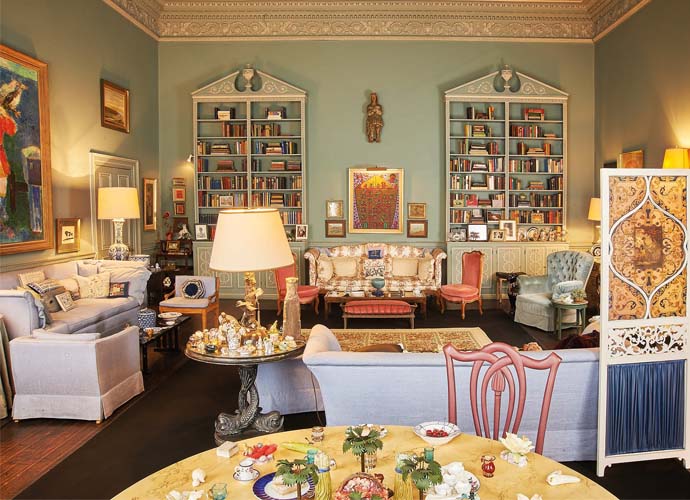 3) She was HRH The QM’s best friend, something you will only get excited about if you too, have binge-watched The Crown. I lost most of last weekend to all ten episodes and found it fascinating, although I have to say I have gone right off HRH the QM. It wont be long I feel, before the head scarf has another big fashion moment. 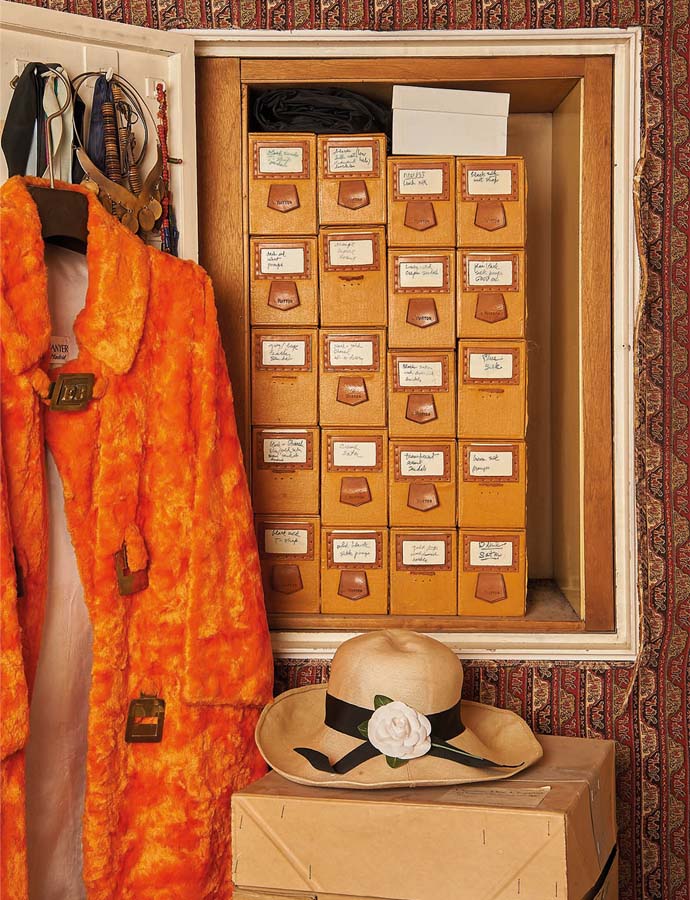 The sale has many lovely things from Fleur’s belongings, including her clothes, I have my eye on this gorgeous mandarin fur number -above- with its brass and jewelled buckles. And that hat.

There is a masterful portrait by the artist Rene Gruau of Fleur for sale, although you’ll need upwards of £10-15, 000 if you’re interested, it’s the top image above and it artfully captures her determination and style, I’m also rather taken by her glasses.

Viewing for the sale is at Christie’s South Kensington from November 17th, see here for details. You can download the catalogue of items for sale from Fleur’s collection here, the auction is on November 23rd and remember you can bid on line. See you there!

With so much rain falling in the UK and weathermen predicting more for years to come, can we justify investing in a smart rain…