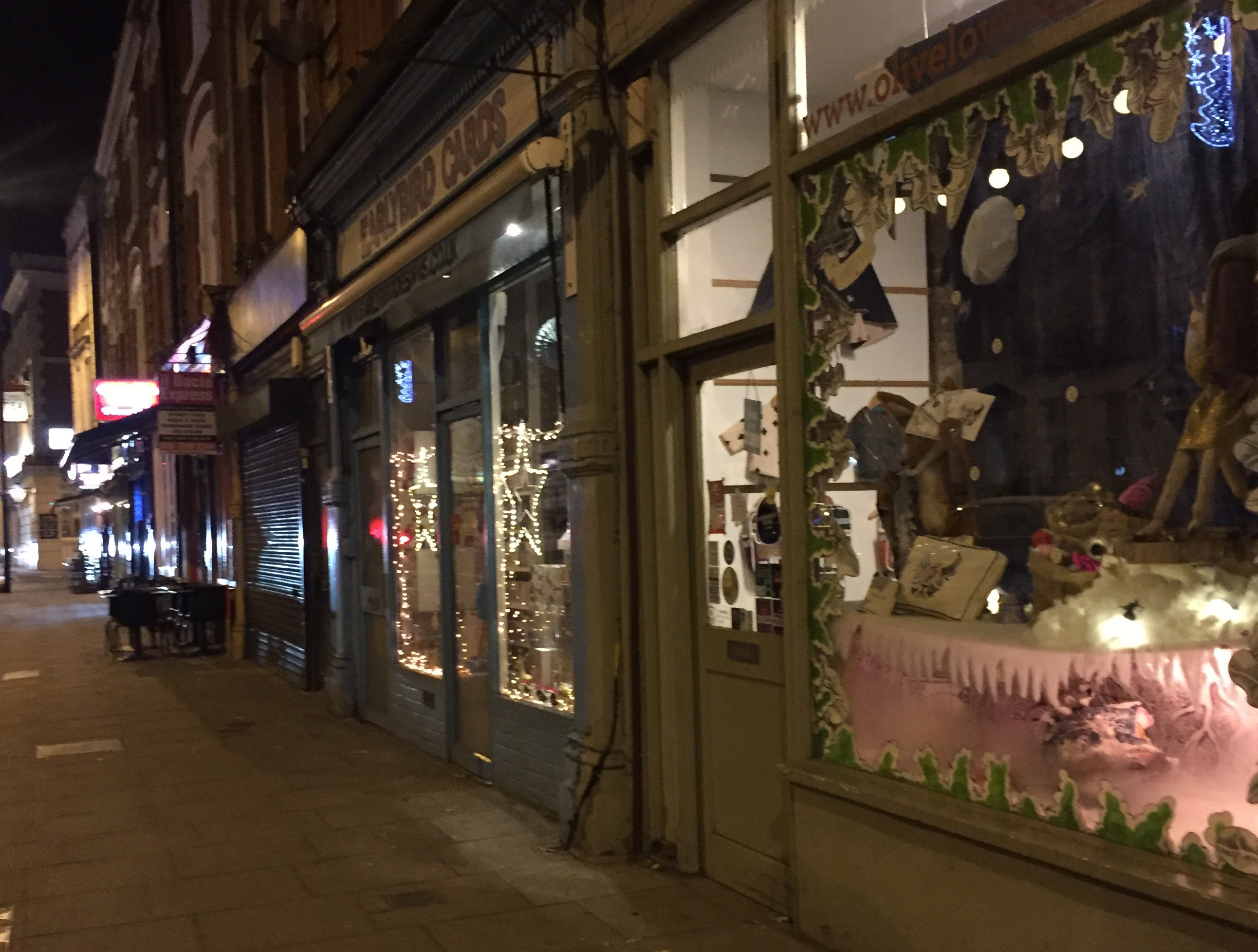 Wandering down Columbia Road last Sunday was even more special than usual. We had our first whiff of mulled wine, the stalls were abundant with winter berries and eucalyptus and huge Christmas trees lined the sides of the road.

London is such a special place at Christmas and this year we seem have embraced the twinkling lights, roaring fires and hopefulness of the festive season even earlier than usual.

I’m not talking about the Regent St lights or Liberty’s windows (which are as fabulous as ever) as we Londoners don’t actually go to the West End – unless we are going to work, or have out of towners visiting. It’s the local shops, the ones we visit all the time, where we know the shopkeepers and they ask how the kids are – that turn into twinkly grottos, offering a glasses of mulled wine and chocolates – warming the cockles and making us feel like the world isn’t such a bad place after all – despite Brexit and Donald Trump!

Our fire station puts up a huge tree every year, commissioning a local artist to make the decorations – last year it was bright neon pink – and this year it features multi colour net decorations. There are street lights too – with this years slogan being ‘Make Hackney Sparkle’ and we have carol singers and the odd random brass band wandering the streets. At a push we could pretend we lived in the London version of Stars Hollow (except a multi cultural version) where nothing really bad ever happens. 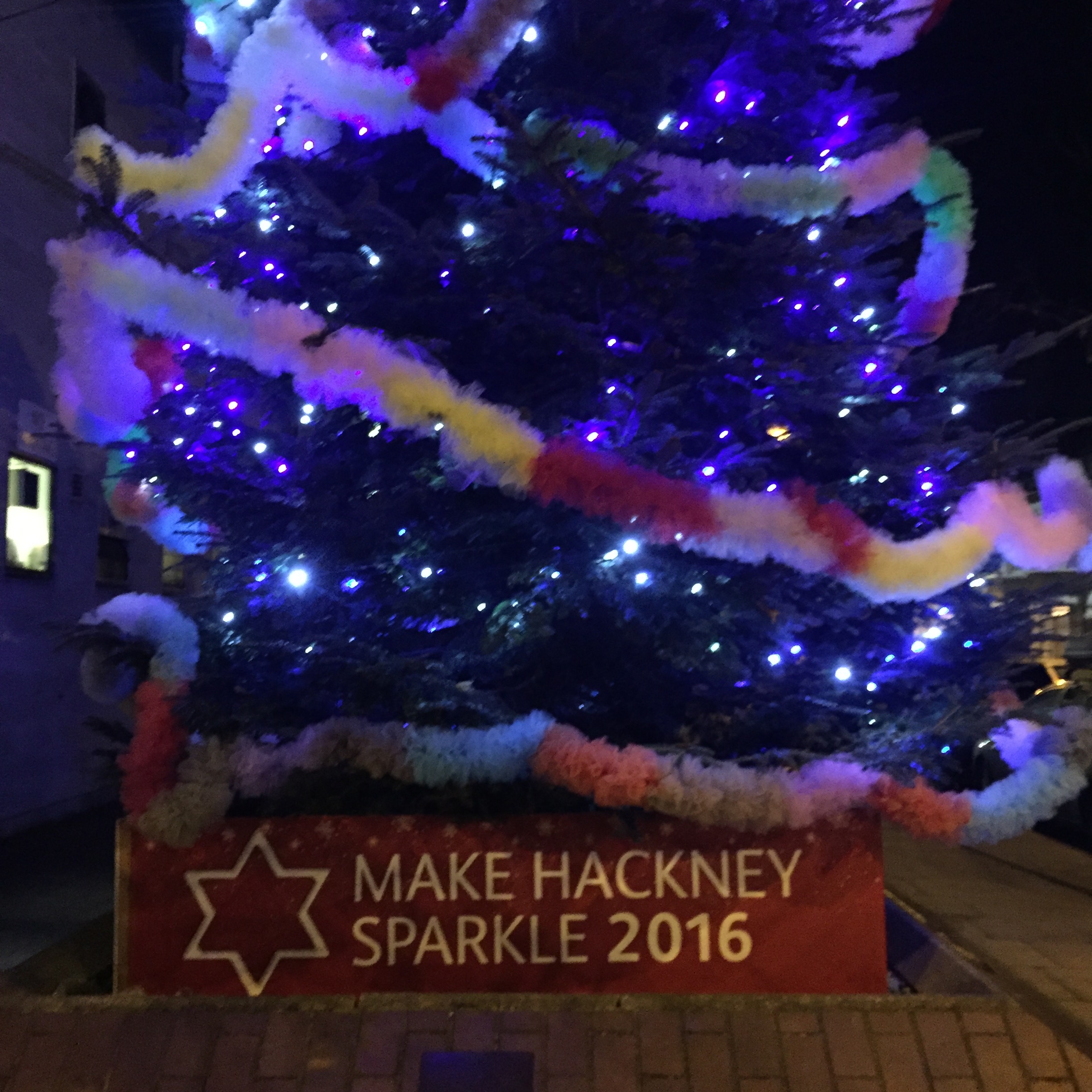 Usually I am a ‘second weekend in December’ Christmas tree person but this year I’m going in early and decorating the house within an inch of its life from December the 1st.

2016 has been a hell of a roller-coaster and 2017 might be even worse. Bugger the fact it can be seen as bit common to put up your tree early. My friend Deborah is the poshest person I know and she bought hers on Sunday. She also has giant Christmas puddings on the outside of her house – so if she says it’s ok, then its ok.

We may have mentioned before how much we LOVE all things stationery connected. Liberty opened its new stationery department yesterday and TWR (along with our mate Francesca) were the first visitors (Laurence Llewelyn-Bowen was there too, but we were there…