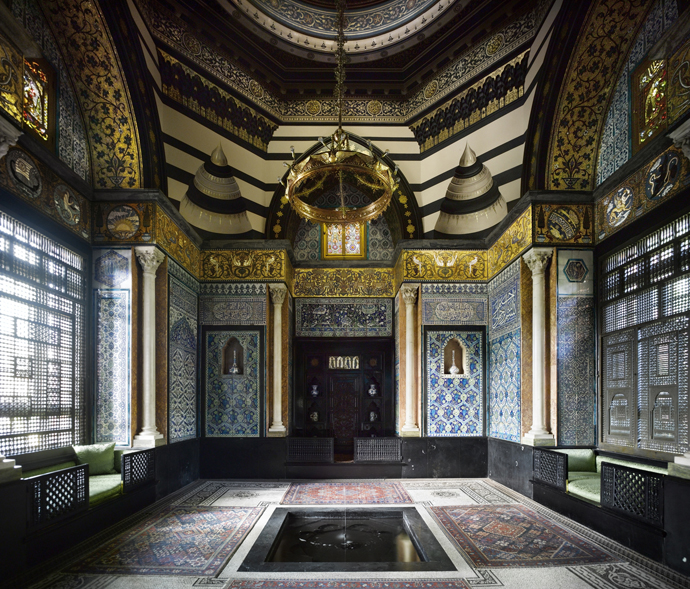 A while back Jane mentioned her disappointment with the new Design Museum and started a comments-conversation on what to see in West London. It turned out we’d never written anything on one of my favourite spaces, Leighton House Museum, just up the road from the Design Museum in west Kensington. 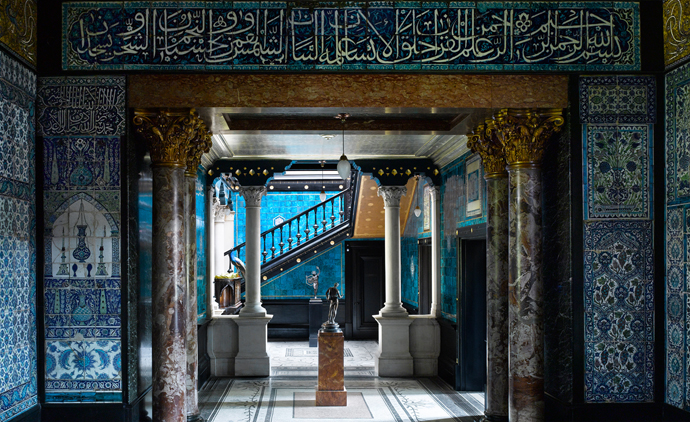 If I ever win the lottery (which I don’t even play) regular readers will know I plan to buy Great Dixter, after which I’ll buy Leighton House Museum as my London pad. It is a dreamy place, richly decorated and just big enough for you to imagine living in without being overwhelmed. Built by the Victorian artist Lord Leighton, it is an extraordinary, beautifully embellished space. The Arab Hall, which would make a very good party room indeed, is clad in 15th century Damascan tiles and has a hand carved, enclosed wooden balcony set into the upper levels from which to spy on proceedings. 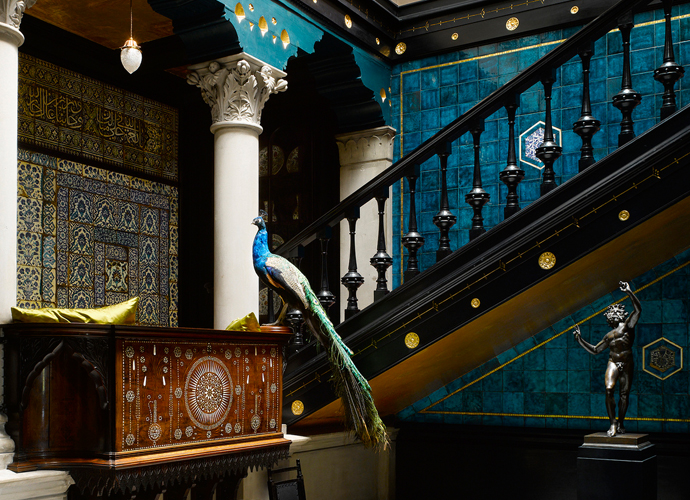 There’s also an internal pond because, who doesn’t want one of those? And a sofa set into the staircase, which strikes me as super useful as I’m always waiting at the bottom of our staircase for some child/husband. It also reminds me of TWR reader Helen’s lovely sitting space under her stairs, only slightly grander. 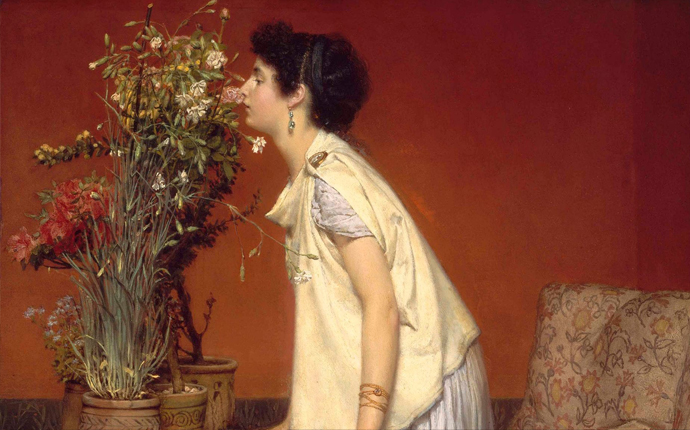 The house is currently exhibiting another Victorian painter, Sir Laurence Alma-Tadema, and I urge you to visit. This romantic, almost Pre Raphaelite style of painting is considered out of favour in the art world currently, where it’s all about bold, modern abstract creations, but I adore it, as did the Victorians. 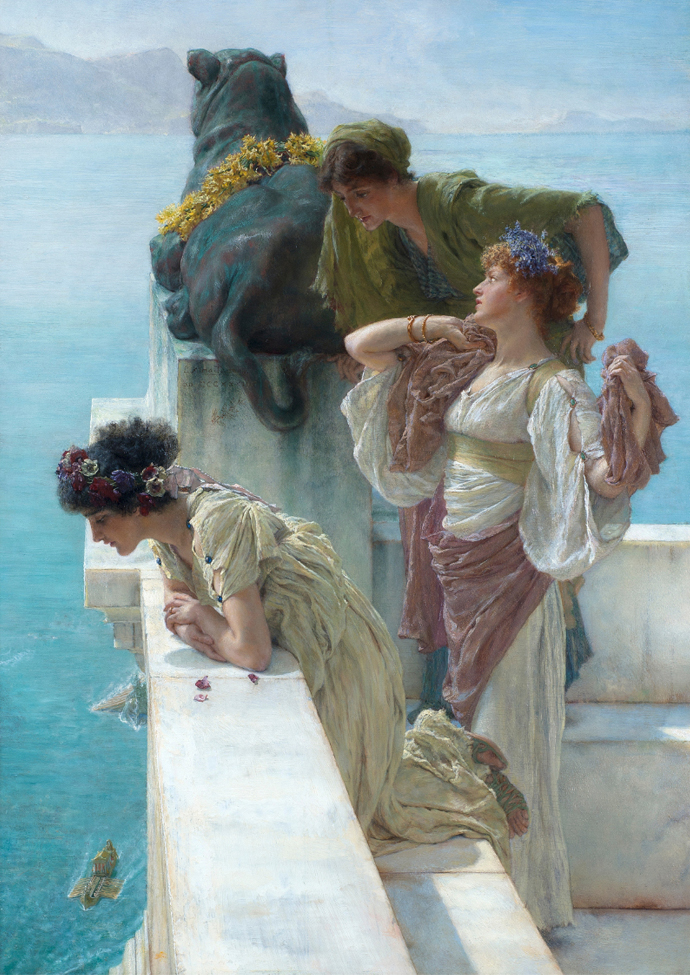 I love the attention to fabric detail, the life-like drape and texture of the clothes worn, the artfully constructed colour palate used and the general sense of some quietly emotional story unfolding on the canvas. Alma-Tadema often used his wife and daughters to model for him and he captures a wonderfully intimate sense of relaxed, familiar movement in their poses. 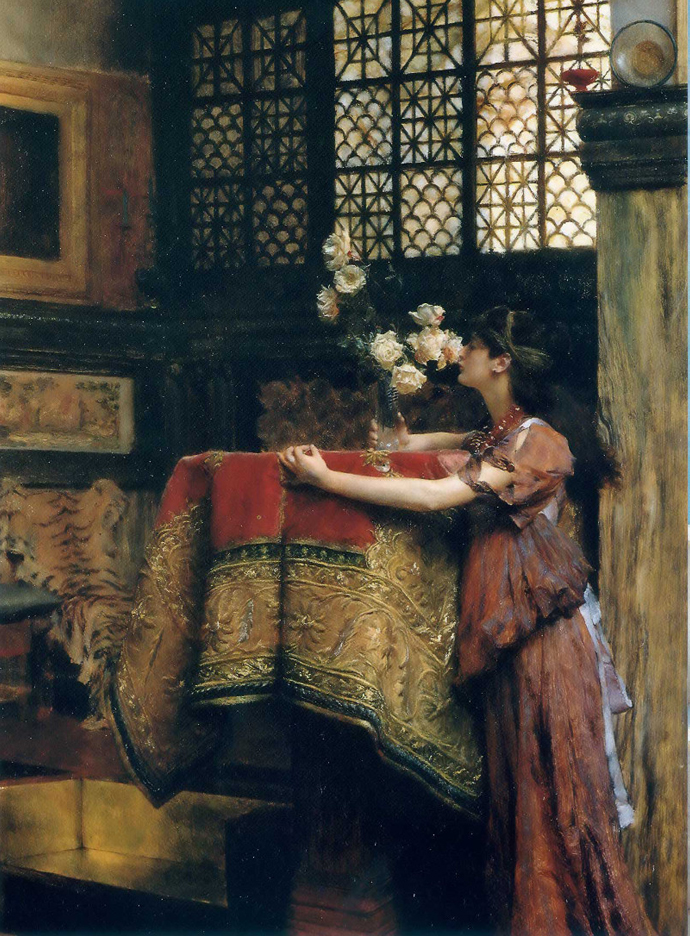 If you are Antiques Road Show fan like me, you might remember the below Alma-Tadema being discovered some time back. it’s on display too. 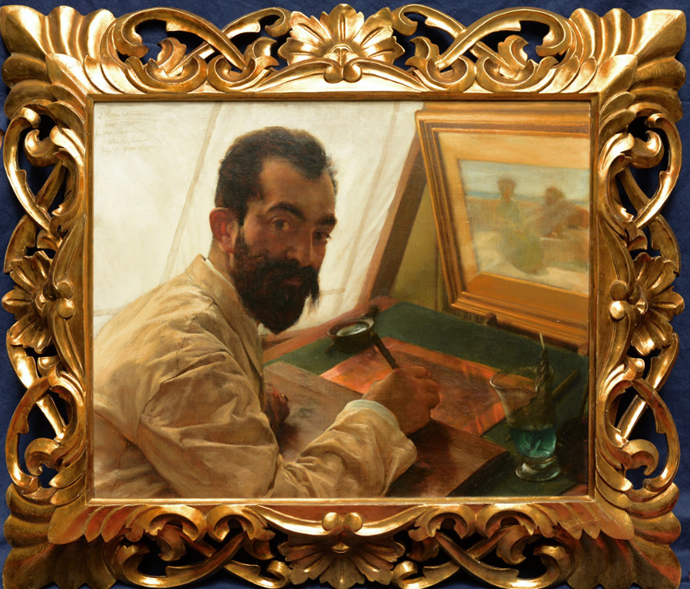 Costume designers have long researched his work for inspiration, Gladiator is practically a scene-by-scene copy of many of the bigger canvases and the exhibition shows the modern screen work alongside the original pictures.

The museum also has a small garden and a coffee shop from where, if you are nosy (ahem, me) you can gawp at the backs of the fantastically expensive houses where people like Victoria Beckham and Jimmy Paige (who is a big Alma-Tadema fan, he attended the opening reception of the show) live. 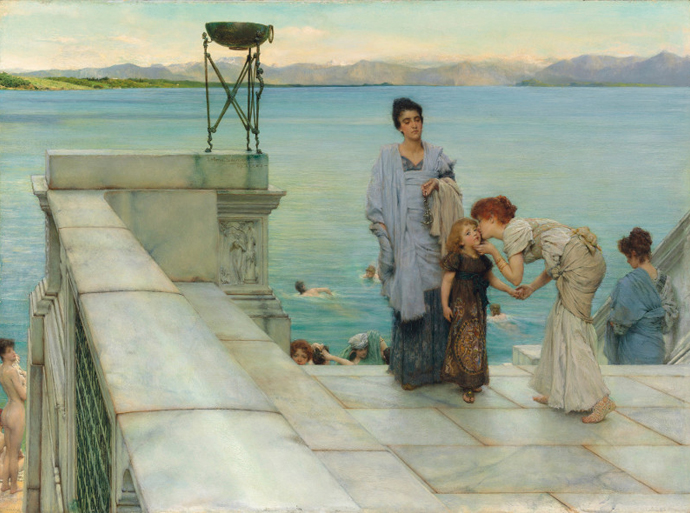 Check opening times here before you visit, the show is on until the 29th October, the house is open all year round and is well worth the trip over to West London for.

All images via Leighton House Museum

Easter is coming up, and if you have no plans and fancy a trip, can I suggest you think about Margate? I appreciate it’s…