Booked your summer holiday yet? Well how about Austin USA. Austin is steeped in the type of cool vibe you expect more from Brooklyn than the state of Texas and art lovers and creatives flock here in droves to experience its very special and unexpectedly relaxed atmosphere. Our roving reporter Elena Bowes visited recently and reports here on what it has to offer.

Austin was not what I was expecting. First it was cold, like New York where I had just flown in from. When a place is supposed to be warm and it’s not, it feels much colder than a place where you expect it to be cold. 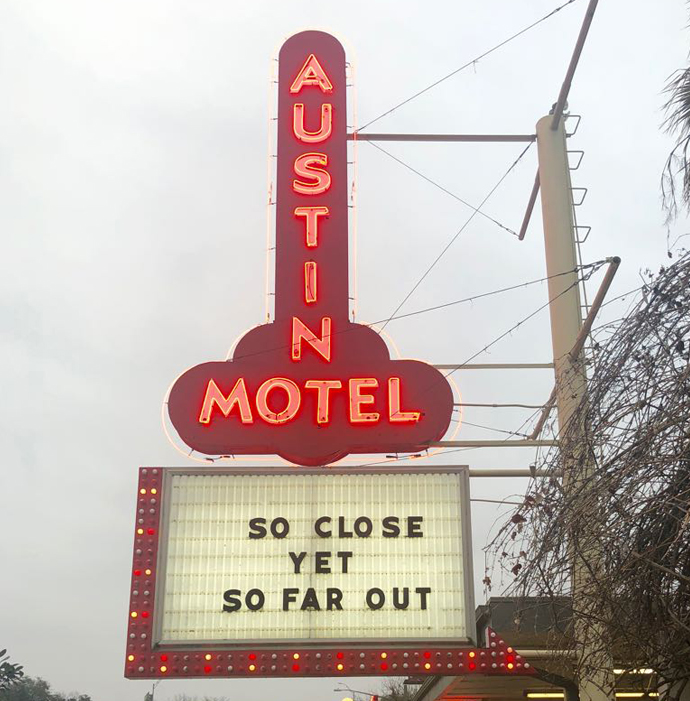 So I spent a lot of my time in Austin – my first trip to Austin or Texas for that matter – in the hotel bath. I even had lunch in the bath (a ’why not?’ moment). In spite of all my time underwater, I still managed to see a lot, perhaps because my hotel was well located on South Congress Street, a quirky spot that takes time to reveal itself. 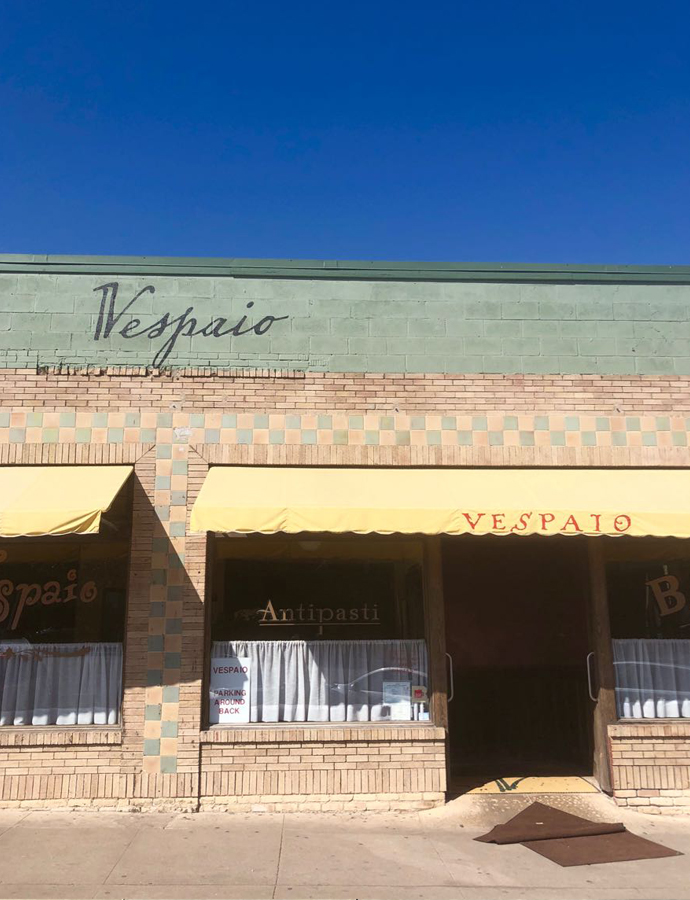 We’re here, said the cab driver.
Really? I looked out of the car window at a bunch of unassuming, low built, bungalow style 1930’s buildings bordering a wind-blown deserted street. This is it?” I asked, not sure I wanted to get out of the car. 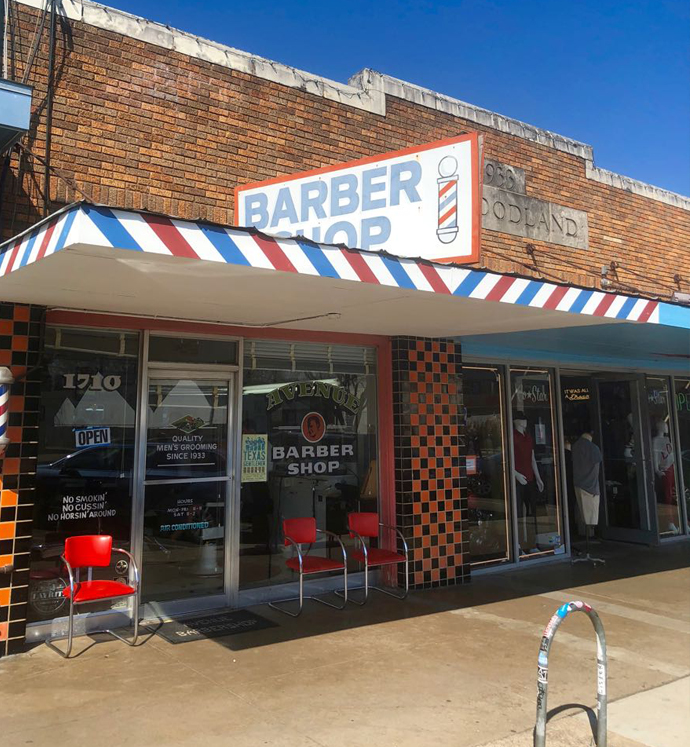 There’s an ad hoc, funky-town element to South Congress that takes a second to warm to and gives you a good flavour for the city and its unofficial slogan ‘Keep Austin weird’. 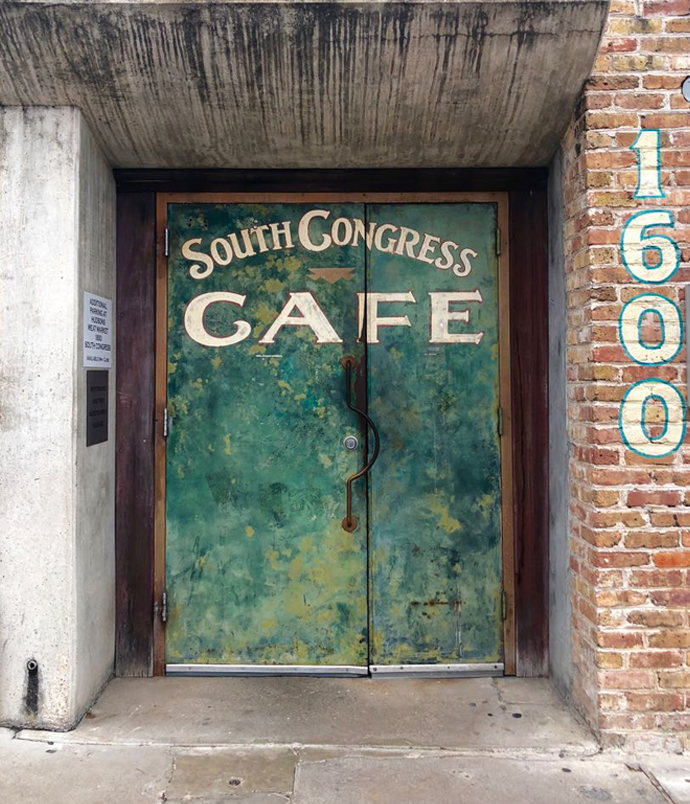 I grew up in Texas, so I like the heat,” says Lake. “The best thing Austin has going for it is this huge green canopy of trees and open space. There’s a commitment to linear trails and park systems. Creeks, rivers flow down into the Colorado river. There are all these swimming holes that are natural- Barton Springs– which is spectacular, 69 degrees (fahrenheit), so very cold. Deep Eddy is another one. 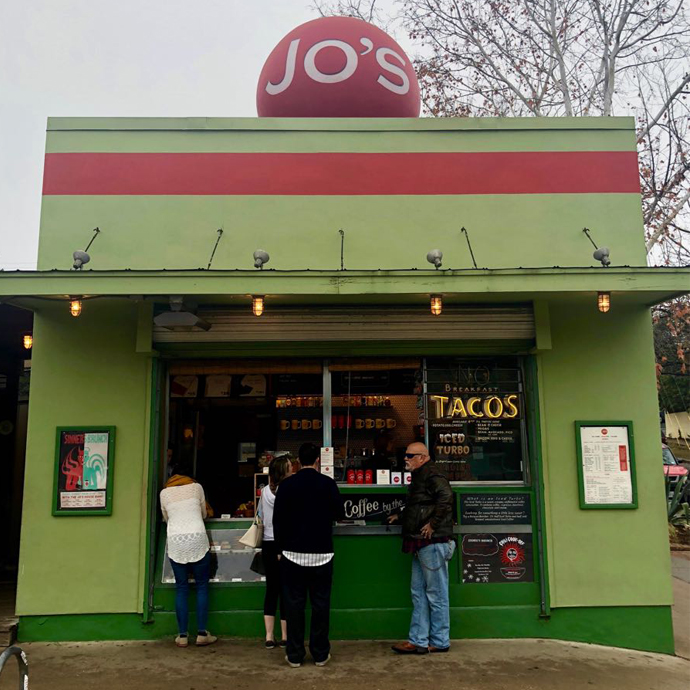 Austin is more tattoo than tiara, explained my sister Alexandra when advising me on what to pack. If only she’d mentioned tossing in some thermals. Weather-wise Austin – the fun, cool, hipster capital of Texas, is nicest in April (don’t miss the wildflowers at Ladybird Johnson Wildflower Center), May, October and November although if heat’s your thing, summer is ok too.

Winter-time, my vote goes to the steamy bath hotel option on South Congress.
The street itself is lined with independent shops, restaurants and clubs. Top picks include By George for clothes, Perla’s for oysters, the Continental Club for music and Jo’s Coffee for a refreshment break. 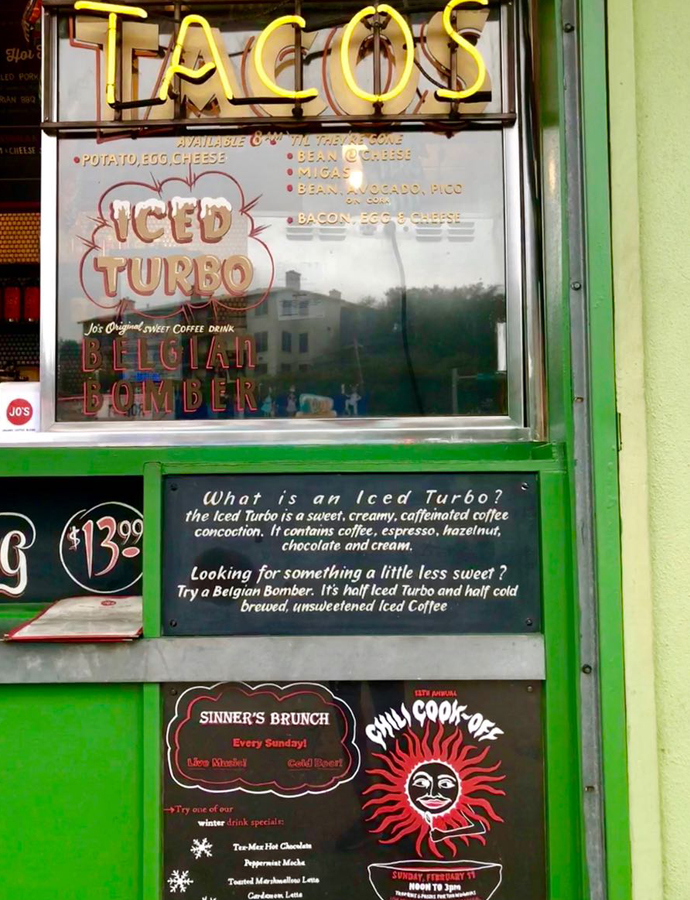 Funky as it may be, Austin is also booming with tech, low taxes and University of Texas so other parts of the city seem more like the Pacific Northwest, the Seattle of the south. 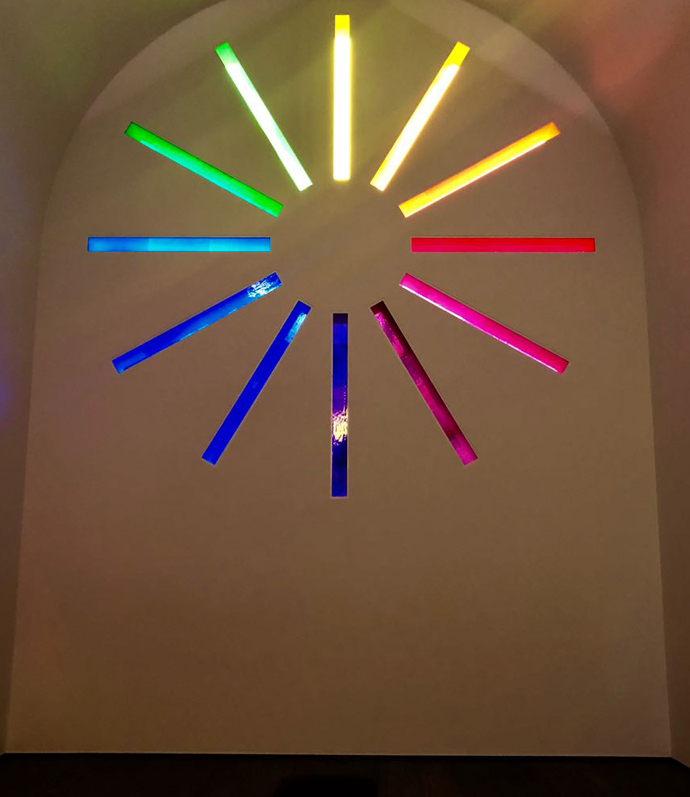 Music is everywhere in Austin – live bands play on street corners, clubs, even a at chili cook-off on South Congress, but in addition to the thriving music and restaurant scene, a new sublime, spiritual Ellsworth Kelly chapel has just opened on the University of Texas campus, an extension of the Blanton Museum, putting a real feather in Austin’s cultural Stetson. I had come to Austin to join my mother and friends to see the new Kelly chapel, an ode to creativity.

“Austin” as the chapel is called is the only standalone Kelly building and a must-see. Read this excellent article in the New York Times to learn more about Kelly’s final masterpiece.

If you visit Austin this spring, don’t miss two Kelly shows – Form Into Spirit at the Blanton Museum of Art, adjacent to Kelly’s Austin on the southern border of UT’s campus and Ellsworth Kelly: Prints at the Lora Reynolds Gallery.

Lake’s firm has just finished Austin’s Central Library and is working on a 3 block project on South Congress, including a Soho House, St Cecilia Hotel addition and condos, the 100-room Magdalena Hotel and more restaurants and shops. 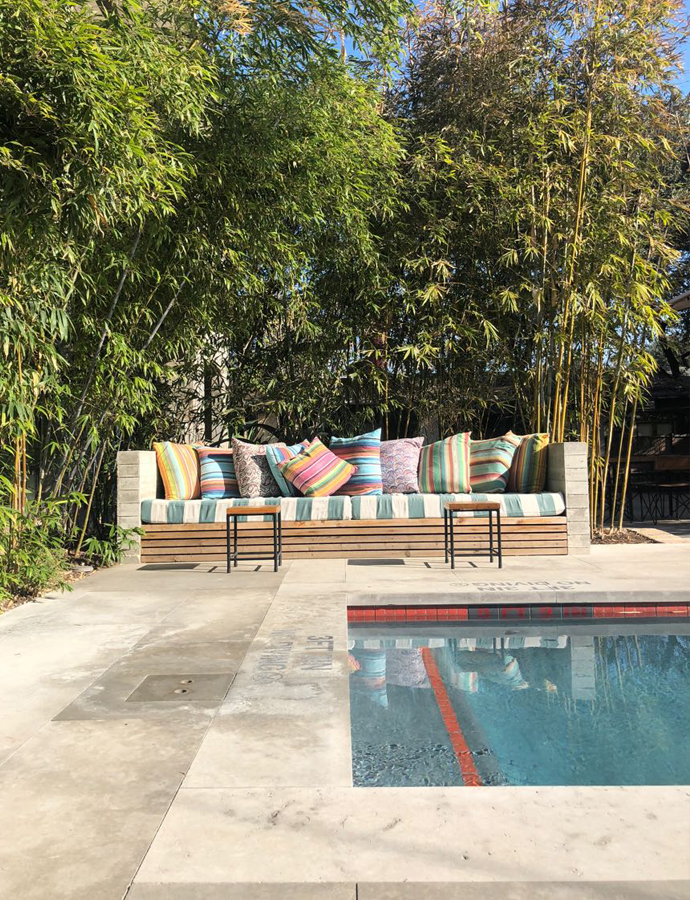 The St Cecilia, upcoming Magdalena and San Jose hotels – all located within a few blocks of one another – are all owned by Liz Lambert and her Bunkhouse group of cool hotels. She also owns the aforementioned Jo’s Coffee.

We did the San Jose 22 years ago, says Lake. We didn’t have much money. It was a motel, a dive, the entire site was asphalt. So we kicked out all the cars and did an enormous amount of landscape.
The more expensive St Cecilia is located on a quiet side street off of South Congress with beautiful rolling terrain, live oaks and a pool. The Magdalena will sit somewhere between the two price-wise when it opens in two years. It will feature an 85′ pool, reminiscent of Austin’s beloved natural pools. 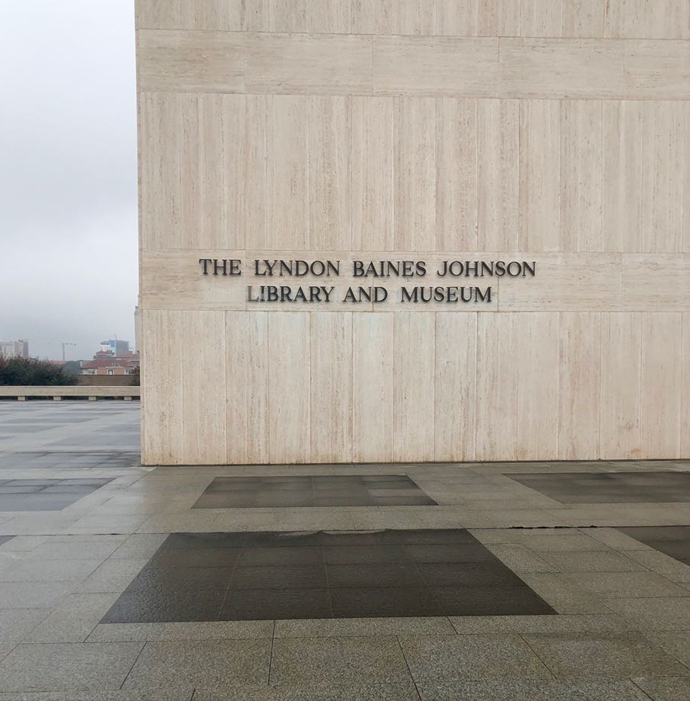 Also, do visit the terrific Lyndon Baines Johnson Library and Museum on UT’s campus. Following JFK’s assassination, LBJ presided over a tumultuous six year presidency (1963-69) spanning Civil Rights protests to the Vietnam War. Three hours flew by in this multimedia extravaganza putting a lens on the consumate politician, his far-reaching legacy and the exciting times themselves. Don’t miss the illuminating and entertaining taped conversations between LBJ and the First Lady, Ladybird Johnson, Post Editor Katherine Graham and various politicians. 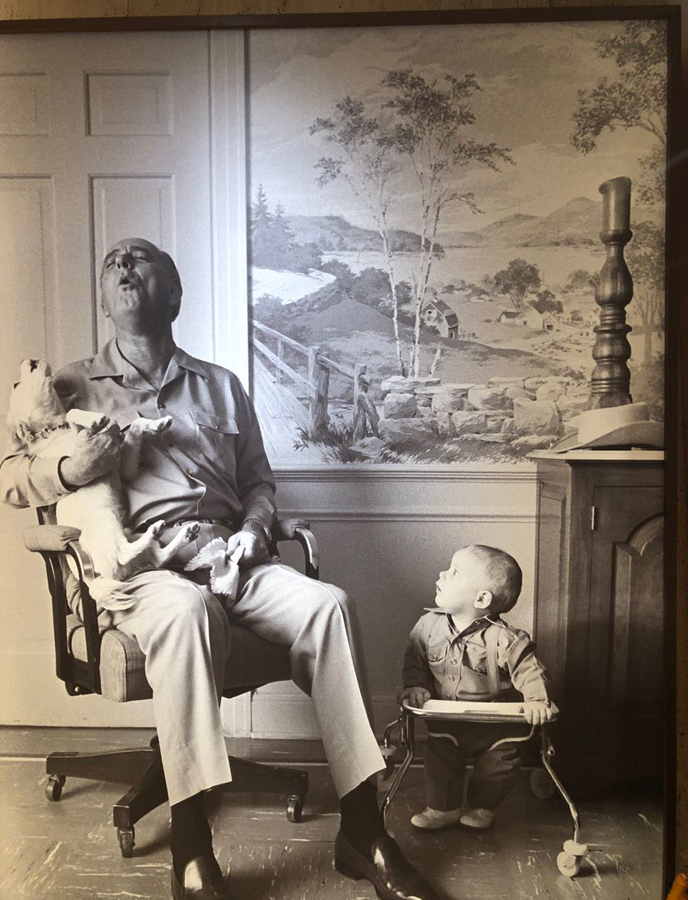 I wish I had had more time in this city. Next trip I want to come when it’s warmer and trade my hotel bath for a natural one. I plan to explore the city trails around Ladybird Lake on foot or bike, check out Ai Weiwei’s bike installation. 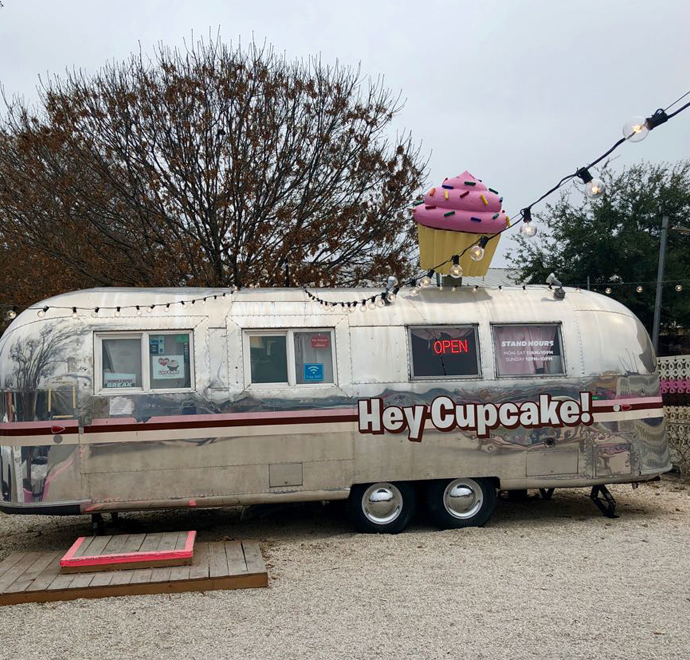 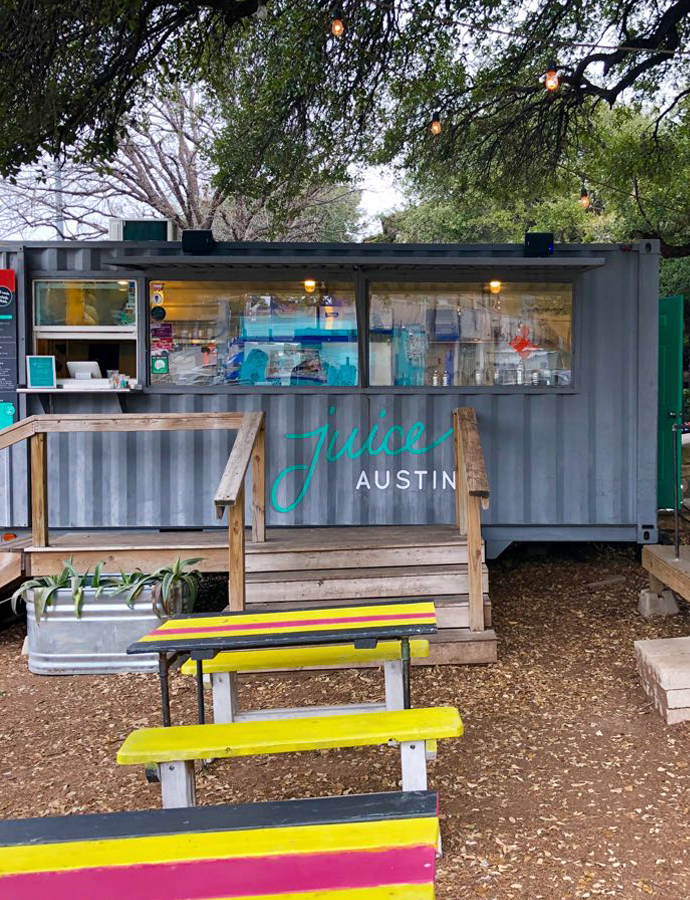 And restaurant wise, I lam definitely returning to Lambert’s (owned by Lizzie’s brother) for its barbecued meats, and cocktails. Eat downstairs, although I was tempted to strut my stuff when I passed the live band on the way to the loo upstairs.

ATX Cocina is a trendy Mexican with delicious duck tacos, buzzy bar scene and a youthful crowd. Others I did not try but will on my encore visit are Italian Red Ash, Japanese Kemuri Tatsuya and Launderette. This last one serves American fare in a converted gas station/laundromat.

More on Austin here.  More from Elena here and do visit her lovely travel blog here.

Recommended by the lovely Sam Baker, this is a lean, beautifully written tale of bleakness that I couldn’t put down. Now, I have to…