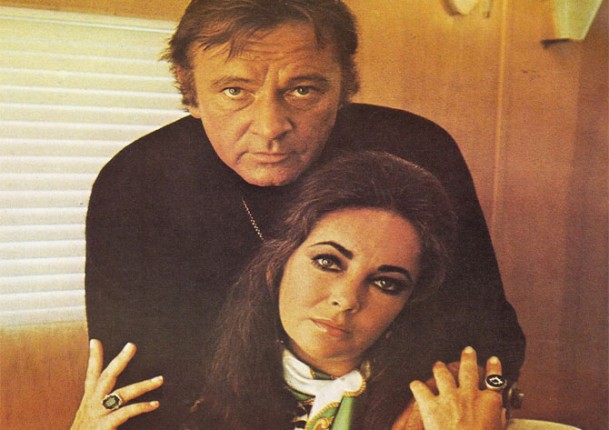 I have to hand the first ever issue of UK Cosmopolitan, from March 1972, where Elizabeth Taylor and Richard Burton give an interview ten years into their marriage (they were to divorce two years later and then marry again a year after that). it’s a suitably starry launch feature, by Romany Bain.

In it, Burton claimed his main complaint about his wife was messiness, he said “Elizabeth is so fantastically untidy. In some ways she’s a slut. So, where ever we go, if it’s humanly possible, I have a separate bathroom. After one usage, Elizabeth’s bathroom looks as if it’s been hit by a fairly powerful atom bomb. Not dirty. But there’s a pair of pants on the floor, and a brassiere hanging from the tap”. I love the way this makes the glamourous film star seem a bit more like one of us, even though with those amazing eyes and luscious beauty, she was as far from ordinary as it was possible to be. Sad to see you go Elizabeth Taylor.

It’s not every day I come across a shop that fills me with utter joy, as shopping generally leaves me cold (unless it’s Marni…