We recently went to an Avon Networking event with the supremely efficient Karren Brady, she of The Apprentice and West Ham football club. The whole idea of networking is horrendous to Jane and I, we can think of a million things we’d rather do than press our business cards into the hands of strangers (we both forgot our cards anyway, brilliant start!) But Karren pointed out that it’s not just about telling people about yourself, it’s about getting the confidence to enter a room full of people without getting in a flap.

Women are the best at thinking the worst of themselves. Where blokes just get on with it and think they’ve been brilliant whatever they’ve done, women fret about what they sound like, how rubbish they look, if they were too pushy, how they answered a question badly and so on, until they’ve knocked all the confidence out of themselves. I’ve got a couple of friends re entering the job market after years at home looking after kids and they are nervous about just being interviewed, let alone networking, although the skills are similar.

Karren’s tips, in addition to what she says in the video, are Prepare (research your subject, make sure you know everything there is to know), Practise (imagine what you are going to say, actually practise saying it out loud) and be Persistent (don’t give up on the first hurdle and keep trying). Although she was talking about networking, the principles apply nicely to most things. It’s all about confidence and a belief you can do it.

The Avon ladies at the networking event were also very inspirational, we lost count of how many women explained how Avon had allowed them to find a sense of fulfilment around work they could jigsaw in with their family commitments, Karren gets involved in training and mentoring Avon senior reps to improve their skills in business using her experience. How she has remained so kind and approachable while working with all those football chaps we really can’t imagine. The video may help those needing a bit of confidence.

Jane and I had a very inspiring morning chatting to other bloggers, Karren and Avon representatives (as you can see in the video, we can be spotted waving our arms around) and we were each given a fabulous lipstick-shaped USB with Avon info on. Despite massive pleading on our behalf, Avon are not planning to sell these wonderful USBs, they are just used for promotions. However, they have very kindly given us a couple to GIVE away to anyone who can come up with a witty networking/interview tip of their own…ladies?….comments below please, winners will be picked at the weekend. 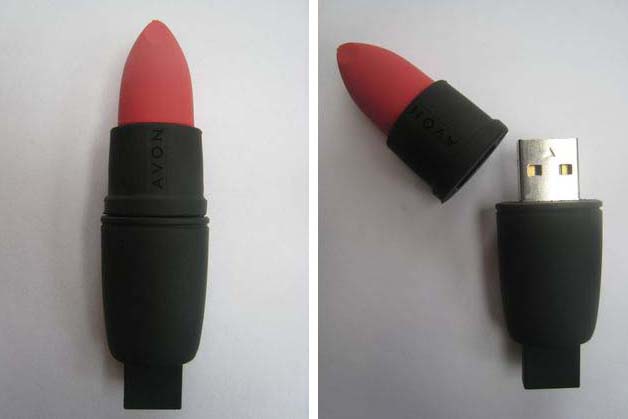 Yesterday we went along to House of Fraser on Oxford Street to see the eagerly anticipated collection for the over 40’s by Mary Portas….