So the new Westield shopping centre opens in Stratford on Tuesday and if you are an Eastender like me this may or may not be good news, depending on what you think of shopping malls.

Personally I am not a fan, but as shopping malls go, Westfield in Shepherds Bush is actually not a bad experience. Unless of course you happen to shopping with a teenager on a Saturday, but that’s another story!

So when we were invited by the lovely press team at John Lewis (or Johnny Lulu as my friend Lola affectionately calls it) to look round their store in Westfield, Stratford, (which the teen says everyone is calling Eastfield!!) I was eager to see if this might be potentially be a pleasant shopping experience.

Fifteen minutes door to door, from my house was certainly a good start and the view from the train was pretty impressive too. The whole area east of Hackney Wick has been transformed into a kind of Mad Max meets Futurama, 21st century Olympic village.

Unfortunately we were not allowed to wander around, as security was tight, but from what we could see, the shopping centre looked pretty impressive, with what looks like possibly the biggest M & S ever – but more of this in later posts. 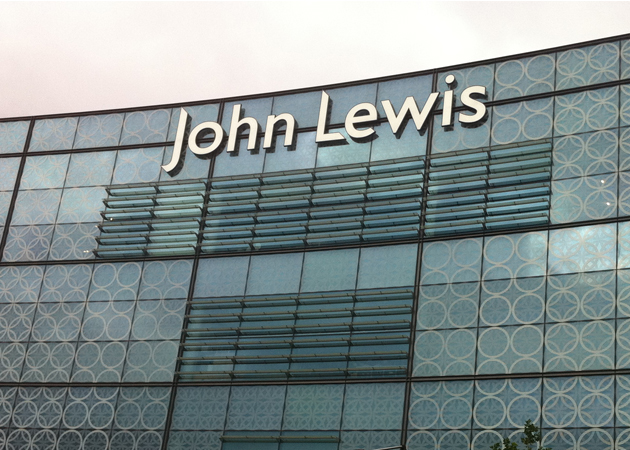 As for John Lewis, well what can we say, what’s not to love about this fabulous department store. The huge, light airy shop, felt modern and new, yet still reassuringly like the John Lewis we all love. 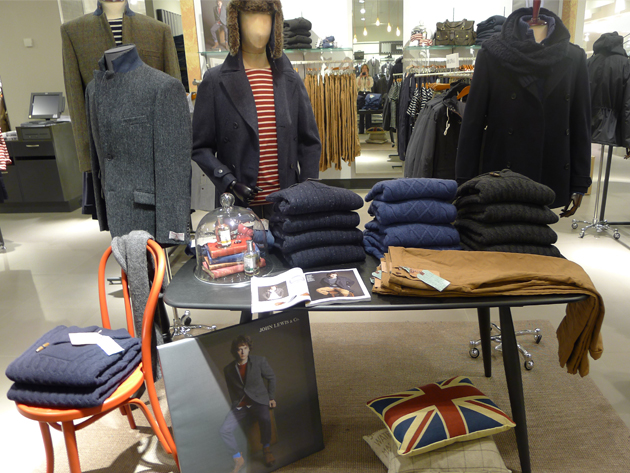 We were shown round the women’s fashion floor, which sells a great cross section of own label and well known brands and we loved the fact that the beauty and accessory areas are also on this floor. Incidentally we noticed the men’s fashion floor is situated right next to the electrical department – Johnny Lulu so know their customers. Note to Middleagedads, check out the John Lewis & Co range, it’s like Margaret Howell meets Toast and we wish there was a womens version.

I am probably not the target customer when it comes to John Lewis fashion, but I appreciate the way they have cleverly selected brands that are both aspirational yet totally wearable and appeal to all ages. Absolutely everyone (except perhaps teenagers) would feel comfortable shopping in this store.

What got us really excited however was the haberdashery department. We had been talking to the MD of the Oxford Street store earlier in the week and he had told us how they were planning to give this department it’s own space (quite right too!). Personally, I have never quite got over the fact that the Holloway Road, John Lewis (which had the best haberdashery department) was replaced by Waitrose and Wetherspoons, but maybe I’m living in the past! "Nothing bad could ever happen in the John Lewis haberdashery department"

The Stratford John Lewis haberdashery department didn’t disappoint however, it has its very own room filled with everything you could ever want and we are pretty confident it is staffed by people who are passionate and knowledgeable about all things handmade. We particularly loved the fabric range, ribbons and specially selected patchwork squares and binding in a variety of prints. 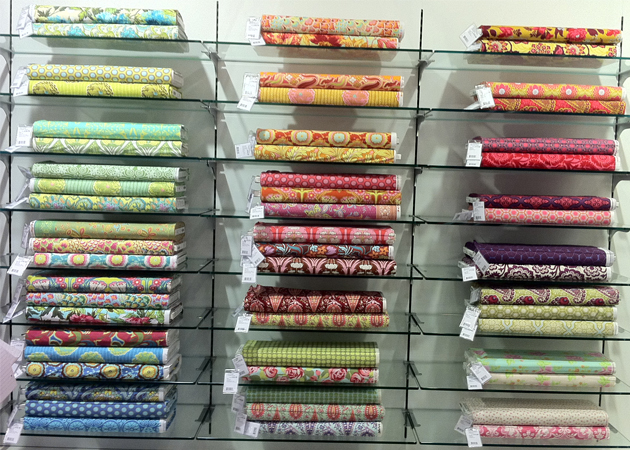 A little word to the buyers though (who interestingly, used to be addressed as Mr and Mrs in the 80’s when I was a designer!) sewing is very very fashionable and popular with young people, so please can we have some sewing boxes that don’t look like they belong to your nan – and not in a good way.

So in short , Stratford Westfield is probably quite fabulous if you love shopping, which quite frankly I don’t. But I am pretty sure I will be dragged along there quite a lot over the next few months (as there is a MASSIVE Forever 21) and quite frankly, now that I have seen John Lewis, I don’t mind. In the words of journalist, Tamsin Blanchard, who was also on our tour, ‘ I feel really hungry, somehow when I am in John Lewis, I need a scone’.

I was tipped off by my sister about this gentle, easy-paced story set in a small backwater town Colorado, it might be the perfect…