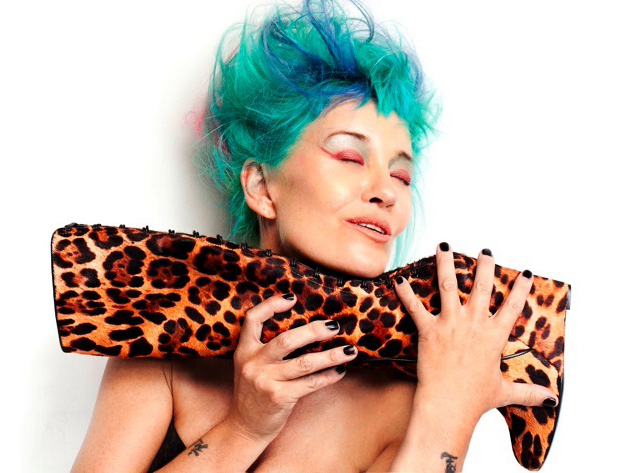 Anyone who was a fan of Bananarama will remember the name Siobhan Fahey. While I wasn’t a huge fan of their music (but did dance to it in the Students Union) I always loved the original band members style, Siobhan’s in particular.

In the days when we made our own clothes, spent hours backcombing our hair and vintage clothes were second hand, the Bananarama girls represented a rebellious but still attractive to boys style, that promoted feminism and individuality. Those were also the days before Heat/Ok/Hello, when we knew little or nothing about favourite celebrities – in fact we didn’t even call them celebrities, they were just singers – and we would just admire them from afar in Dodos, The Wag or the Mud Club. They were girls like us who were in a band. 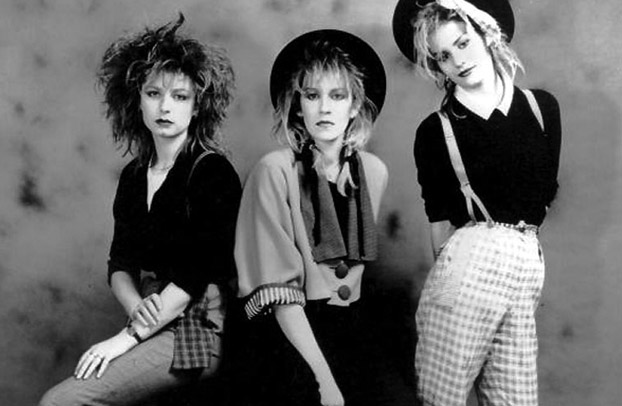 We came across Siobhan again recently when our mate Susie told us that she had been modelling for her friend and footwear designer Jerome C Rousseau. It seems Jerome had idolized Siobhan since he was in first grade (he’s Canadian) and after meeting her on a photo shoot ten years ago, persuaded her to model his Spring Summer 2012 collection.

Jerome designs super glamorous shoes, loved by A list Hollywood celebrities and sold in high end stores, but his attitude is wonderfully down to earth, he says of his 80’s style crush “A seventeen-year-old model is beautiful, but there just isn’t much character there.”

Siobhan now lives in LA, is working on an album with Vanessa Paradis’s sister Alysson and sounds like one of us. She says “I’m not one to wear heels for more than ten minutes, but Jerome’s shoes feel like slippers.” Doesn’t she look fab for 52 and we love her hair colour!