Photo of The Civil Wars by Allister Ann

Do you ever have that thing where you find a new album that you LOVE and you play it over and over because you love it so much and everyone else screams at you to stop? I am currently at that stage with The Civil Wars Barton Hollow launch album, a folk-country-Americana number that is both ‘Modest and minimalist’ according to the duo’s website. The Civil Wars comprises  of Joy Williams and John Paul White and they’ve only been together for a short while, but already they have supported Adele, been on Later with Jools Holland and when I was in New York last week they were on the David Letterman show.

I have a complete girl-crush on Joy, who looks wonderful in her little black dresses and long dark hair on stage and is so sexy she should have security. John Paul looks like a bewildered Johnny Depp and wears a dinner suit and bow tie when performing. Remember when I was banging on about how terrible some folk artists look on stage? Well, these two have it nailed.

You’re going to either love them or not, so no point wittering on too much about them, I suggest you just listen and see. While you are listening, check out the beautiful photos on the tour blog, taken by Allister Ann, they seem to just add to the fabulousness of it all. The duo are touring the UK next year (March). Let me know if you like ’em too.

Listen to Poison & Wine here…… You might have heard this on Grey’s Anatomy. 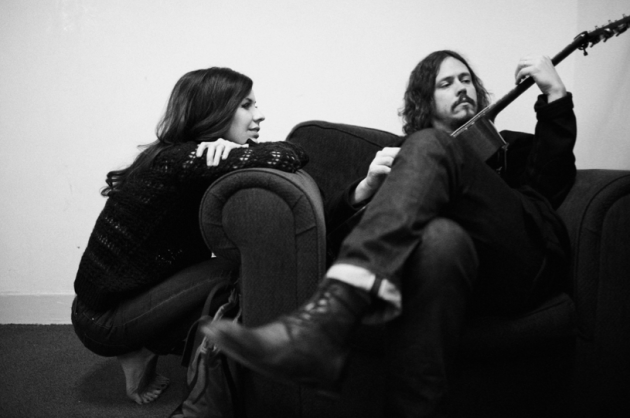 Photo of The Civil Wars by Allister Ann

The Mifi in action You might remember that Amanda’s middleteenageson has recently fledged the nest and moved into halls of residence at his university. MAD and I have thoroughly enjoyed watching from afar as he learns to cope on his…