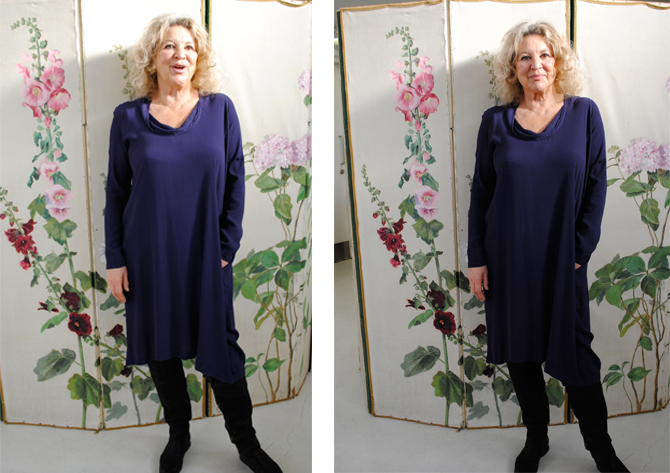 Tanya in front of her lovely hand painted screen

Last week we were very privileged to sit in on the autumn buy for  zelfa.net, a new ecommerce site aimed at chic ladies of 35plus (more about this on a later post). We were at Handwritten by Tanya Sarne, which looked lovely, as did the founder herself, who was wearing a useful looking dress (above).

Tanya Sarne, for those who don’t remember, founded Ghost years ago, eventually sold it, but after a while (2008) decided she’d like to make clothes again so started Handwritten. The styles she produces now have still got that easy, sexy vibe that she was known for with Ghost, but look a little more contemporary. She still uses the same German viscose manufacturer she’s always used and is emphatic that the quality from him is unmatched anywhere, “it’s like comparing cashmere with Shetland wool” she told us, “viscose is a generic term, there is good quality and not so good, I use the very best and it comes from this one supplier and I should know, I’ve been doing it for long enough”. The finished yarn has the texture of vintage crepe but is tough enough to machine wash and steam in a shower to remove wrinkles or (carefully) over a boiling kettle, which makes it terrific for travelling.

While we had her attention, we asked her if she had made any alterations to her dressing style as she got older (she is 67), “I don’t wear my skirts quite as short as I used to, but I still wear them pretty short. I like fashion and always will, women of any age should have a chance to be fashionable and sexy, there’s no need to feel you have to be a frump”. The dress Tanya’s wearing above went all round New York with her recently and she was accosted by numerous women asking her where she’d bought it. It’s in the autumn 2012 collection and Zelfa.net has bought it to sell in assorted colours. 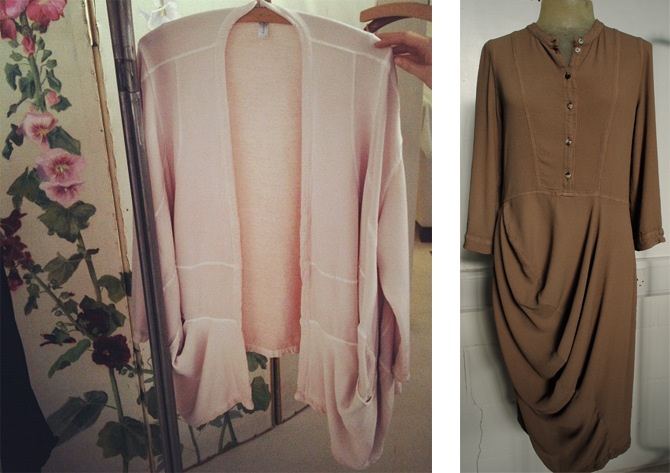 pastels with nudes, as recommended by us yesterday!

The Handwritten range has some fabulous dresses and jackets in it, we photographed a couple here in a great range of wearable darks, nudes and pastels (see yesterday’s pastel-guidance from Jane). We also loved Tanya’s 18th century hand painted French screen seen here in the studio, but sadly that’s not for sale. 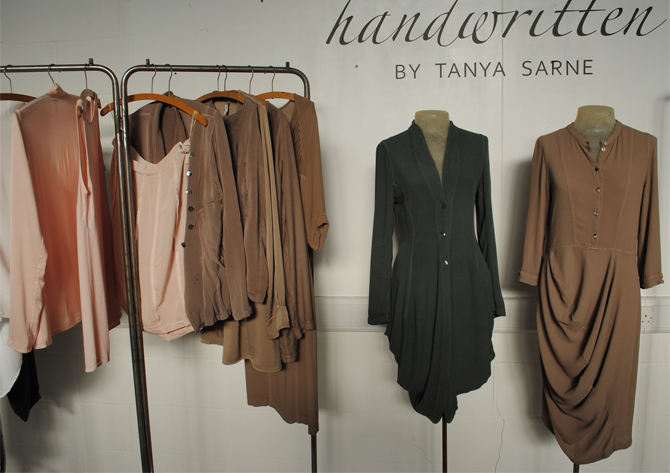 And then there was Tanya’s impossible-not-to-love  colour coordinated-with-the-carpet dog Ziggy. She was not for sale either. Isn’t she cute? For anyone who wants to check out Handwritten stockists (it’s sold all over the world) or this season’s styles, find them here 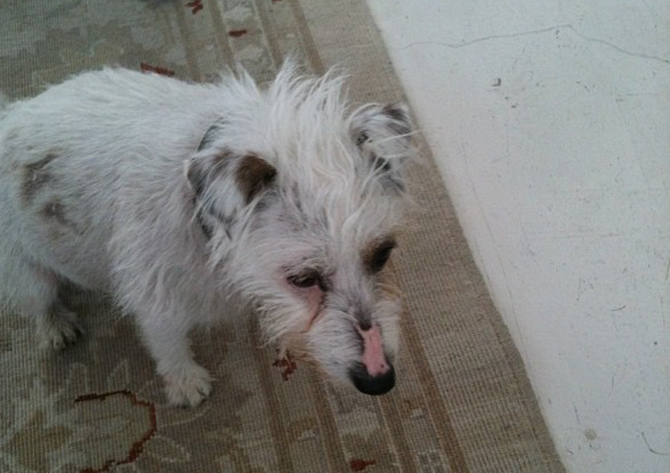 No doubt about it, the weather is warming up. For anyone who is thinking of a summer dress with an easy, boho vibe, can…