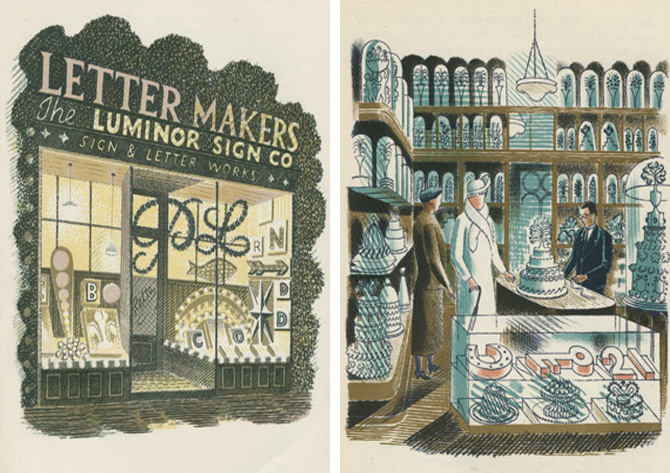 One for retailers and those who love shop history, this lovely little book from the V&A archives was first published in 1938, with the original illustration plates by Eric Ravilious disappearing in a fire during the London Blitz. This version has been put together from one of the remaining original copies and is a charming review of the high street as it existed in the late 30s, as written by J.M Richards, who used to edit the Architectural Review (1937-71) It’s a small glimpse into a world that feels like it should be wedged in between an Agatha Christie’s murder mystery and an Evelyn Waugh novel. The pictures are gorgeous.

We’re loving these giant sized wall images from French graffiti artist JR, whose global project Wrinkles in the City has attempted to counter the…