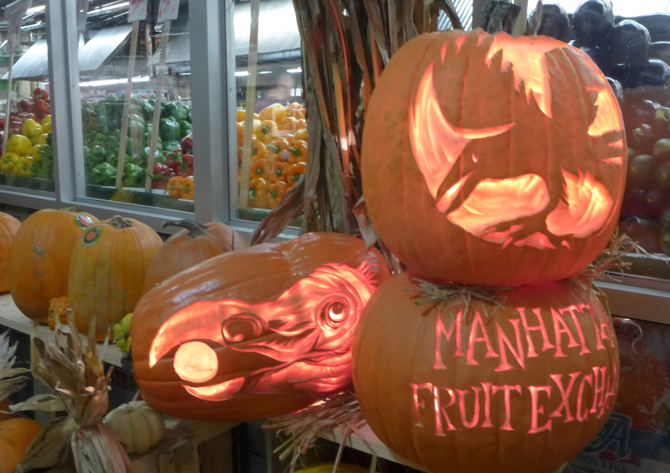 Sooo, you thought you were good at pumpkin carving eh? Well frankly, we have nothing on the Americans. who elevate pumpkin carving around Halloween time to a new vegetable-based art form. New York had some awesome ones this week, above and below are the ones on display at the Manhattan Fruit Exchange at Chelsea Market, where they’d got giant birds with fruit perched in their bills….which was neat. They were lit from within with tea lights as normal but there’s less full puncture-work than usual, it’s all about scraping the pumpkin flesh as thin as possible to make it transparent enough for the light to shine through, but the actual holes were few and acted as highlights. 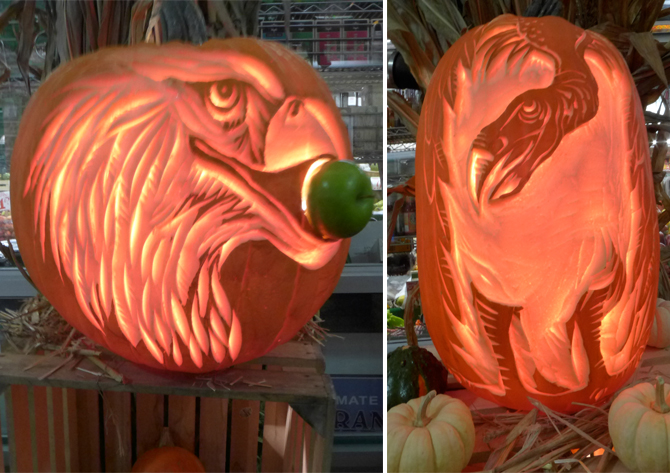 And then we have the Maniac Pumpkin Carvers, who teamed up with Martha Stewart this year to do a demonstration in Grand Central Station, where Martha is busy plugging her American Made awards for young entrepreneurial US based producers.

The two carvers Marc Evan and Chris Soria have normal jobs in graphics for eleven months of the year but in October become the Maniac Carvers and carve some badass pumpkin creations from the orange veg. The pictures below are from a demonstration at up market kitchen store William Sonoma and some from the Grand Central display. More on their blog here

The video at the bottom gives you a few tips on how to carve for best results (carve first, scoop later apparently). Fortnum & Mason is having its pumpkin carving competition again this year, where the winners get to be in the store’s window…Excuse me while I go off and start on my Michael Jackson Thriller pumpkin…. 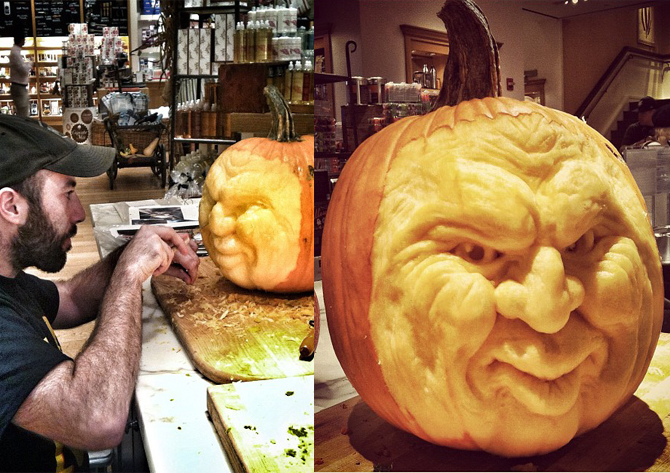 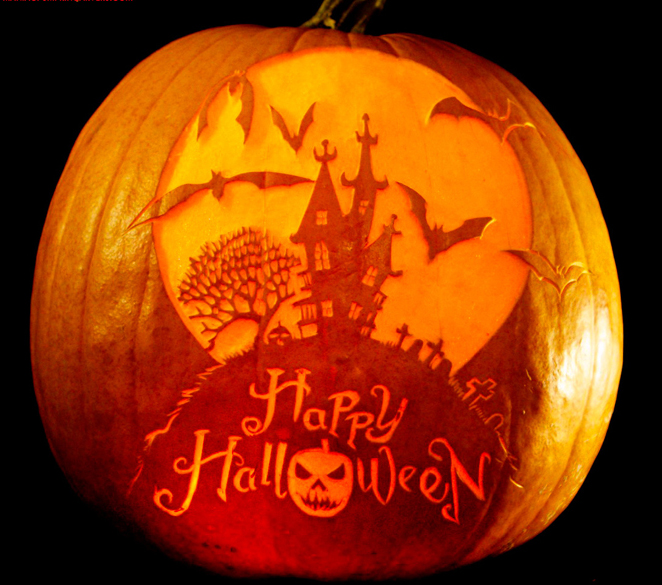 Series 3 of Damages has now finished and middleagedad and I are bereft. Glenn Close as wickedly ruthless Patty Hewes has had us riveted to the screen for the last few weeks, mostly because of the storyline but also because…