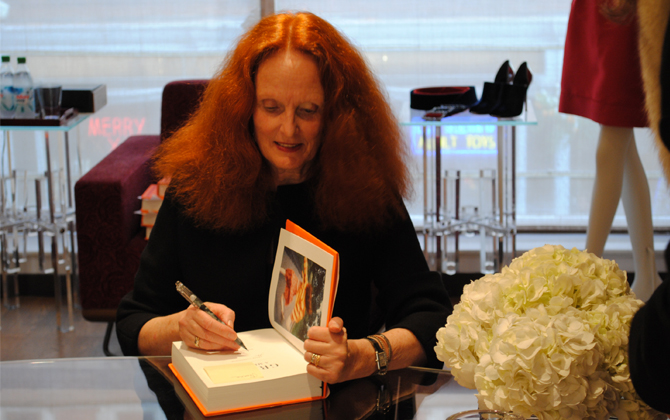 This week Grace Coddington creative director of US Vogue came to London to promote her book, Grace: A Memoir. We went along to Browns to join the queue of journalists and bloggers clutching copies of the orange book, to meet the real star of The September Issue. The divine Mrs B and the ‘Grace’ T shirt

Elegant in trademark black, Grace appeared modest and understated and told us she regularly dyes her flame red hair – inspiring me to embrace my inner ginger and carry on dyeing my greying, auburn locks. 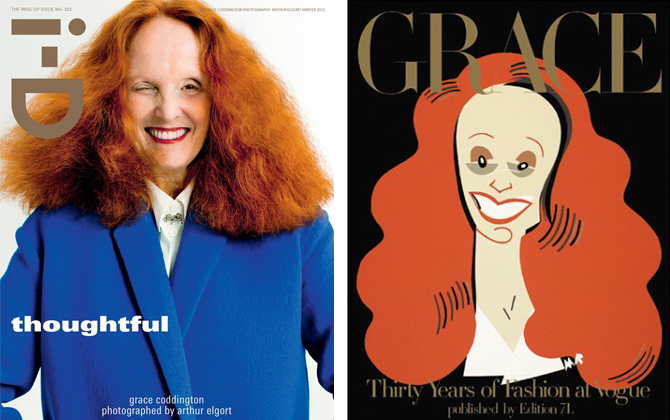 On the cover of the latest I-D magazine

The memoir is the story of her journey from her early career as a model in swinging 60’s London, to fashion editor of Vogue UK and Vogue US, where she has been creative director for the last 24 years. A collection of stories about the designers, hairstylists, makeup artists, photographers, models, and celebrities  she has worked with as well as an insight into her private life, Grace tells of the car accident that almost  ruined her modeling career, her two marriages, the sad death of her sister, her friendship with Harper’s Bazaar editor-in-chief Liz Tilberis, and her thirty-year romance with Didier Malige.  She also describes her long time relationship with Vogue editor, Anna Wintour.

A fascinating read, it’s illustrated with Grace’s charming pen and ink drawings and would make a great Christmas presents for anyone interested in fashion. 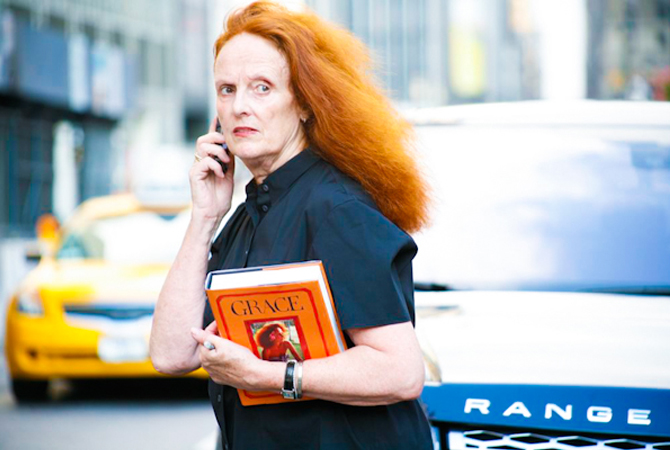 Out and about in New York 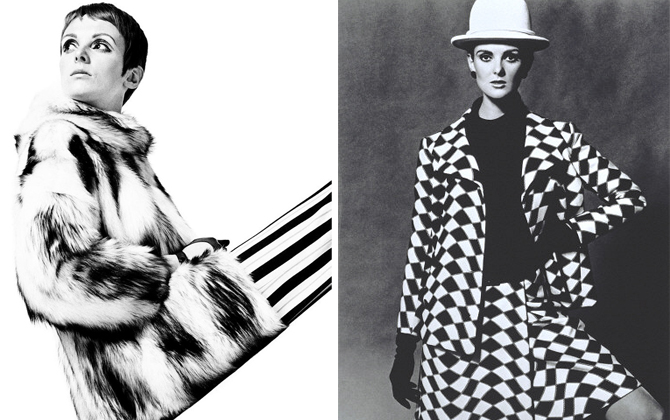 A fascinating new HBO documentary called In Vogue: The Editor’s Eye premieres in the US on 6th Dec the 6th and  features behind-the-scenes interviews with editors who have contributed to the magazine’s legacy. It includes Anna Wintour, Grace Coddington, Tonne Goodman, Polly Allen Mellen, Camilla Nickerson, Phyllis Posnick and Babs Simpson, as well as fashion designers Alber Elbaz,  Marc Jacobs and Vera Wang (herself a former Vogue fashion editor), who share their experiences collaborating with top photographers and image-makers of the day.

Sheila Nevins, president, HBO Documentary Films  thinks, “The exquisite and detailed inspiration that goes into a fashion editor’s staging of a photograph was a surprise to us. The images found in the pages of Vogue exist as true works of art and the editors themselves are gifted, yet often unassuming, artists.

This week I found myself sitting opposite Helen Herriot, wife of vet James Herriot of All Creatures Great And Small fame and the person…