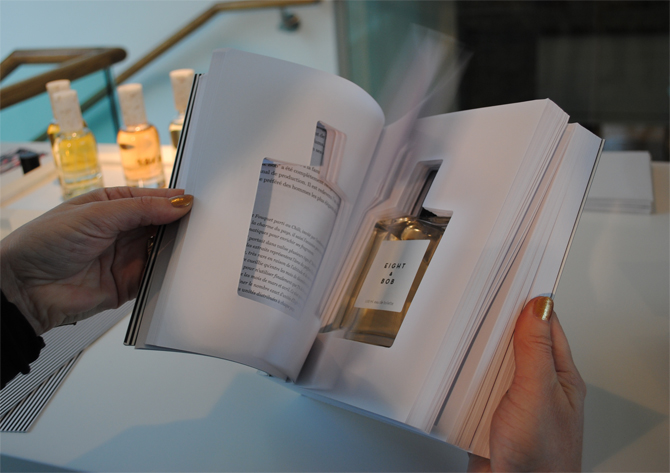 Eight & Bob is a super-smooth cologne that smells like a mix between Palm-beach glamour and Mediterranean sunshine that might smarten up a man you know. It’s not exclusively for men but the back story makes it quite masculine.

Back in 1937,  a young John F Kennedy was touring France and made friends with a perfume connoisseur called Albert Fouquet, who introduced JFK to a fragrance he had concocted. Cutting a long story short, JFK loved it, took a bottle back to the US, where every one went wild for the smell and wanted bottles of their own, Albert was inundated with requests from stars such as Cary Grant and James Stewart and so the success of Eight & Bob seemed assured.

However, World War II intervened and Albert died, production was halted -with the last shipment being carefully disguised inside hand cut books to hide them from the Nazis by Albert butler Philippe, who Albert had entrusted the formula to after his death. And that was it, until the family of Philippe the butler found the formula and -with help -recreated the cologne. Now it’s available to all, packaged in the cut out book (all perfumers are at this, remember this one?) and the original smart stripe packaging, which Albert created for JFK’s bottles as it was the same stripe as the one JFK was wearing when he first met Albert.

Nice story? Well, we all know perfumers LOVE a good yarn, so it needs to be taken with a large pinch of salt. But it smells good- to start with, fresh and  pine-y with citrus hints and then a velvety smooth woody-vanilla dry down.  It would be nice to think this might be how JFK smelt, it’s certainly seductive enough, but who knows? I’d like to make a prediction that soonish, the new Switch House extension of the Tate Modern will become the place all of us…