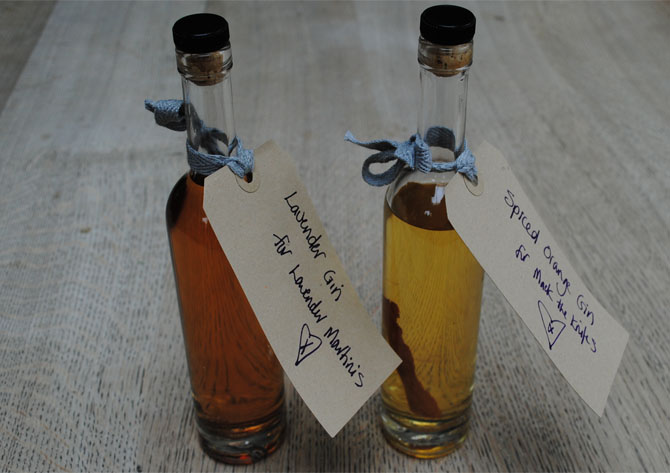 I’ve gone right off wine, something to do with the menopause, but the good news is I’ve discovered gin, which coincides with something of a revival in artisan gin appreciation. We wrote about the delightful Sipsmith London Gin distillery here and since then I’ve been trying a few more gins and developing something of a cocktail habit. Then there’s the new Gin&It, a quarterly magazine celebrating all things gin-ish (as well as other drinks) from the team behind Fire & Knives which has just launched its second edition this week.

To be brutally honest, at first I wasn’t sure there was a whole lot of difference between a bulk-produced gin like Gordon’s or Beefeater and one of the more artisanal small-batch gins such as Sacred or Sipsmith, but the love that goes into the process with the small, copper-still-using gin houses (just take a look at the Sipsmith website, they look nuts) and the use of new botanical mixes makes it hard to resist.

But sip these new gins on their own and the difference is very distinct. Appreciating artisan gin isn’t a long way from loving beautiful perfume or enjoying cooking, the more you learn about the quality and more interesting mixes, the better it all gets. 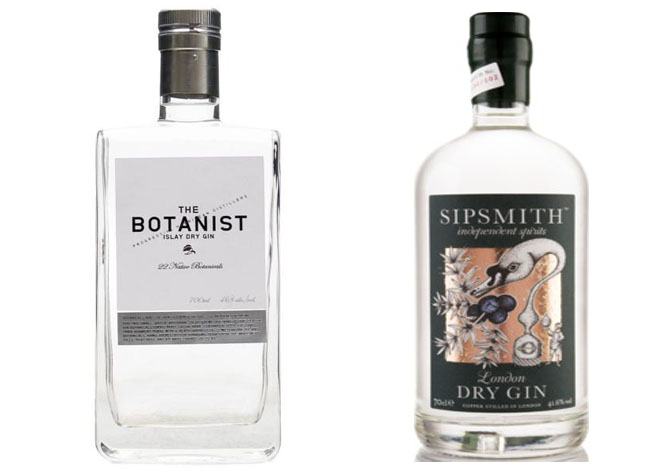 I have fallen for The Botanist gin because the description claims that the normal aromatics of gin production “are augmented with a heady harvest of 22 wild, native island botanicals, hand-picked by expert foragers from the windswept hills, peat bogs and atlantic shores of the Hebridean island of Islay“. I mean, doesn’t that sound great? It also comes in a beautiful bottle you’ll want to keep (I have washing-up liquid in mine now).

Another new Scottish gin is Caorunn, made in Balmenach distillery in Cromdale, it’s has a crisp fruityness and it’s suggested you add a slice of red apple to your G&T instead of lemon to bring out the flavour. While in New York recently I picked up some Brooklyn made Greenhook gin, which is made under a mercury vacuum (no idea) and tastes rich and almost sweet. Again, all come in beautiful bottles. 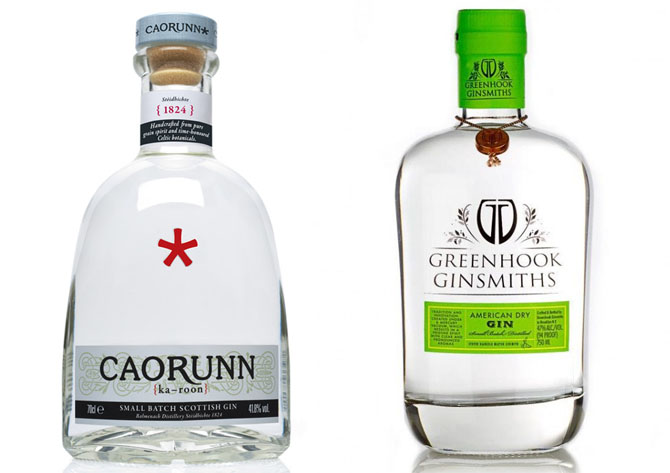 It was while in New York I discovered that the coolest cocktail bar mixologists infuse their own gins with secret recipes to make the cocktails that little bit special. If you are heading to NYC anytime soon, I suggest you ditch the shopping and head to my favourite cocktail bar in the world, a hidden speakeasy called Angels’ Share where the intensely committed Japanese staff have unmarked bottles of amazing gins infused with magic, which make extraordinary cocktails (order a Mack the Knife). And while at the equally fabulous Employees Only I had a delicious lavender cocktail (well more than one actually) that claimed to have infused the gin with lavender flowers.

I can do this at home, I thought, slightly blurr-ily. 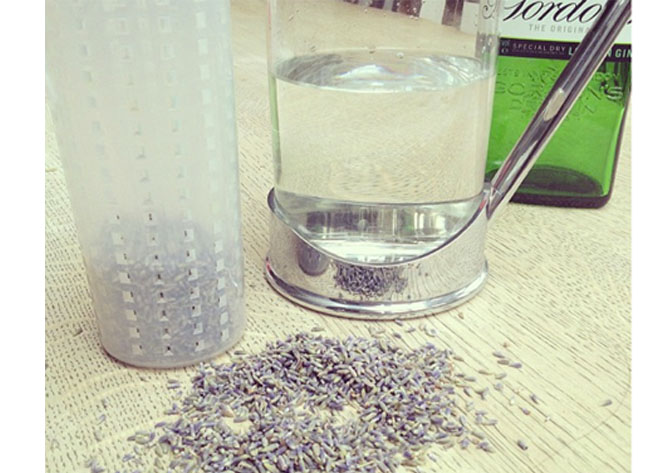 And it turns out that its not that hard to dabble in a little personalisation of your own. I reproduced the lavender-infused gin using Gordon’s (for its cleaner base) and 4 tablespoons of lavender flowers (bought here) and my water jug that’s got an internal filter. It doesn’t take long -I left it to infuse for about five hours, by which time it went a beautiful pinky-brown and smelled distinctly floral.

Once you’ve done this, you are ready to make my version of the Employee’s Only lavender martini, which is

Shake hard over ice and decorate with a sprig of clean lavender.

Of course a simple G&T made from it is also fabulous. I’ve also tried infusing gin with tea (earl grey works nicely) and orange zest and a cinnamon stick (enlivens a negroni) and it’s very satisfying.

If all this seems too hard, you could always just head to Floral Street in Covent Garden this week, where Tanqueray gin is hosting a pop up cocktail bar for three days from 26th March, presumably as preparation for the Easter holiday weekend. I’ve not really drunk much Tanqueray, so see you there?

Summer seems like such a long way away and the thought of wearing summer clothes a distant dream. Mary Katrantzou is a young designer…