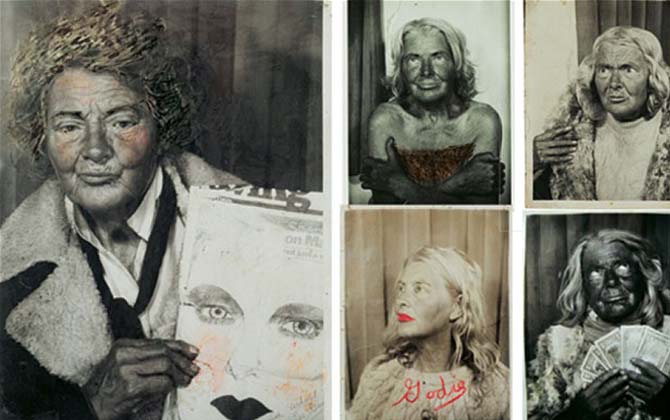 I’ve been a fan of outsider art ever since I saw Henry Darger’s work at The Folk Art Museum in New York several years ago. I found his story as interesting as his art and was intrigued how outsider art treads a fine line between genius and insanity.

The new exhibition at the Hayward, The Alternative Guide to the Universe, features the outsider art of a group of mainly self-taught selection of artists architects and scientists who highlight alternative ways of perceiving, describing and navigating the world around us.

The exhibition features the work of Lee Godie, who lived on the streets of Chicago for nearly three decades, until shortly before her death in 1994 at the age of 85. Born into a family of eleven children, Godie married and had three children, two of whom died young. Later divorced, she had no contact with her surviving daughter until more than forty years later, when they were reunited.

Her colourful and unpredictable outfits and heavy make up made her a local character and she was often seen sketching and painting on the steps of the Art Institute of Chicago. Scraping a living by selling her work, her self portraits appeared to be a form of escapism, as she dressed herself up in a fur coat waving a wad of cash, or looking strangely glamorous and staring wistfully into the distance. 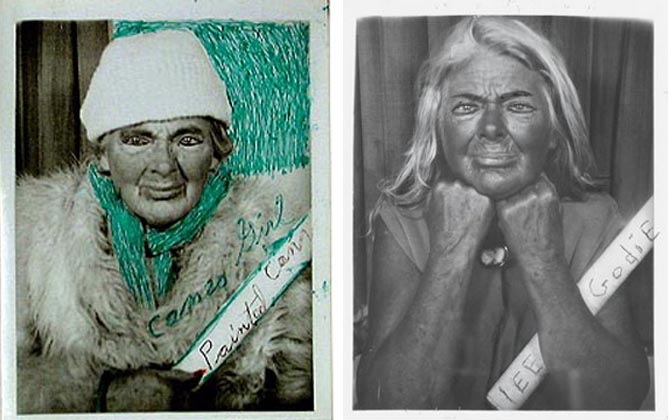 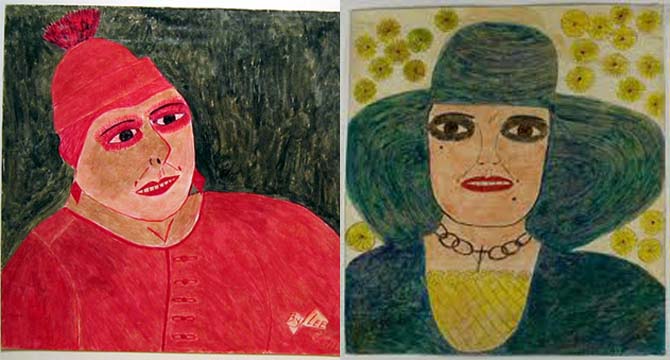 Her pictures in a photo booth which were embellished with a pen or paint, bought from Woolworth’s with the proceeds of the previous day’s sales, are now the most sought after and what once sold on the streets for $30, now sell for up to $15,000.

It’s almost worth buying this for the lenticular cover that flips between a fresh faced picture of Alexander McQueen and a silver glossy skull….