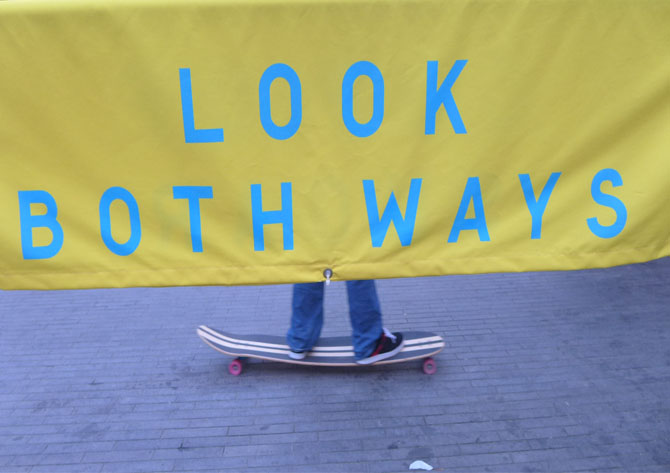 Eldestson is a skateboarder. When he was young, Middleagedad and I spent many weekends escorting him to skateparks so he could practice his grinds and kick flips. We went to some memorably urban spaces, the skatepark below the Westway in Notting Hill will for ever be Playstation Skatepark to us (It’s now called Bay Sixty 6) as we spent every Friday evening and Sunday morning there for about four years. It was skanky, smelly and edgy in a way that made you tell at least two people who loved you where you’d gone when you went there. But apart from the exciting morning we saw a fully padded up SWAT team abseil from the top of the next door block of flats into a suspected drug den, smoke bombs and all, we were always fine.

Instead, eldestson went on to make some of his best friends from a cross section of society that made me proud of our commitment to bring our kids up in (admittedly reasonably affluent) London. He had the best time, got fit, grew in confidence and got to understand stuff about life that neither middleagedad or I could teach him. 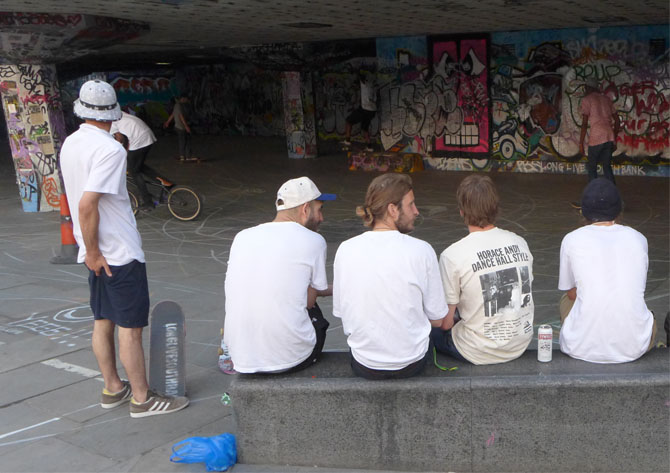 At weekends, he and his mates would whizz around until they were sweaty and smelly, then all come back to our house, eat pizza and talk more about skating. As they got older and more confident, they started to skate around London, finding the best ‘spots’. A couple of them got really good and were picked up by brands, took great photos of each other and made films that ended up being Youtube hits. Crucially this included visiting Southbank’s Undercroft -the semi-subteranean space at the front of the Arts complex that is now under threat from developers. 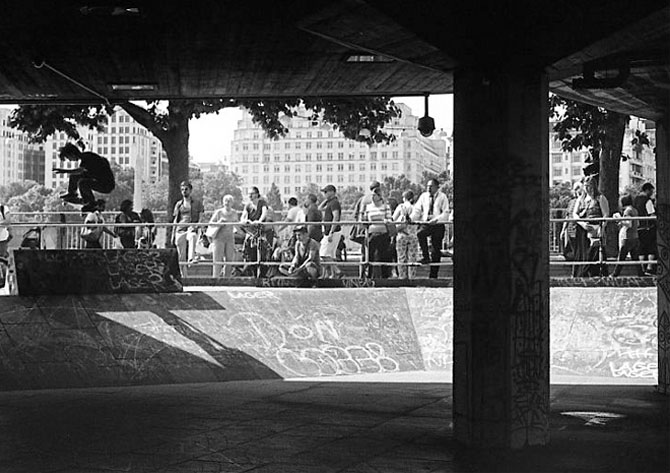 To passers by it looks a bit scary, but to skaters it’s one of the most important place in London for them to get together. People visit from all around the world, keen to skate the space and meet London skaters. Eldestson -who is now 22- and his mates still skate it and are absolutely passionate that it should stay where it is in the new Southbank development and not be moved on. “It’s about the culture of the place mum”, said eldestson, “for anyone who grew up skating in London, it’s iconic, our history and vital for future skaters to have this space too.” 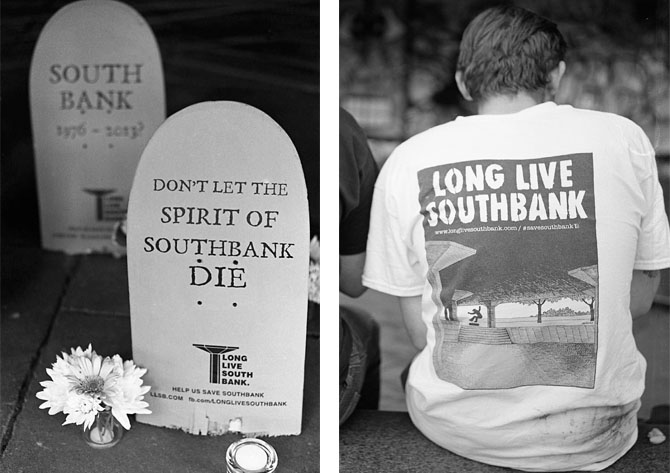 The skaters have got themselves well organised and have mounted a campaign that’s resulted in Southbank delaying its application, to allow further consultation. “People seem surprised that skaters grow up to be organised and get jobs, mum’ said eldest, when we were chatting about this small success.

So why does the space have to go? Must be for something really important right? Yep. It’s going to be turned into more retail shops and eateries, because Southbank (and London) is really short on those….not. I get that it’s about funding, Southbank needs to generate the revenue to redevelop, but I can’t help feeling it’s throwing the young cultural baby out with the old bathwater. 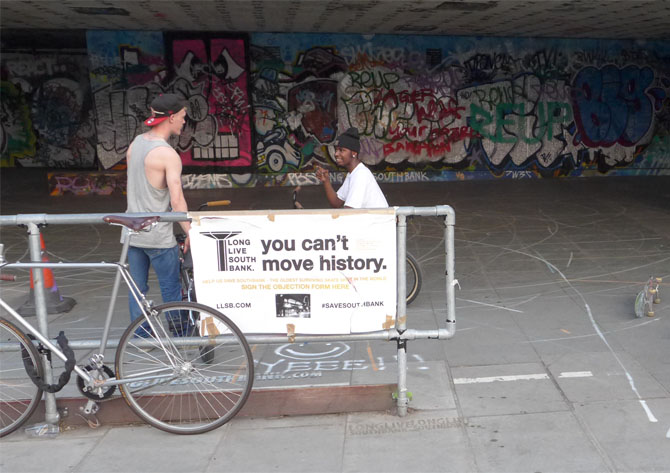 This is the youth culture that in 30 years time, mainstream art will be looking back at and putting on exhibitions about in the Hayward Gallery. It’s a special space, nurtured from a bleak nothingness by a group of obsessed kids into a world famous destination. Now blokes in suits want to move it on for another Starbucks or such like. Can’t be right. Sign the petition here if you feel so inclined, or find out more here.

All images by Fraser Carr Miles

July is filled with an air of promise for parents and children, the feeling that the months ahead will be filled with fun, freedom and sun. The end of term is filled with exams, finishing course work, sports days and…