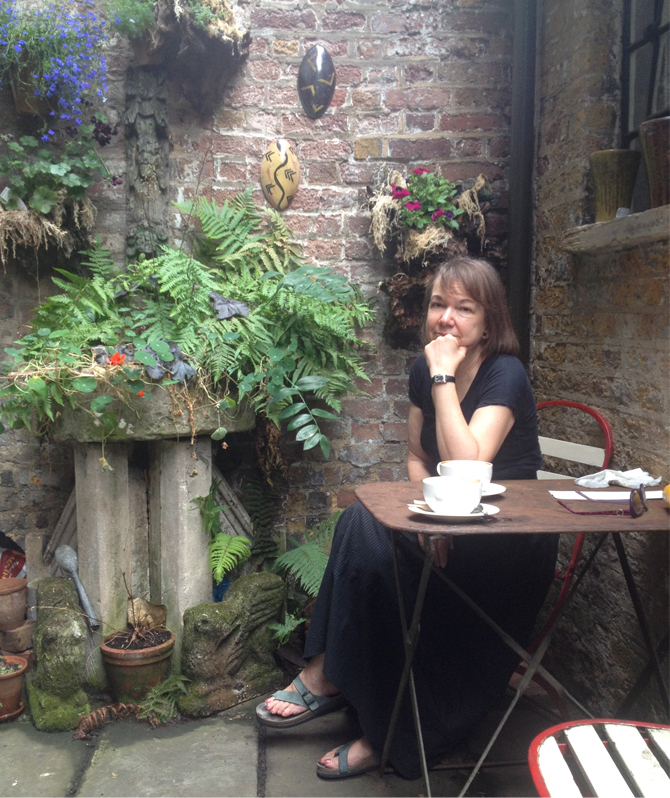 We’ve mentioned the lovely Spitalfields store-cum-coffeeshop-cum-gallery Townhouse previously, it is the reason we don’t buy everything on the internet, an atmospheric and charming almost-unkown spot that’s always full of new finds, is staffed by experts and has great cake. Due to an exciting Secret Project (more soon!) I went over to meet the founder Fiona Atkins last week and ended up bonding with her over retail and being bossy.

Fiona is a well respected antiques dealer but as we chatted she revealed she had worked in a previous career as a ground breaking (my words, she’d balk at that) woman in a the male dominated engineering world of the 1970s and survived with mostly good things to say. With feminism a very hot topic currently, I asked Fiona a few questions about working as an educated woman in a man’s world back in the late 70s.

What was it like? Was it hard to be taken seriously?

I left university in 1978 and worked for Standard Telephones & Cables, for Submarine Systems Division in Greenwich, putting submarine telephone cable lines under the sea, in fact they still use them to take the internet between countries. I started in the legal department, then they discovered I was this bossy, organized person and moved me to projects. It meant I started travelling all over the world, often on my own with no mobile phone, no email, no internet, it was quite scary at times,  but I never had any problems.

How did you end up working for an all male cable company?

I wanted to work in industry and my parents brought me up so that it never occurred to me, ever, that I was any different from anybody else. I grew up knowing I was the same, an equal, to everybody I met, that gave me confidence.

Did you have a privileged background?

No, my parents had no money at all, my father was an antique dealer and my mother was a legal executive and I was the first person in my family to go to uni. It was a huge thing for them for me to go into further education. In the 70s we were lucky, it was still the grant system and there were a lot of people at uni like me, with no money! And in some ways it feels more equal then than it does now. 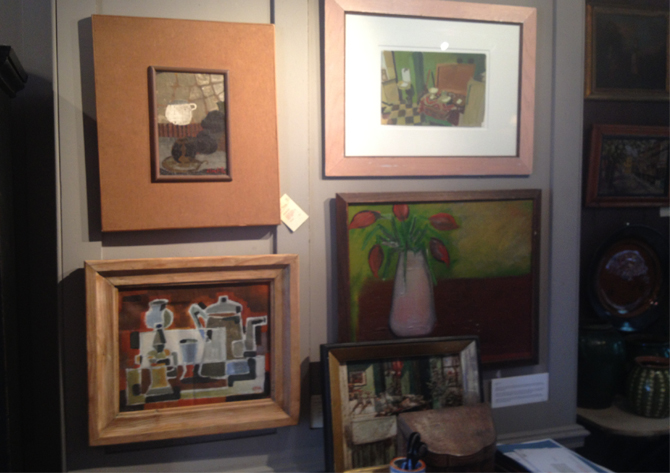 Townhouse has a great selection of 20th century paintings

How were you treated at work?

It was a very masculine environment of all male engineers who were very wary of this 24 year old woman and graduate at that. They’d had no experience of anyone like me before, but I tried to be friendly and interested in what they did and they were fine about me bossing them about, absolutely lovely in fact.

No agression or unpleasantness?

Nobody ever made me feel unwelcome, although there was a climate of sexual jokes, which I just accepted. Now you wouldn’t tolerate it, which is as it should be, but at the time I just took it as part of the culture. But -it sounds odd now – it wasn’t meant as being derogatory, in a way they were treating me as one of the men and I think that’s how they got over their problems with me because they thought of me as one of them. It’s not such a positive view looking back, but at the time I coped with it positively and I remember it as a fantastic time and I loved the job.

I left because I stopped progressing up the ladder but not because of a glass ceiling, I’d just done the biggest ever project they’d had and it had gone well and they had another one coming in, so I think they just wanted me to keep doing the job rather than anything more sinister. I felt appreciated and they brought in other women after me. 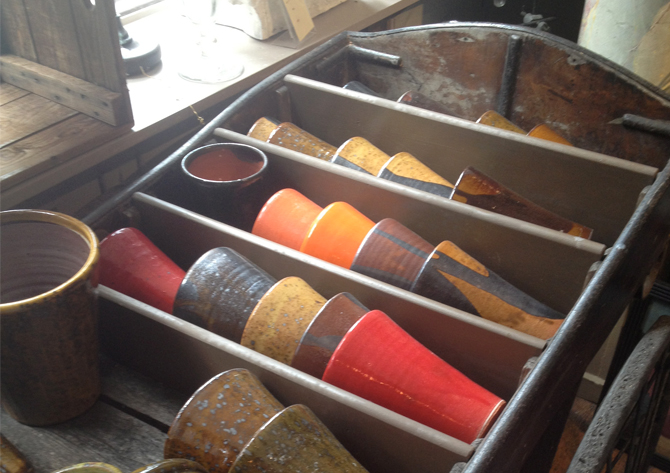 How do you think it’s different now?

It’s different today and rightly so, women like my daughters have higher expectations. The sexual innuendos I put up with wouldn’t be tolerated today and it’s good we’re still pushing the boundries to get what’s right, but talking to my daughters and their friends, it still sounds as if there are a lot of same issues still there.

Do you give your girls advice?

I wouldn’t dare. They are both very feisty and stand up for themselves!

Now you’re in antiques and retail, how’s that different?

Well it’s interesting because if you work in retail or in shops you aren’t respected either! If you say to someone you work in retail, there’s an immediate ‘Oh you’re only working in a shop’ like its it’s second-rate. It’s not easy working in a shop,  I’ve had two or three young graduates working here and they are all surprised at how hard it is! Surprised at how skilled you need to be to talk to customers, how hard it is to sell to them, to keep the store an engaging place to visit. It’s much harder, more involved and more interesting than they ever expected.

I think it’s a good industry for women, because it needs good communication skills, do you agree ?

It’s what we’re good at, along with everything else…. 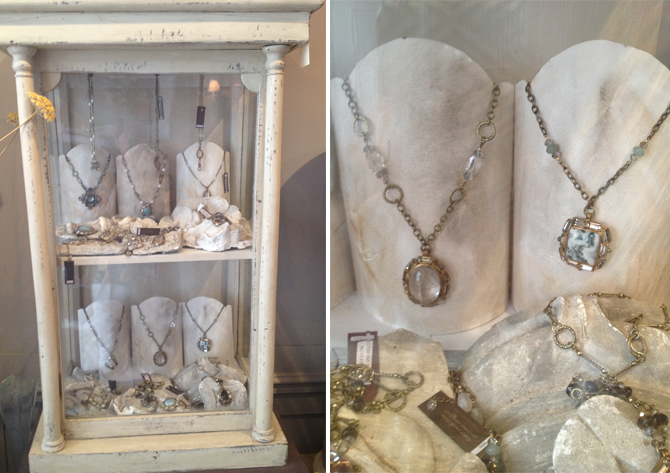 Tell us what’s happening next at Townhouse

We’ve got a really interesting event happening in mid September, the artists Zero Lubin are coming to do an event and exhibition called I Want To Make Memories With You that involves storytelling with handkerchiefs ( I can’t wait this…) and an exhibition of East End artists will happen nearer Christmas. We also have lovely jewellery from Kitomi Creations, which have been selling well, they are very reasonably priced (necklaces above around £35-£70, see above, they are gorgeous).

Follow Townhouse via the Facebook page or read the great blog Fiona writes here. Or just visit, which is definitely best, it’s at 5 Fournier Street. Our favourite magazine for interested women, Libertine, has just launched a crowdfunding campaign – and they need your help. If your interests extend beyond fashion and beauty and you want…