Suffragettes under surveillance, keep an eye on the muffs….

Tate Britain’s Art Under Attack is a walk through art that has made people cross enough to deface it. The best bit is how in 1913, those plucky Suffragettes took things to a militant level and attacked art in museums to ignite the fight for political change. Their slogan was ‘Deeds not Words’ and they went about slashing and bashing work in Manchester -Emmeline Pankhurst’s home town- and London with axes and -rather charmingly- toffee hammers which they hid in their muffs and umbrellas.

The art they picked to deface involved work that idolised women as just beautiful bodies, such as the Rokeby Venus by Diego Velazquez (below, showing the damage) slashed with a cleaver by Mary Richardson, who hid the weapon up her sleeve. The suffragettes were highlighting the unfair treatment of  Emmeline Pankhurst in prison, claiming ‘You can get another picture but  you can not get another life”. Museums closed for months during their Art-Attack phase and their fight was all over newspapers.

It struck me as mildly amusing to learn that Suffragettes were put under secret surveillance by the police during this period, with covert images taken and distributed to ‘The Establishment’. It wasn’t illegal to be a Suffragette, but that didn’t stop the police keeping undercover tabs on them, it all sounds a bit familiar doesn’t it? We’re ALL under surveillance now and we still haven’t got rid of uninvited boobs at breakfast on Page Three.

It made me wonder how far I’d go to get feminism in the news (particularly if it was something that affected us grown up women) and if anyone would really care if a Damian Hirst got slashed anyway. 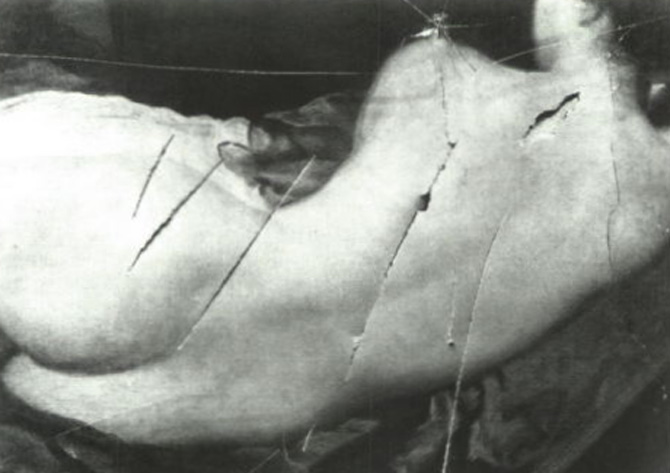 In a separate small exhibition upstairs from Art Under Attack, we learn that until a couple of female academics started to get a bit shouty in 2010 (OK, they wrote a firm letter to the Tate Britain’s curator), there was no representation of Sylvia Pankhurst’s art in the Tate.

Sylvia Pankhurst, one of Emmeline’s two daughters, was an important artist in her own right who spent much time painting working women around Manchester at their jobs in the early 1900s. She was also chief designer of most of the Suffragette artwork -for banners, logos, printed pamphlets and even a tea set -but despite this, there has never been a single piece of her art in the Tate, until now.

Don’t you love how there was a special Suffragette tea set? Only in Britain would it be deemed Essential Propaganda Equipment. 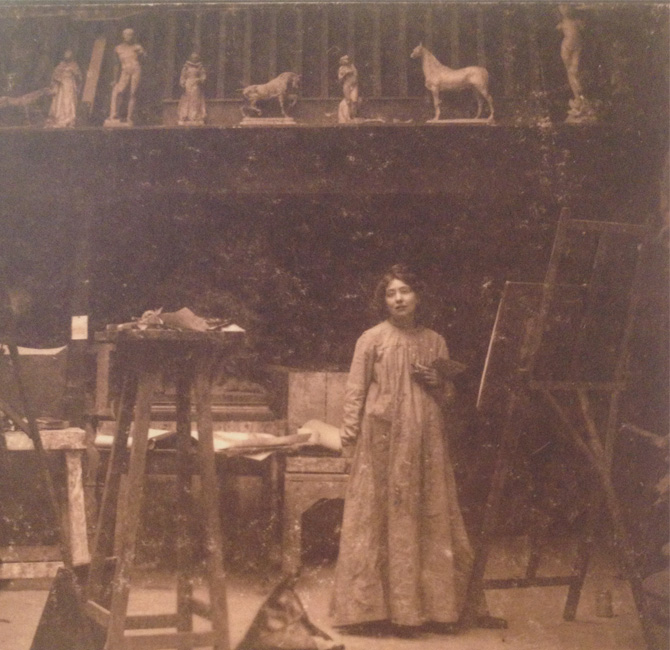 Sylvia Pankhurst in her studio

Thanks to Olivia Plender and Hester Reeve, through work undertaken by them for the Women’s Library on Sylvia’s work, the Tate has included Sylvia into the Tate’s collection. About time. According to Gemma Rolls-Bentley in research she did earlier this year, 83% of the artists on show in Tate Modern are male (no figs for Tate Britain). And did you know that of the 2,300 works of art in the National Gallery in London, only eleven of the artists are women? Eleven! 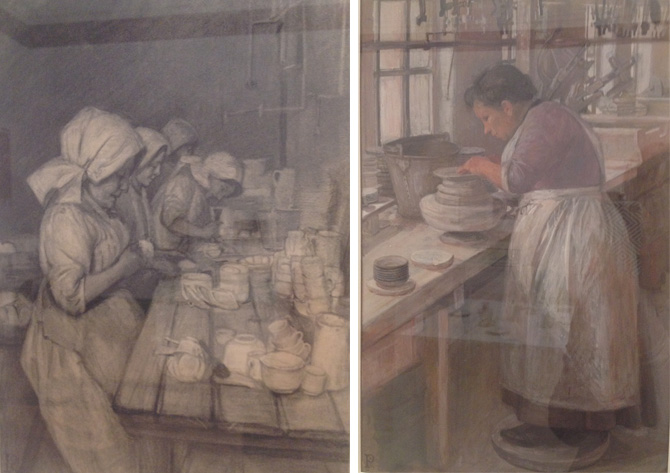 I don’t want to go too militant on you readers, but as far as women in art is concerned. we’re still fighting for recognition.

Ar Under Attack has just opened at Tate Britain, if you’re quick, you can combine it with a trip to see the Lowry too, which finishes on the 20th October and is glorious. 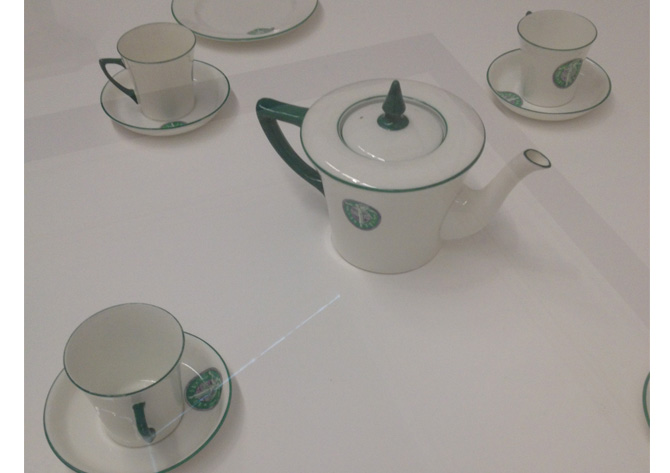 Sylvia Pankhurst’s Suffragette tea service, one to look out for in antique markets

If you have been shopping recently, or had an eye on whats been happening on the world’s catwalks over the past three weeks, you can’t…