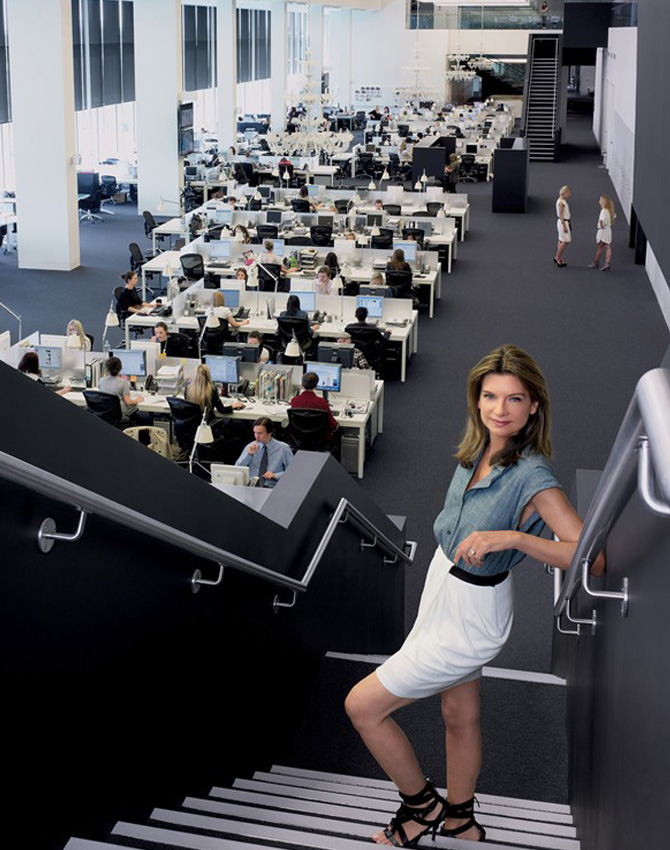 It’s Fashion Week in London, so Natalie Massenet had to be our Weekend Woman this week.

Unless you’ve been living in a fashion-free zone for over a decade, you’ll know that Natalie founded everyone’s favourite clothes-lust website, Net-A-Porter, by working her socks off and fighting many battles along the way about how women buy clothes. Many people told her we’d never buy luxury clothes on the internet, Natalie was sure they would. Now she’s a multi millionaire, head of an empire, one of Time Magazine’s 2014 100 most influential people and chairman of the British Fashion Council. Go Natalie.

There are many images of Natalie I could have used, as she never looks anything other than immaculate. But I love this -now quite old one- from Vogue.com, with her looking very at home in the Net-A-Porter offices, heading up her immense team. Natalie has made it look effortless, but anyone who has heard her speak (she is very inspiring), read any articles written about her or indeed if you have met or worked with her, you will know it was very far indeed from easy. She works like a trojan and I’ve never heard a bad thing said about her.

In a recent Vogue.com article she mentioned that she originally wanted to call Net-A-Porter “What’s New Pussycat?” but her lawyers said legally she couldn’t so came up with Net-A-Porter after thumbing through WWD’s fashion dictionary. I’m now going to be humming that song every time I open N.A.P up now….

And we’ve only known Natalie for 13 years, who knows what she’ll do next? Inspiring stuff.