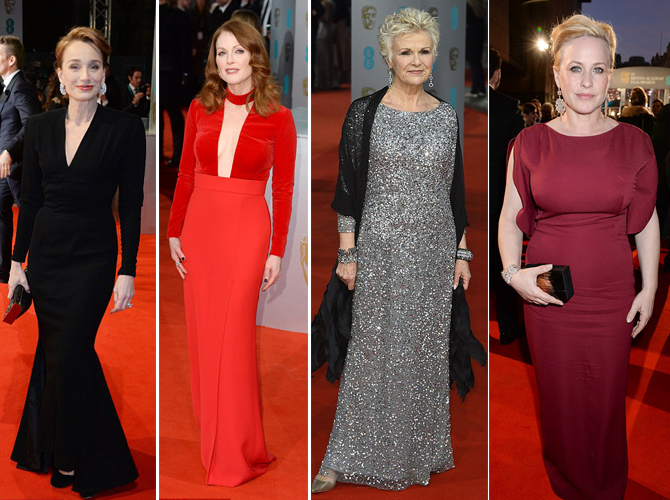 A recent interview in the Guardian with Patricia Arquette, features her thoughts on Hollywood, feminism and ageing in relation to her part in the wonderful film Boyhood where she was required to age naturally over 12 years for her role as a single mother from Texas. She talks about how director Rick Linklater was brave to feature a 46-year-old woman doing ordinary things such as reading papers and complaining about plumbing, as most studios “would say that audiences don’t want to see that”.

She also comments on how “there really is a lot of pressure on actresses to look a strange and unrealistic way. You’re not supposed to age. You’re supposed to be perpetually incredibly attractive because that’s the way the movie world is. You might be 50 but you need to talk 35. Frankly, there is no shorter shelf life, other than that of a child actor, than that of the ingenue”.

If you haven’t seen Boyhood – do – as it’s amazing – and particularly poignant if you have teenagers.

Yes Gap, again. But I couldn’t resist telling you about these lovely leopard print, pony-skin finish slip-on sneakers which are £39.95. Now the fashion…