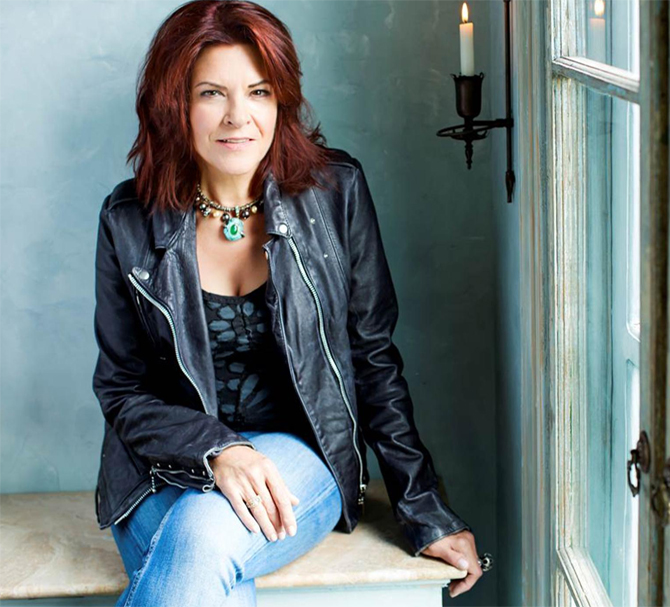 I was fortunate enough to meet Rosanne Cash when I went to New York last December, not at some fancy pants press party but at an afternoon sewing bee with my friend Kay, where Rosanne was busy making an Alabama Chanin dress. Sewing bees are great places to hang out, because you’ve all got something to do while you chat and somehow BECAUSE you’ve got busy hands, it’s easier to talk. Anyway, she turned out to be lovely and the next day she was nominated for three Grammys, Best Americana Album for The River and the Thread, Best American Roots Song for the A Feather’s Not A Bird and best American roots performance for that song too.

Rosanne was born into Country Music royalty, what with her dad being Johnny Cash, but although deeply connected to her family roots, she’s forged her own path, not easy to do with all that expectation baggage, and has worked her socks off to get success on her terms. What I found fascinating about her -and anyone else who writes songs – is her absolute immersion in her music, it’s not just a job to her, its everything. She thinks she’s made her best record ever and since she is a proper grown up (she’s 50 something) I think that’s heartening to hear. There’s a great quote on the film (below) she credits to Ray Charles, “You have a better voice at fifty than you do at twenty because your whole life shows up in it’.

The Grammys are tomorrow night and we wish Rosanne the very best of luck.

There’s a great film on her by Gael Towey (ex Martha Stewart art director and also at the sewing bee) on her Portraits Of Creativity site, below, where you can see just how fab she is.

I blame Brexit – for everything tbh, but that’s another story – as the last few weeks my social media intake has reached another…