I am indebted to eldestson, who sent me these images from Vice magazine via email with the title ‘Mum! This is what I’ll look like when I’m older!’

Eldest son is a fully paid up hipster, although he’ll object very strongly to me saying this. Until last weekend he had the beard (he’s just shaved it off), the workwear clothing, the bike, the skanky flat in a hip part of London, the roll ups and the ‘creative’ job. He always looks stylishly turned out and I’m proud of his sartorial adeptness.

These images are by Alex de Mora and I think they are fabulous. He and his stylist Kylie Griffiths have just put everyone in a track suit and used an awesome colour palate, but whatever. I am particularly keen on the knitters, (below below) although I wouldn’t trust the woman on the right with needles that big, that look on her face…

The feature is called This Is What Our Generation Will Look Like When We Retire, you might already know this, but just in case- Vice readers are around 25-30 years old. I’m not sure I spent much time thinking about what I would look like when I was older when I was 25, so it’s a interesting to see how today’s youngsters think they’ll age.

And here’s a thing, if you could go back and give your 25-year-old self a bit of style advice on clothes, what would you say? 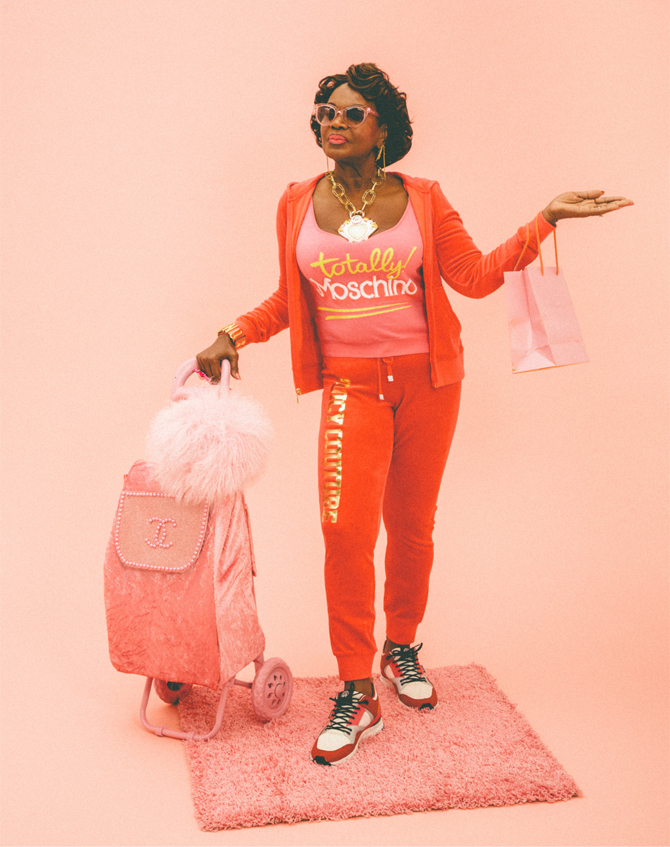 See the whole shoot in Vice magazine here and Alex’s website is here. 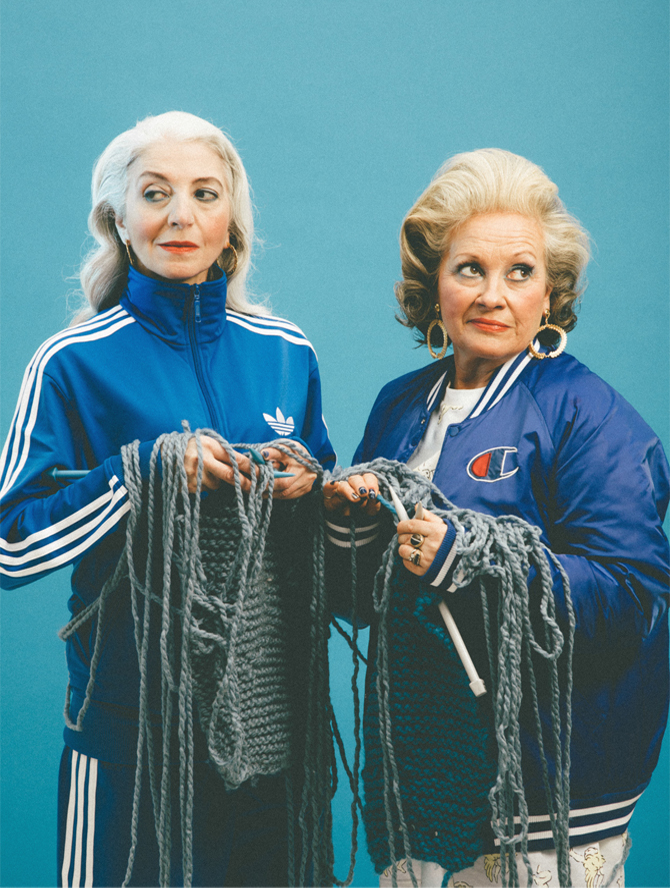 I’m kinda liking the idea of a bright velour trackie…. 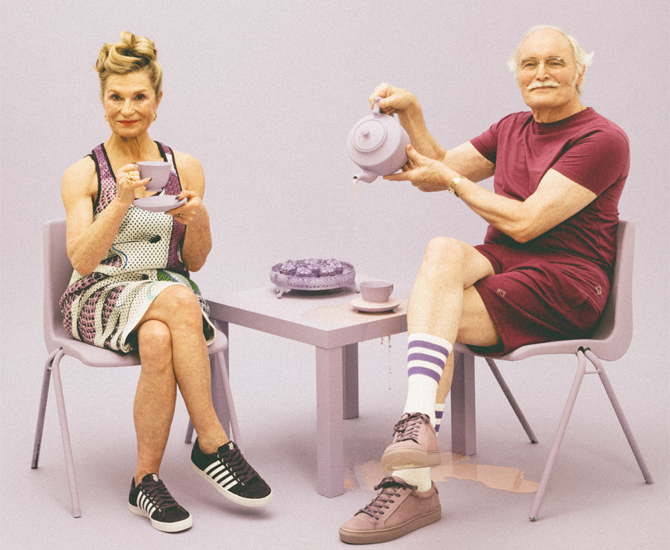 Twas the week before Christmas, six years ago. We were driving back from trampolining practice and having one of those car conversations. It’s funny when you are trapped in the car with your kids, it can go either way. Sheer…