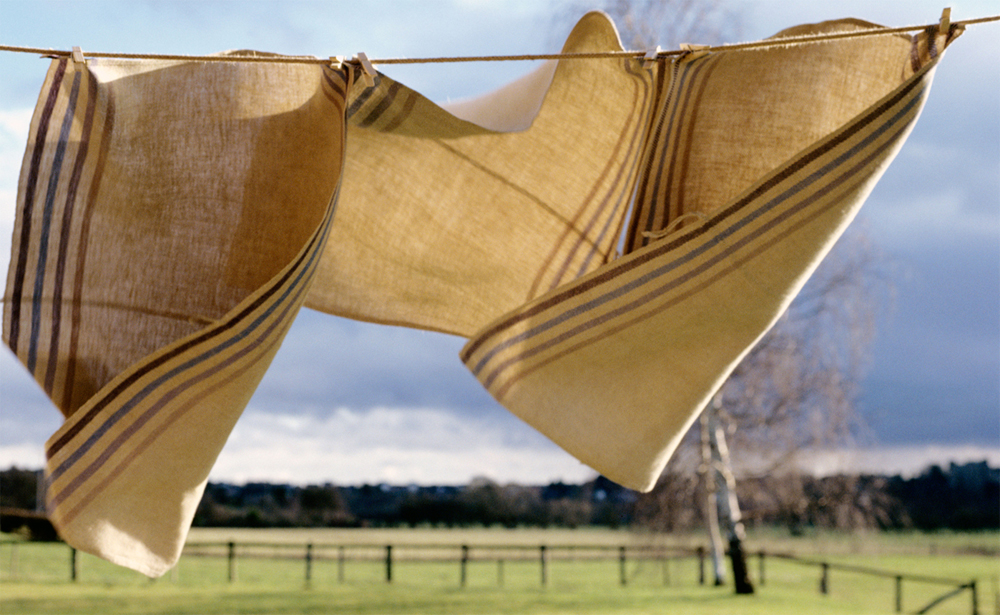 We had an AMAZING response to our Guest Blogger call-out, thanks to all of you who mailed us and today we are delighted to introduce a month long guest blogger Friday residency with Polly Leonard, founder and editor of our favourite textile magazine Selvedge. Polly will be writing about matters close to her heart over the next few weeks, and she’s starting with the actual word CRAFT…..

My husband steps on the brakes and searches for a parking space; he has seen a handwritten sign ‘Craft Fair Today’ on the entrance to a church hall we pass on the road. Although I love craft and would travel miles to find a gem, I protest that although it is a nice thought, not all craft is created equal.

The problem is the word Craft. It is just too general – encompassing everything from Alison Morton’s exquisite hand woven linen tea towels (above) to something produced as a response to Kirstie Allsopp’s have-a-go manifesto, and everything in between.

Craft is skilled work and has nothing to do with design. In Japan an apprentice would spend years acquiring skills from a master. There is no expectation to create original work before the technique had been mastered to a level that might be achieved after ten thousand hours. Master craftsmen are in turn honoured by becoming a Living National Treasure.

Alison Morton and some of her beautiful weaves

In the West, particularly the UK, this idea is turned on its head – we teach students as young as fourteen to think creatively and develop an idea through to a conclusion, with the intention that they will pick up the necessary skills during their personal creative journey. To an extent this works. We have great creative minds. I am thinking of the likes of Ptolemy Mann, (below) who as well as a virtuoso weaver is also a talented designer and has the ability to apply her creativity to a range of problems.

However, on a rudimentary level creativity is the easy bit. Almost anyone can make something. It is with sadness, though, that I note textiles suffer from the ‘design without skill’ scenario more than other disciplines; probably because the financial investment necessary to knit a scarf is less than that needed to say throw a pot.
Of course, when craft is combined with design it becomes cool; in urban centres such as Shoreditch the keyboard has been replaced by the workbench to startling effect. New galleries re-present old crafts for a new affluent audience and craft fairs fill every weekend. At its best craft is often quiet – it does not shout like design, and this partly accounts for its struggle. Take another look at Alison Morton’s tea towels. The Scandinavian aesthetic is not afraid of this silence and that is why they sit more comfortably with this genre.

So how do we categorise craft? I am struck by the low status of craft in schools as opposed to say music – a student studying an instrument will have a one to one lesson each week, is expected to practice half an hour every day and is tested once a year. Something similar for craft may provide a solution.
So to satisfy our curiosity we pay the entrance fee and cruise the stalls at the Craft Fair in search of that elusive gem.
Ptolemy Mann is exhibiting at Selvedge Artisan Fair 3rd and 4th December Chelsea Old Town Hall. For more from Selvedge, see here

I shouldn’t like this because a) it’s a mini leather satchel and I don’t ‘do’ mini handbags, b) it’s pink and (until recently) I’ve not been…