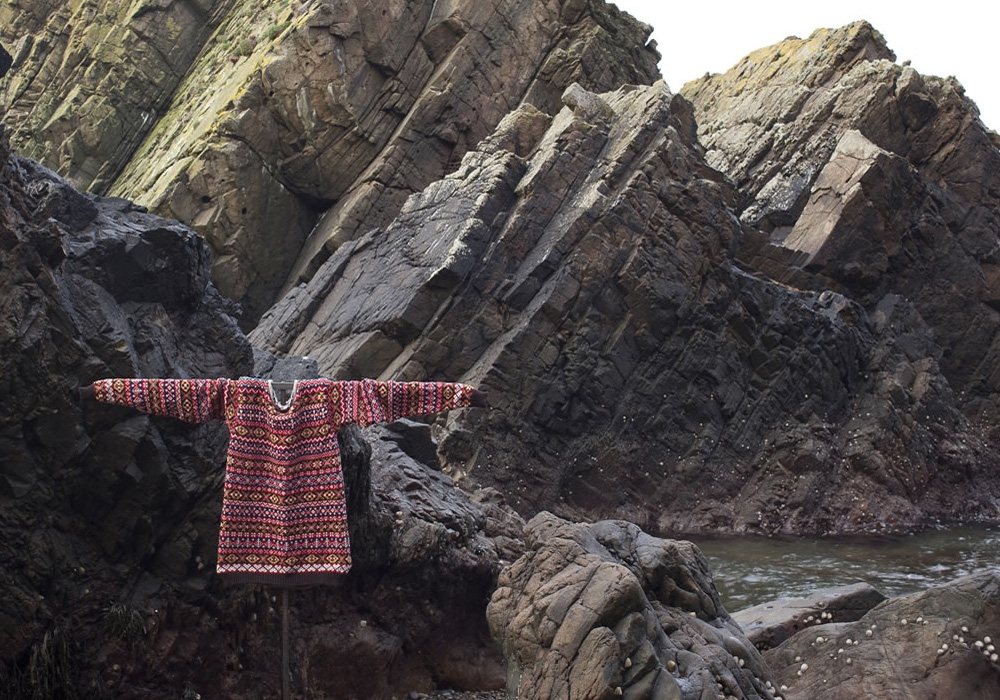 It was the invention of the criss-cross structure of weaving that led to the development of architecture and shelter. The development of the sail led to the beginning of international trade, and the wealth of our cities was built on the money from the industrial revolution that began in the textile mills of Lancashire and Yorkshire. This week we’ll be exploring the cultural identity of the Fair Isle jumper. 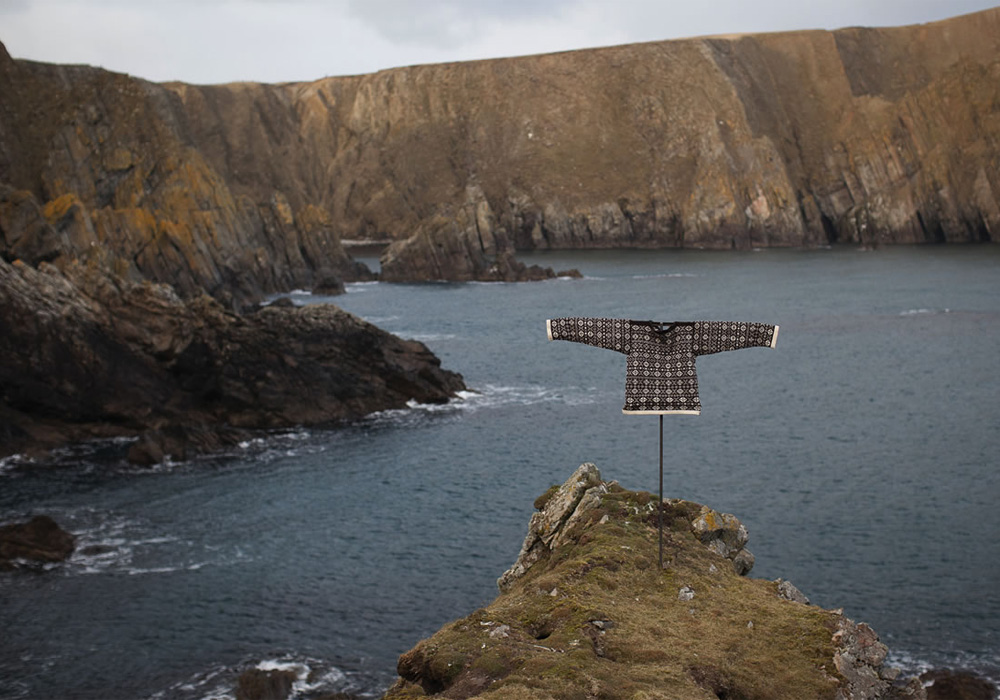 Although Fair Isle is the most remote inhabited island in the U.K, it is nevertheless renowned for its knitted textiles and for being a place of astonishing natural beauty. The earliest written records of Fair Isle knitting, which date to the first half of the 19th century, tell us that it has always been a form of ‘native’ local dress and a product sold outside the island.

The abstract motifs across bands of colour mean that the finished garment is both decorative and, as a result of the double layer of fabric created by the stranding technique through which the patterns are made, highly practical.

The craft is bound with place, inseparable from this tiny island in the North Atlantic, but has evolved and been successful as a result of that island’s outside links.

Fair Isle was an important stop on busy trade routes between coastal communities, so it makes sense that shared influences led to the development of the island’s distinctive technique over an extended period.

The most enduring story of the Fair Isle’s origins relates to the wrecking of a Spanish Armada ship, ElGran Griffon, in 1588, when locals are said to have been influenced by the coloured knitwear of stranded sailors. This tale demonstrates the power of marketing stories, and their ability to dominate and distort history. A more widely accepted theory is that Fair Isle knitting grew up around the various styles of stranded colour-work that developed in Scandinavia and the Baltic regions. In the 1920s, the fashionable and eminently handsome Prince Edward was photographed sporting Fair Isle knits on the golf course and was immortalised in a V-neck pullover in a portrait by John St Helier Lander in 1925 (left, above).

Strengthened links between Shetland and Norway during the Second World War saw a particularly Scandinavian influence on patterns and garment shapes. And we’re all familiar with the images of the McCartneys and Twiggy in their Fair Isle yokes in the 60s.

Today multiple variations of the Fair Isle can be found (especially around Christmas) we’re particularly fond of Mattie Ventrillon’s take on this design tradition.

If you’re interested in finding more designer makers who understand and appreciate the history and quality of textiles, why not visit the Selvedge Artisan Christmas? 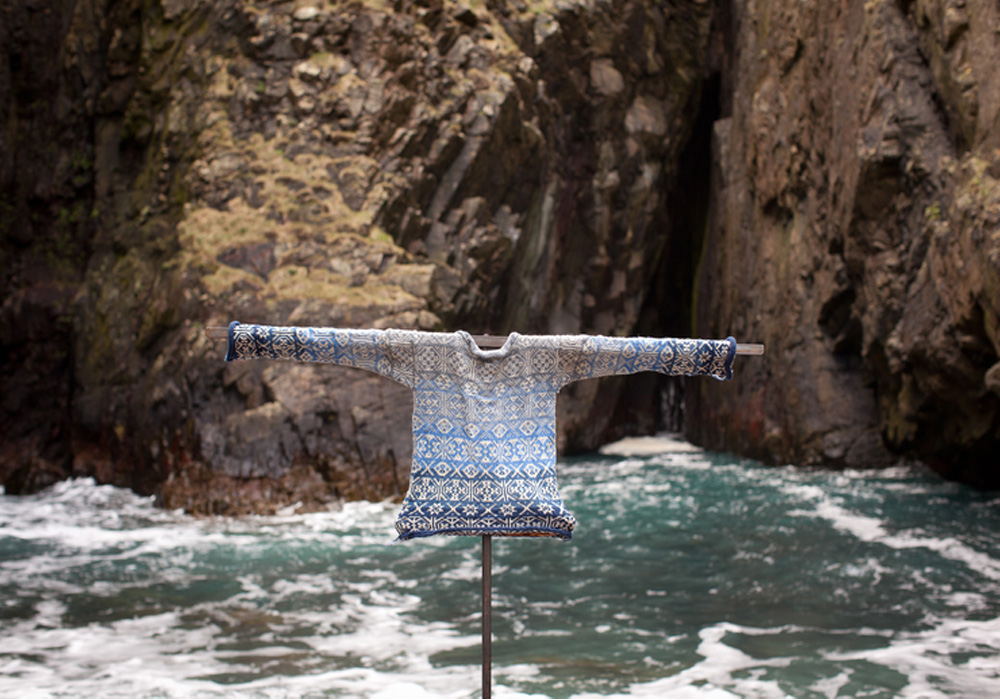 Pia Jane Bijkerk, from Enhance the Everyday It’s all about lovely things to look at the moment…quite independently Jane and I have selected this week to write about nice books we’ve seen (there’s a nice one coming tomorrow too)…I’m sure…