This week, the Selvedge team discuss the Aran jumper, and remember if you are in London, the Artisan Fair is on today at Chelsea Town Hall, and in Bath on December 12th. Check for details (or do your shopping on line) on the Selvedge Website

Much like the French beret or Spanish sombrero, the Aran jumper presents a strong case as cultural mascot for the Aran Islands on the west coast of Ireland.

Although these heavy, cable-knit jumpers appear to all fit into one model, every single one has its own rather seductive and complex language. As with many other regional garments, the designs of an Aran jumper would traditionally relate back to its maker’s family or clan – simplifying the process identification. However, perhaps more intriguingly, each stitch used has come to have its very own symbolic meaning.

As noted by the Aran Sweater Market; The Cable Stitch is a depiction of the fisherman’s ropes, and represents a wish for a fruitful day at sea. The Diamond Stitch reflects the small fields of the islands. These diamonds are sometimes filled with Irish moss stitch, depicting the seaweed that was used to fertilise the barren fields and produce a good harvest. Hence the diamond stitch is a wish for success and wealth. The Zig Zag Stitch, a half diamond, is often used in the Aran Sweaters, and popularly represents the twisting cliff paths on the islands. The Tree of Life is one of the original stitches, and is distinctive to the earliest examples of the Aran knitwear. It again reflects the importance of the clan, and is an expression of a desire for clan unity, with long-lived parents and strong children.

These stitches are reminiscent of Celtic art and comparisons have been drawn between the stitches and patterns found at Neolithic burial sites such as Newgrange in County Meath. Once finished – usually after around 60 days – an Aran jumper can contain up to 100,000 stitches.

Although there is no universally agreed history of Aran knit, it is generally thought to be a rather recent invention. Initially derived from the Gansey, the Aran jumper soon grew into its own very distinguishable design and technique – most agree that Aran knitting came into its own in the early 1900s. The logic behind this being that enterprising women on the Aran islands began to modify their ancient gansey designs into a construction involving less labour but retaining the gansey’s effectiveness – if not increasing it. 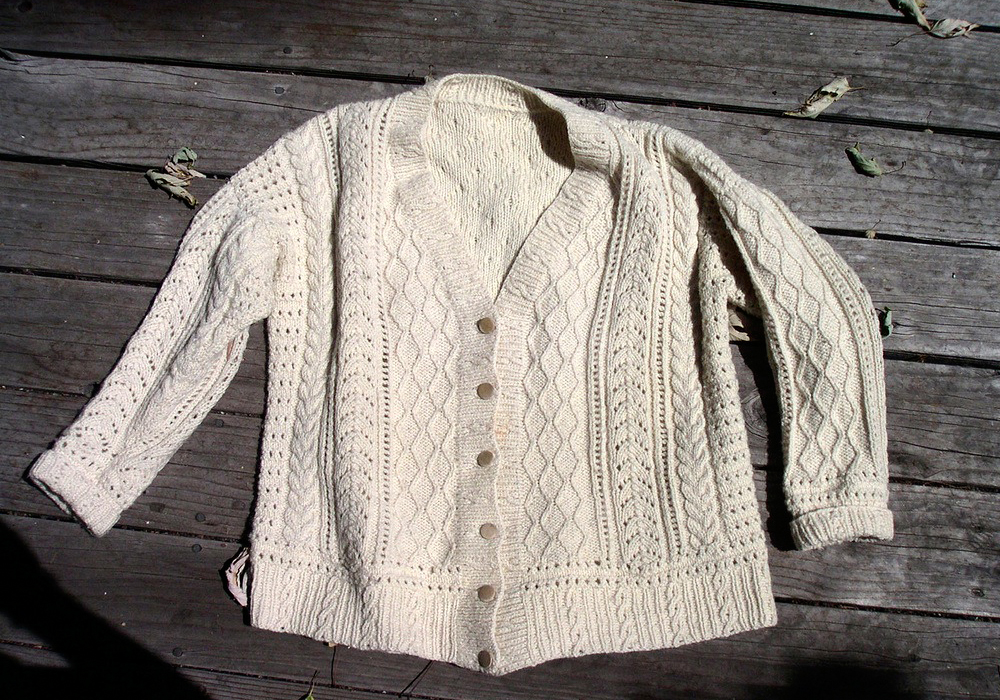 Whereas ganseys and other durable jumper designs are generally knit from a finer wool, the Aran uses a much thicker wool – resulting in its trademark cabling and wrapped designs. Worn by farmers and sailors on the islands, warmth and practicality were key so the use of a thicker natural wool, which would trap air and heat more effectively than a finer yarn, absorb up to 30% of its weight in water before feeling wet and remain breathable – must have felt quite revolutionary on discovery.

The wool traditionally used would have remained un-dyed – hence the jumpers’ cream colour – and unwashed. Makers would refrain from washing the wool before knitting because unwashed, the yarn would have contained water repelling sheep lanolin.
These well known chunky, cabled knits are rich in personal and community histories and live on though a host of modern updates. 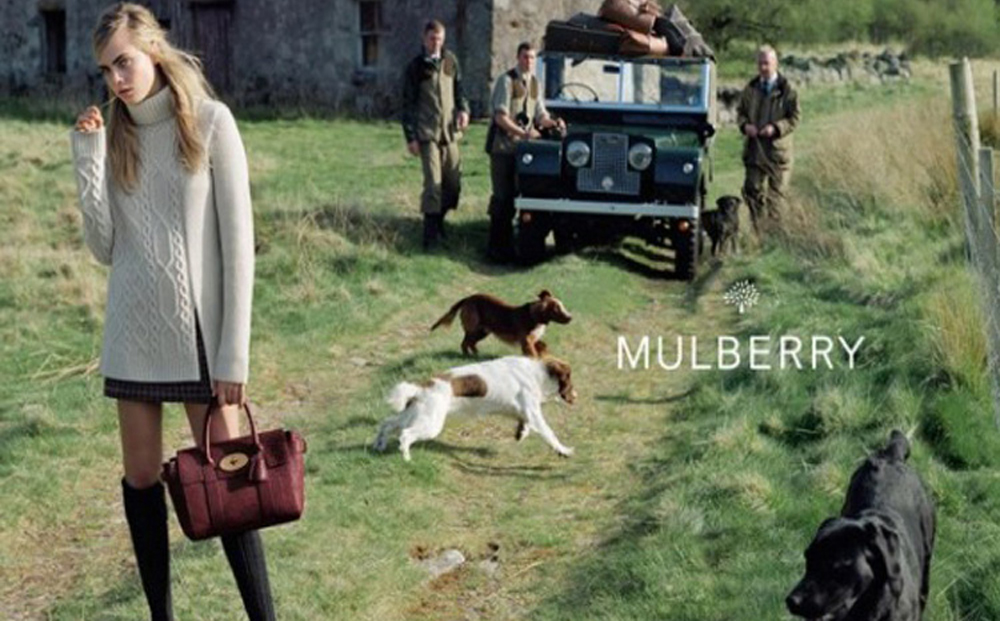 Design collective Household and illustrator Sarah Melin, came up with the perfect way to create the ultimate low cost, high quality shopping experience. They set up the Pound Shop in Hoxton East London for a week last April, selling original…