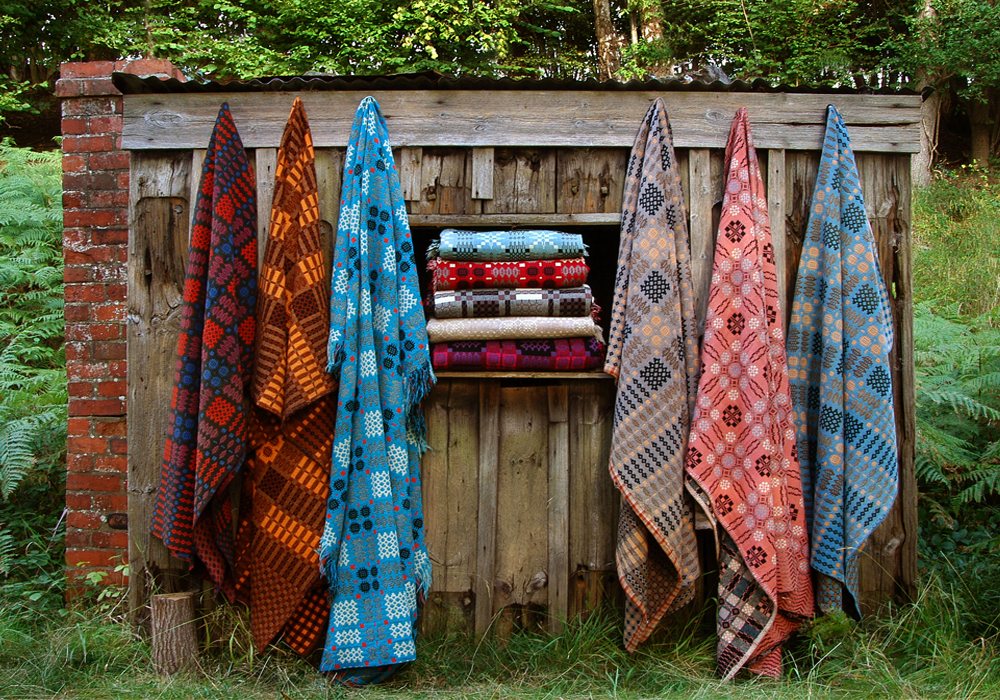 This week, Selvedge Magazine looks at Welsh Blankets and I’m warning you, you’re going to want one after you’ve read the post……

Wales’ rich community of designers and makers – both historic and contemporary – is often overlooked in comparison to those of its celtic cousins Ireland and Scotland. It is such a shame given the obvious value of Wales’ creative output, that when one sees a Welsh blanket or quilt (unless you’re fully clued up on traditional textiles) the first thought is ‘what a beautiful blanket’ rather than ‘what a beautiful Welsh blanket’. And yet we all know, aficionado or not, where a kilt, sporran or an Aran sweater hails from. 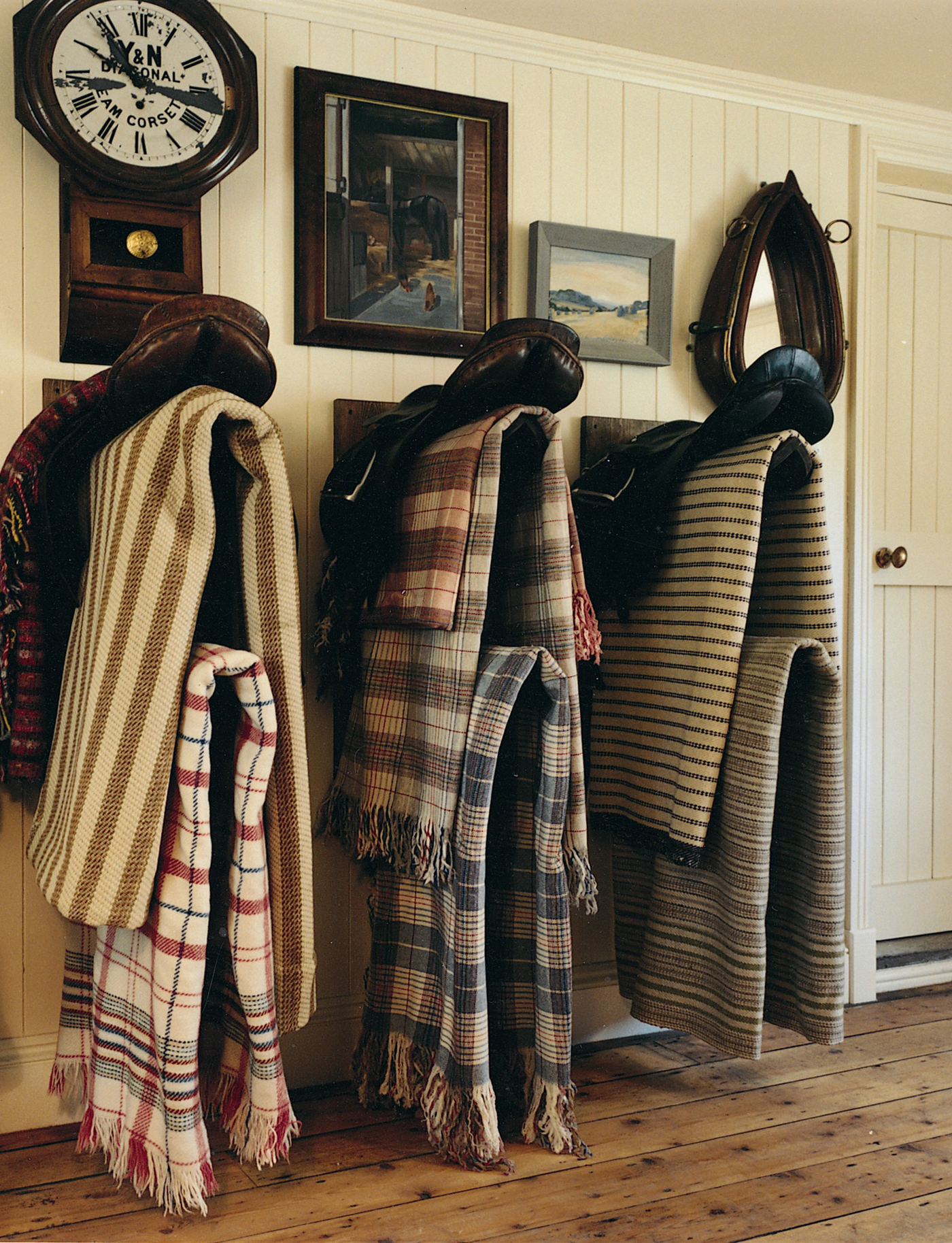 In particular the craft and history Welsh blankets has at times been almost completely forgotten. This is evidenced by Athene English’s quest to map out their heritage from practically nothing. Where blankets and quilts in America and Canada are all archived and recorded, no such care has been taken in the past in Wales. This prompted English to personally safeguard the blankets’ histories, languages and traditions. This painstaking and rather heroic investigation – which involved reading each and every little bit about the Welsh woolen industry – has thankfully been fruitful.

Through English, we know that blankets with a central seam are usually from before 1910 and woven on narrow looms. After this date government initiative relocated wider looms, discarded by the technologically expanding Yorkshire mills, to Wales. Determining a blanket’s specific place of origin, it turns out, is a process of observation, collecting snippets of information and combing the country systematically… always looking and asking, asking and looking.

English has since amassed her own impressive and properly catergorised collection (and become somewhat of an authority). Whilst the identities of the makers of antique Welsh blankets are largely lost, the styles, patterns, weights, feel and colours are all important and revealing qualities in an blanket. It was towards the end of the 19th century that the blanket trade moved from hand weaving to the machine and in part insured their survival. This ultimately placed textile manufacture in Wales in a kind of metaphorical balance: between the resurrection of vulnerable skills and the rebranding of craft artefacts; between a sustainable business model and a fragile niche.
From her shop, The Great English Outdoors,  English stocks blankets dating back to the 1870s – many of which are plaid and unfringed indicating that they came from poorer families while fringed examples, larger and softer, would have been more expensive. Today the blankets have lost their ‘grittiness’ and roughness of fleece of their antecedents; but they maintain the range, vigour of palette and tradition. 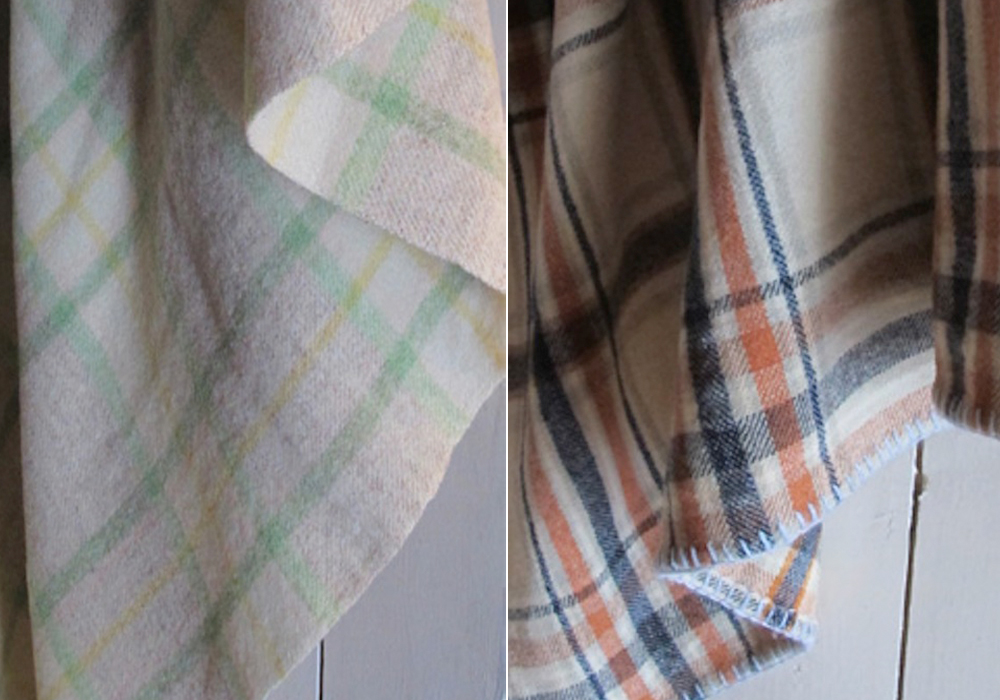 These everyday items were recognised as a record of the people too late: by letting that record disappear Wales lost a valuable part of its cultural heritage. They do however, still offer us a glimpse of the past, and to the cultural as well as the practical significance of the blanket: to cosset and protect, to guard against the cold, to celebrate.
If you’re interested in finding more designer makers who understand and appreciate the history and quality of textiles, why not visit Selvedge’s Artisan Christmas fair in Bath?

It’s quite hard to find a smart, well priced lap top bag, one you are happy to carry proudly as an accessory. I was…