I have to admit I have been more than a little bit skeptical about the whole #eatclean movement. Having initially raved about the Hemsley and Hemsley cookbook, I gave up on it after several attempts at recipes which required expensive trips to Wholefoods for ingredients I had never heard of. So when I was asked to a lunch with Ella Woodward, one of the leading pioneers of the movement, I was intrigued to learn more about the trend for what seemed to me, an extreme way to eat.

The lunch took place in Ella’s recently opened a cafe in Marylebone, which was packed full of eat clean devotees. A bright and airy place, with the odd vintage touch and regulation exposed brick and light bulbs, the food looked delicious and not as ‘worthy’ as I had feared. Don’t get me wrong, I’m a huge fan of vegetarian food and try to eat as healthily as possible, but extreme diets of any kind makes me a little wary, as they can often be a disguise for eating disorders. 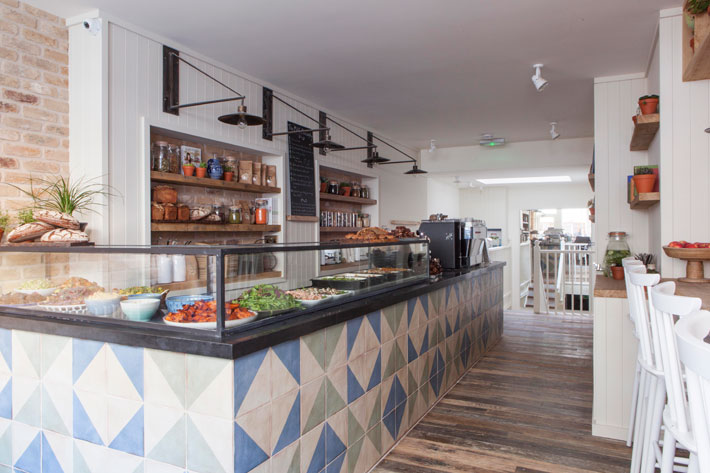 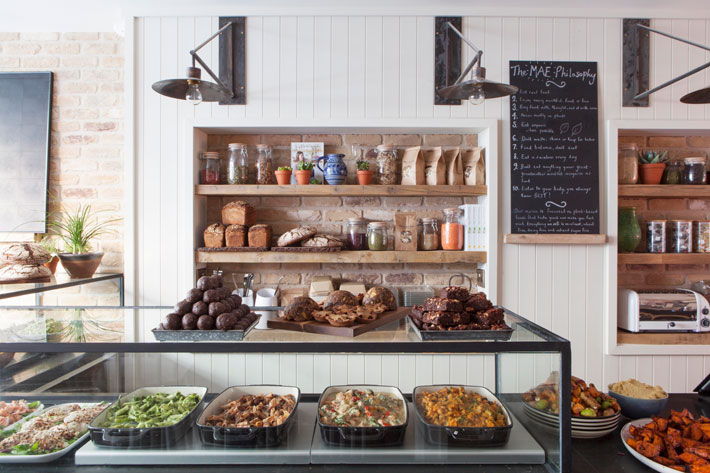 We were shown down to a cosy basement room where lunch was served, Spanish Almond soup (strange texture and slightly tasteless) followed by buckwheat, orange and pomegranate salad (delicious and the kind of thing I would definitely make at home) and a selection of fresh juices. 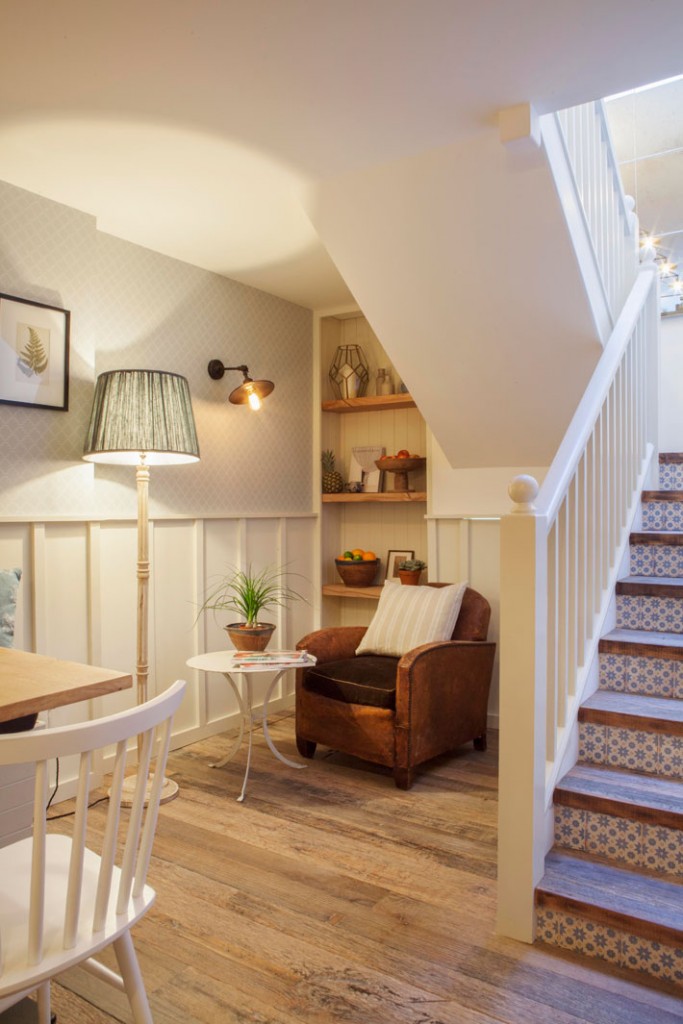 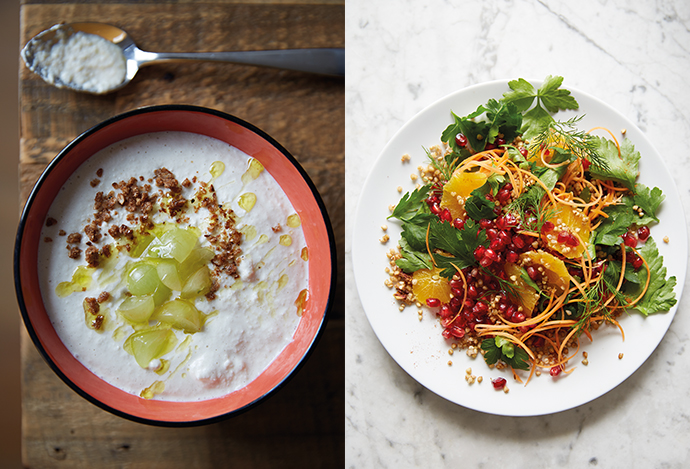 Spanis Almond Soup with grapes and Buckwheat and Pomegranate Salad

Pudding was clementine and coconut cream sorbet which is possibly the simplest recipe – ever. It was delicious and something I will definitely try at home.

I was beginning to change my opinion about Ella’s food and after listening to her talk about how she had overcome a debilitating illness by completely changing her diet – I was intrigued to know more.

After being diagnosed with a relatively rare illness – Postural Tachycardia Syndrome – where she slept for 16 hours a day, was in chronic pain and had unbearable stomach issues, never ending heart palpitations and constant headaches – she tried healing through conventional medicine for about six months, but with very little effect. She realised it was time for something new and began researching holistic, natural healing approaches and adopted a whole foods, plant-based diet, giving up all meat, dairy, sugar, wheat, anything processed and all chemicals and additives. After eighteen months the constant pain stopped and she was able to come off all her medication. 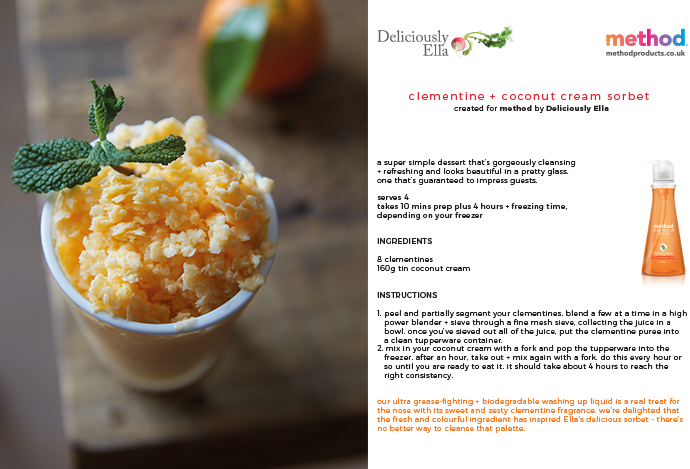 Ella set up her blog to to show how easy and delicious healthy food can be and over time attracted a massive following on social media. She has also developed a best selling app, written two cook books, opened the Mae Deli with her fiancé, taught cooking classes, hosted supper clubs and is training as a naturopathic nutritionist.

Over lunch Ella told us how she views the products in her home the same way she does cooking ingredients. Why eat super healthily and use horrible chemical products around your house. She is a huge fan of natural brand Method and our lunch menu was inspired by the fresh ingredients  – almonds, clementines and pomegranates –  in their products.

I love Method products and find them gentle but effective (unlike some other eco brands which simply don’t work) and they smell amazing. 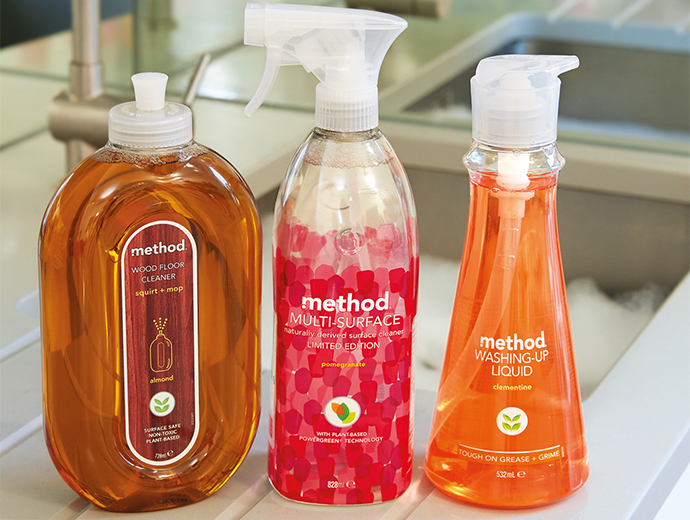 I am slowly coming round to Ella’s way of eating. But unless I found myself in her position of having to give up certain foods – I don’t think I could adopt it as a way of life. After all as I write this, it’s Sunday evening, raining and the fire is lit – what could be better that a huge roast followed by crumble and custard.

The Mae Deli is at 21 Seymour Place, W1H 5BH and Ella’s second cook book is out now.