Dry January. Are we really such a bunch of lushes that we need to take a whole month off to prove we’re in control? Denial only makes me want something more, so I’m unlikely to adopt this idea as a way of keeping my alcohol consumption in check, although I have definitely cut back after the festive binging. Middleson is doing ‘Damp January’, where alcohol is restricted to one day a week, which is more where I’m at.

However, many of my friends have done Dry January, so I’ve been on the look out for something interesting to serve them. Which is where Seedlip comes in. Tipped off by my friend Lindsay, and seeing that it appears on the drinks menu of the hottest new restaurant in town (Sexy Fish) I headed to Selfridges to find out more.

Although it looks like a bottle of artisan gin (and btw costs about as much) this arty brew is actually properly distilled botanicals on a citrusy base and should be served either on its own or with a dash of tonic. It is created – like gin – in a copper still, but without the alcohol or sugar. 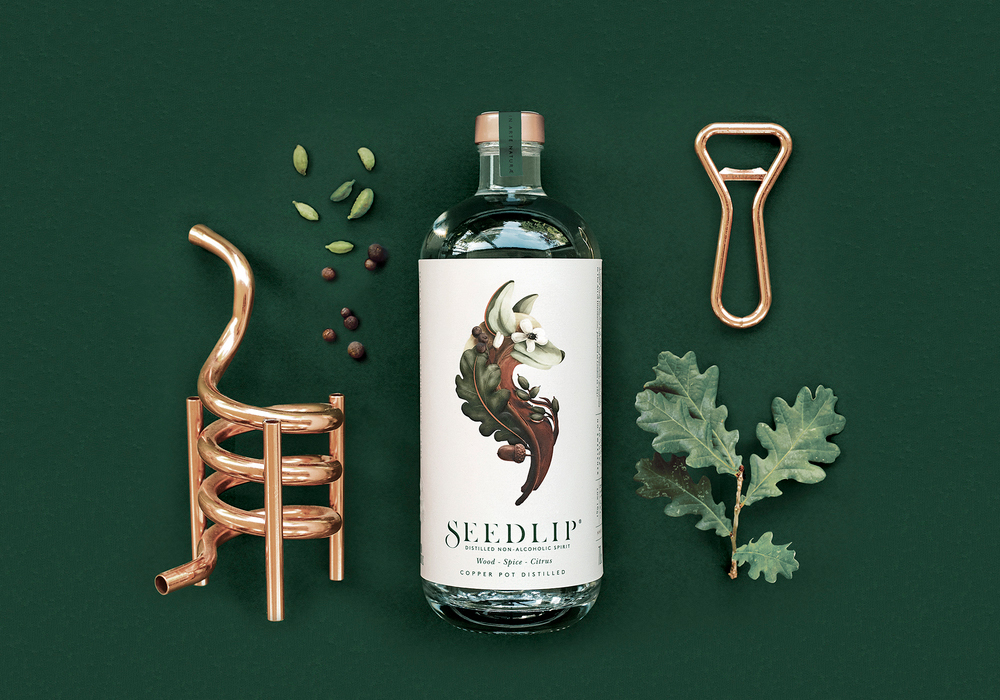 Although it certainly looks the part on the drinks trolly (no I don’t really have one, but I am rather keen on reviving the hostess trolly in one form or other- more in a later post), how does it actually taste?

I’m slugging it neat as I write at 3.00pm in the afternoon, which feels slightly naughty. It starts with a gentle whoosh of woody cinnamon and spice, which comes at you with a faintly lemony after-wash. It’s lightly bitter, very clean tasting and rather nice. Not gin, obviously, but a grown up alternative if you needed to remove alcohol. My sister is a migraine sufferer and can’t drink, I’m thinking this might work for her and of course pregnant women are always on the look out for something interesting and non alcoholic.

When served to friends this weekend, both Dry January-ers came back for seconds. it’s not at all sweet, which is refreshing and useful for those on diets too. It’s enlivened by tonic water (FeverTree, since you’re asking) and actually looks like a G&T. I think it’s a tad expensive at £29.99 but it’s a great idea. Buy it here