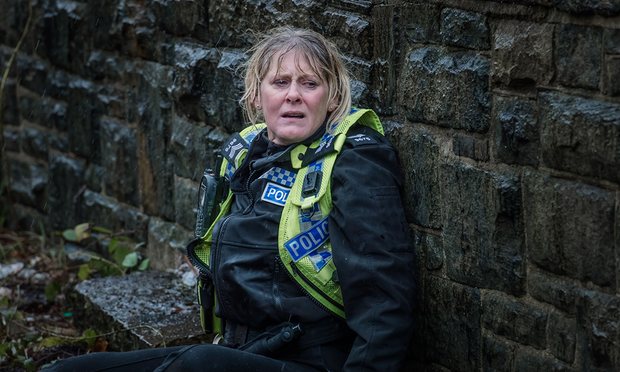 Over the last six weeks the nation has been gripped by Happy Valley and Sarah Lancashire’s portrayal of Yorkshire policewoman Catherine Cawood, whose professionalism hides a personal tragedy – the suicide of her daughter who’d been raped by psychopath Tommy Lee Royce. Not only is she bringing up Ryan, the child born as a result of the assault, her sister is a recovering heroin addict and alcoholic and her son has left his wife to live back at home. Catherine is the glue that holds the family together, while also keeping the peace in the Calder Valley.

Intelligent and tough, Catherine is also venerable and kind and 100% believable as a woman living on the edge. She has a dour Yorkshire wit with the best one liners –  my favourite being “man up princess, use you initiative” when berating a young male officer who’s trying to help her with a suicide victim.

The series is written by Sally Wainwright who also wrote Last Tango in Halifax and series 4 of Scott & Bailey. She started out writing for The Archers (which she left because everyone was too nice and middle class) and Coronation Street. Her female characters are consistently at the centre of her plots and she shows them as strong, complex, funny and flawed – qualities usually reserved for men. 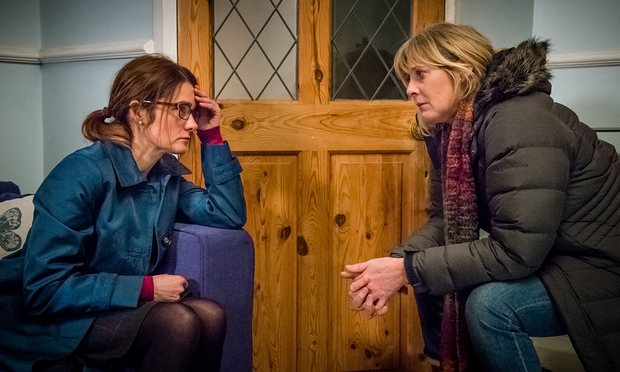 In an interview with the Guardian recently she rejected the notion that her male characters are weak. “I don’t think so. I just don’t focus on them. I resent it because there’s this perception that I consciously write men as twats. I don’t.”

Personally I think Wainwright’s representation of women reflects real life – where we are determined, capable, and quietly strong  – and as my kids say “getting shit done” – now out of my way I’ve got crimes to solve!

Attention womenfolk, this is a good new thing from The White Company. Advanced Skincare Collection is the brand’s first foray into proper beauty creams,…