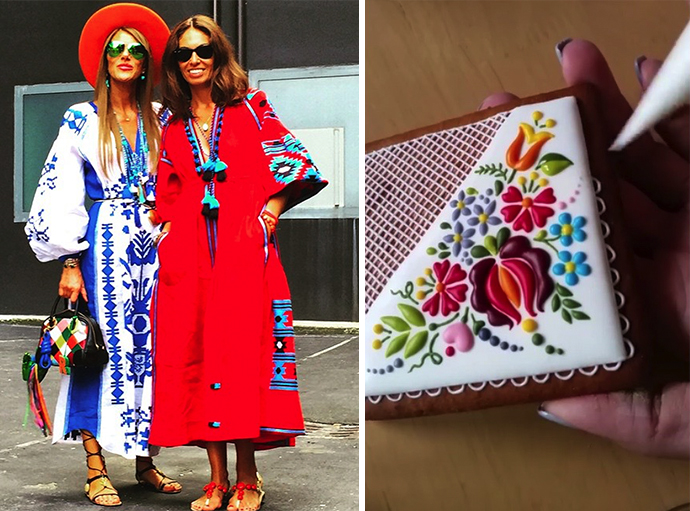 Remember ages ago we told you about the cult ethnic dress trend made popular by Ukrainian designer Vita KinVita Kin. Previously only sold via her Instagram account, the range is now available on Matches – if you have £1000 to spend on a dress! Known as vyshyvankas, there are lots of cheaper, slightly more wearable versions available on the high street (see below).

But if the boho look is not your thing, maybe you’d like to try out the current trend for eastern European inspired icing! Yes you heard right, traditional embroidery patterns are a huge trend (particularly on social media) as fashion and food continue to influence each other. I just can’t stop watching this video – but can’t actually imagine allowing anyone to eat the cake after that much effort!