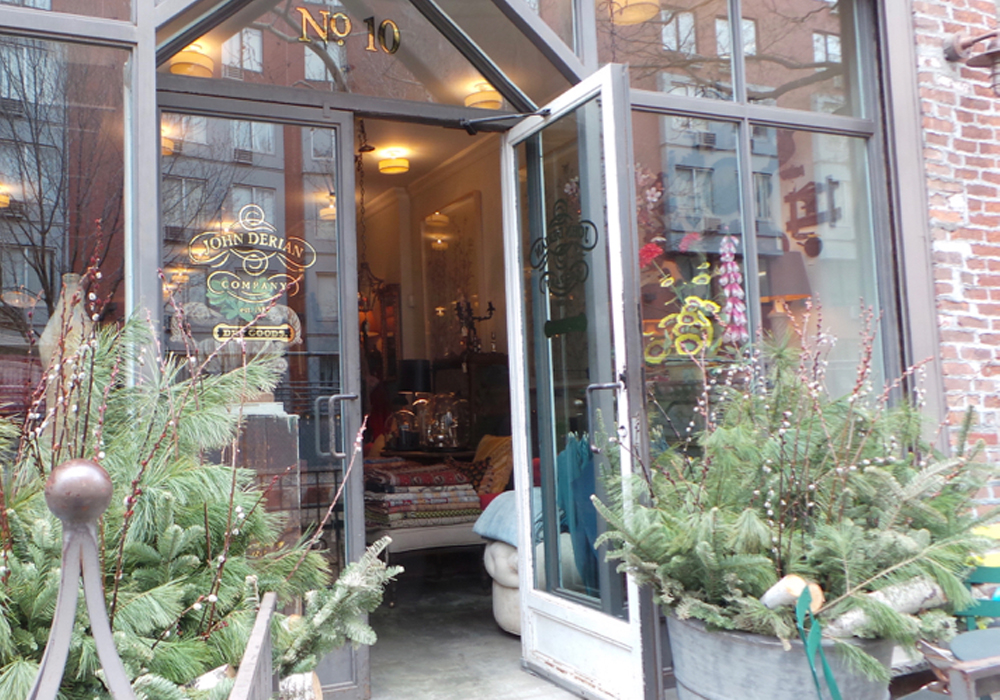 In this next post from our New York Like A Local series,  Elena Bowes visits one of my all time favourite NYC stores, John Derian, tucked away down on East Second Street, an inspirational place for anyone who likes making things.

“Renowned designer John Derian made his first decoupage plates from his bedroom in Cambridge Massachusetts nearly thirty years ago. He became inspired after discovering a box of unique antique prints in a flea market.

Production has since shifted from Derian’s bedroom to a 4,000 square foot studio in Manhattan’s Lower East Side, a two-minute walk from his three shops, where he sells his coveted nostalgic decoupage pieces, as well as a whole host of other irresistible homewares. Derian’s dreamy handmade designs are sold in over 600 top-notch interiors shops and via catalogues worldwide. 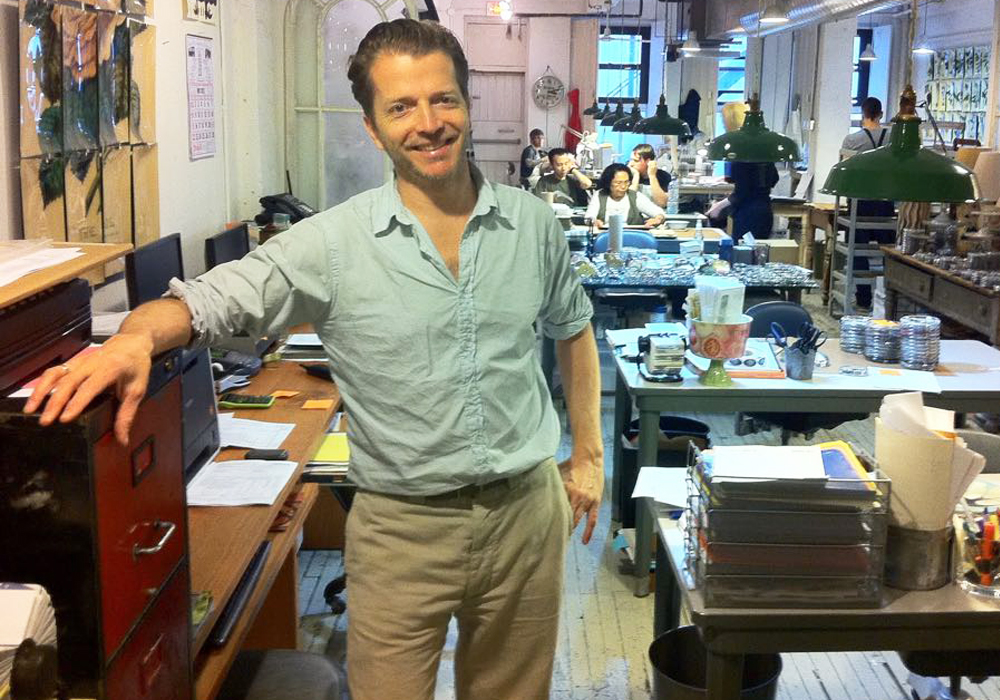 Plus ca change. Derian says that he still enjoys doing the same things now that he did as a kid.

“I liked crafting, building forts, rearranging furniture, drawing and play acting … I don’t remember school at all. I had a crazy imagination. I just remember fantasising about making stuff.”

In many ways Derian is a one-man band, making all the creative decisions himself.

” I’m the hunter and the gatherer. I’m the father and the mother and have thirty kids between my studio and my stores.” 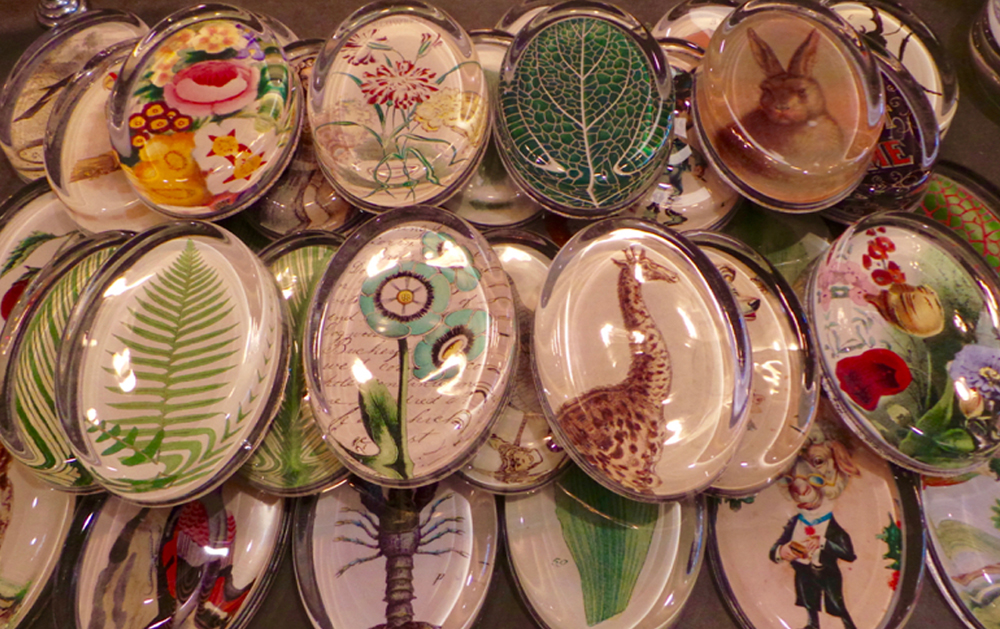 Derian uses English, French and German prints from the 18th and 19th centuries as the starting point for his decoupage images which are then applied onto a range of household objects – a paperweight, a bowl, a dish, a platter.

He sometimes collaborates with others, such as French ceramics maker Astier de Vilatte where his iconic imagery is splashed onto AdV’s classic white tableware. Every year Derian does four shows – two in Paris and two in New York. He introduces some 600 new objects a year in January and August. He is drawn to quirky objects that are colourful, charming, useful and hand-made. This year Derian was inspired by vintage prints featuring slices of stone. These stone images will make their debut on trays and office cups this August. 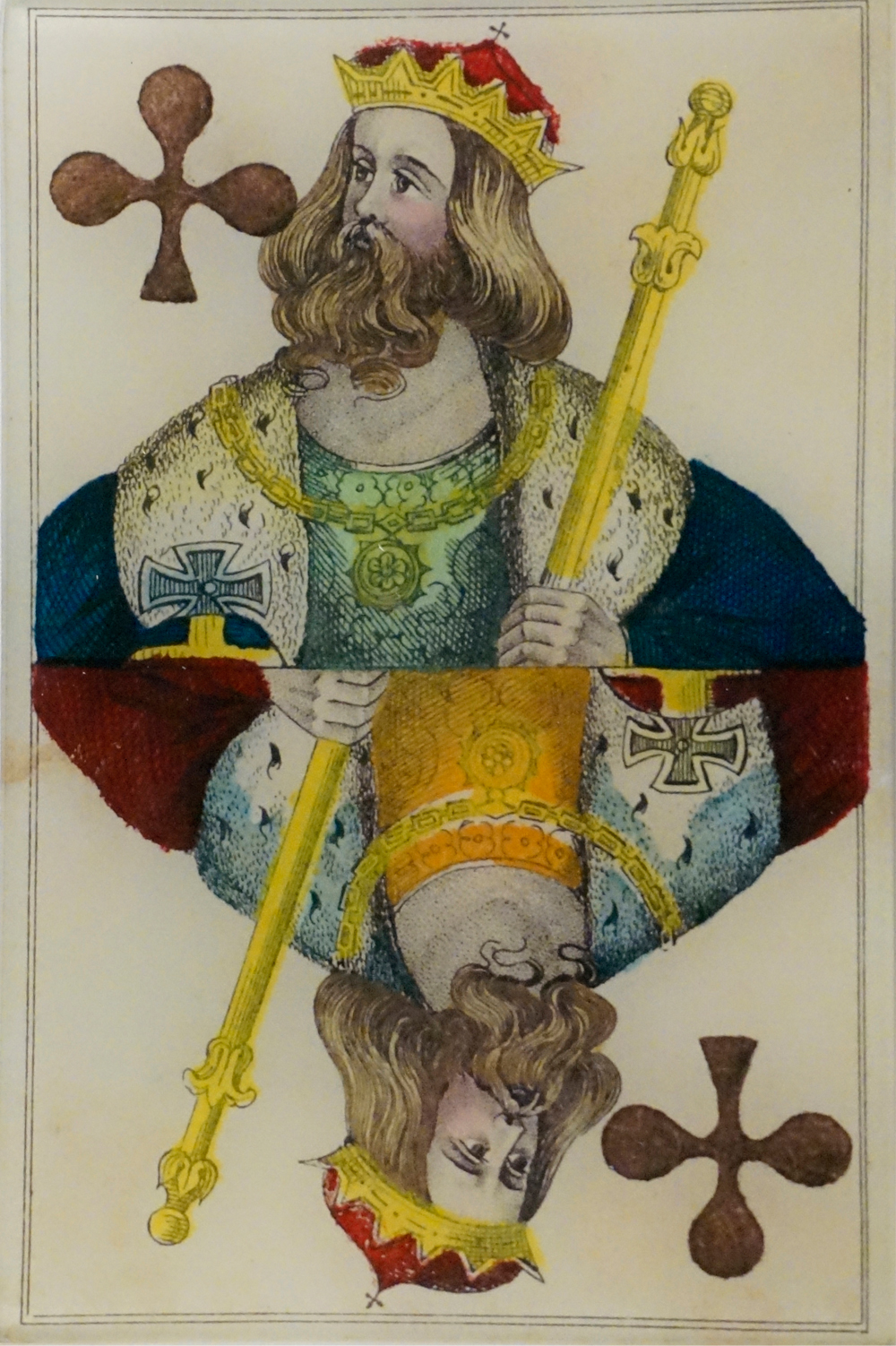 “I collect things throughout the year and then twice a year I go through a pile of what I’ve collected, or I might go through my archive and see what I haven’t used. Sometimes I have things pinned to my wall for five years, and I think, will somebody understand this, and then of course, they do.”

Derian has also recently collaborated with fashion designer Anna Sui, to produce a bag covered in cat images (below right). The bags are Derian-designed, one-of-a kind collages, laminated and then stitched together by Anna Sui’s team.

For those of you who can’t get enough of Derian’s eye for the ephemeral, this October sees the UK launch of John Derian Picture Book (below left), an extra-large tome packed with 400 magical full-page images, with a forward written by Anna Wintour. Derian hopes people will open the cloth bound hardback, leaf through its extra-thick pages and tear out a page or two to be framed and enjoyed.

In addition to his own designs, the Lower East Side shops also sell vintage and antique imports, bed and table linens, stationery, plate-ware, vintage and new lighting, and an ever-changing mix of one-of-a-kind curios. (For those who can’t make it across the pond, some of Derian’s pieces are sold in the Conran Shop, Liberty and Duchy of Cornwall Nursery.) 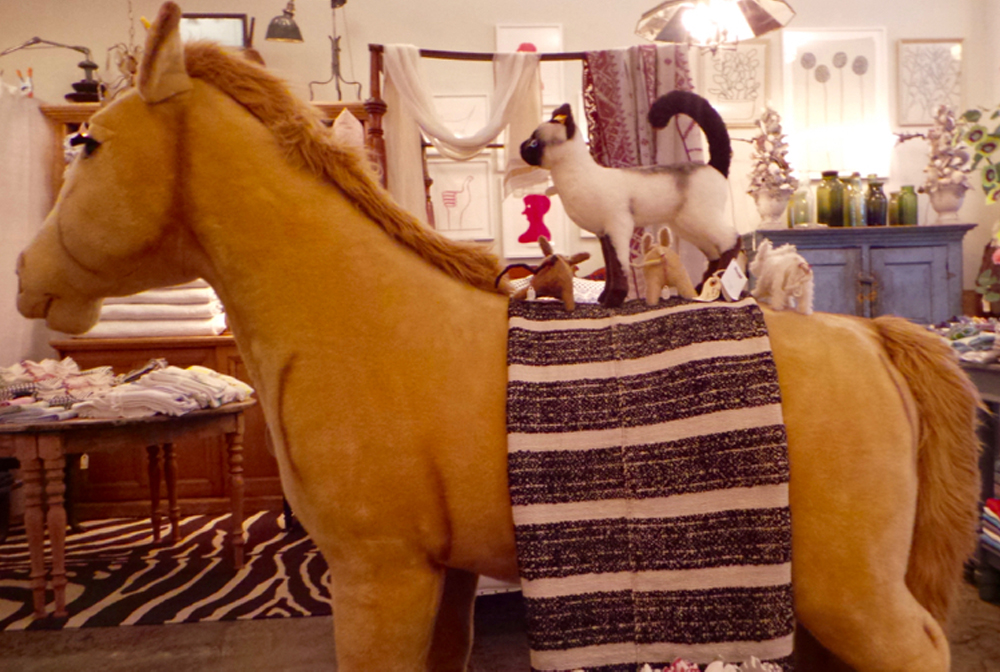 Fancy a hand-made puppet? Or a pony for the urban dweller? 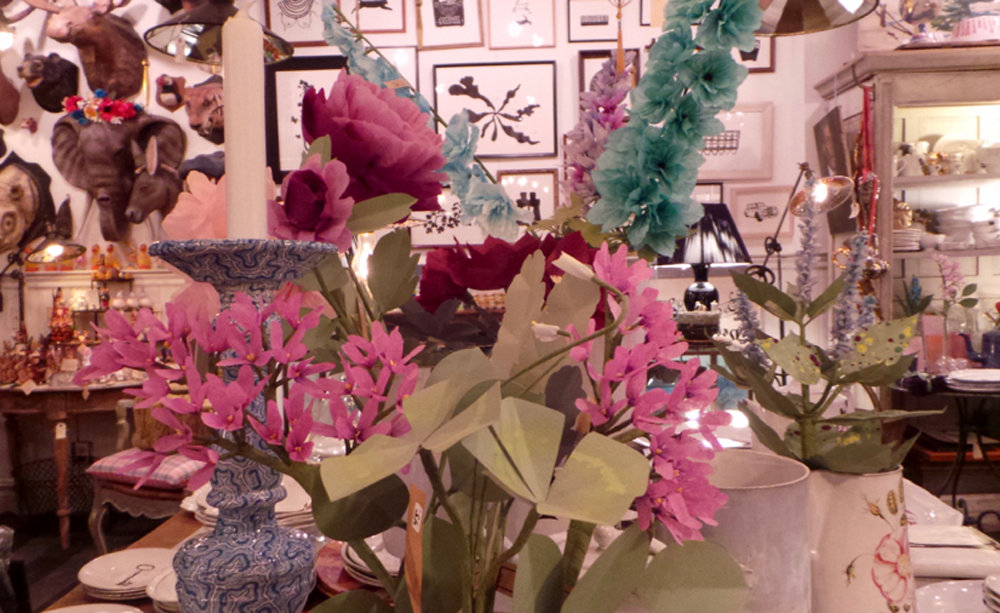 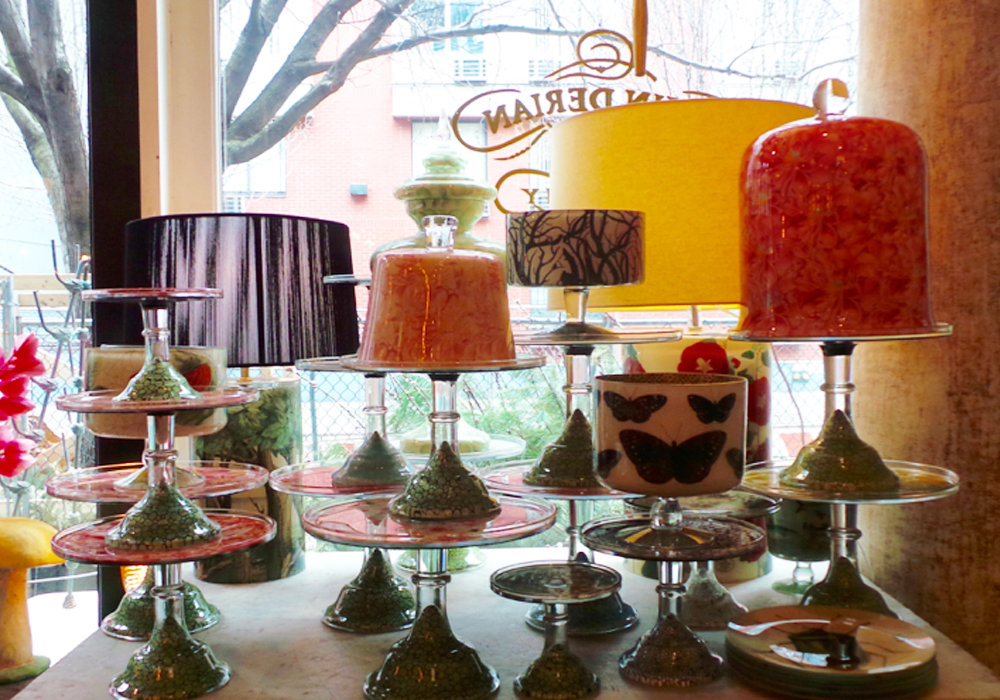 Derian explains that he gets unusually attached to objects, the same way another person might for a painting. Objects carry the essence of the people who made them, who loved them, says the Cambridge native.

“I feel connected to things. They do kind of speak to me.” Derian lived in the same apartment for twenty years and thought “if this bowl were to break, I’d have to move.”

Luckily, for Derian, the bowl did not break.”

Visit John Derian’s stores at and around 6 East Second Street, between 2nd Avenue and the Bowery