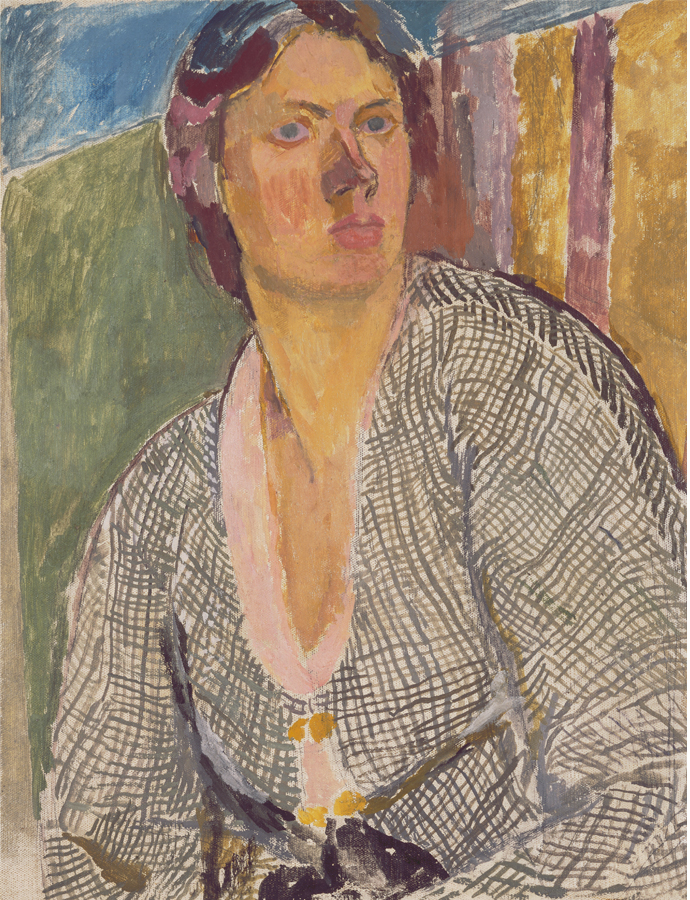 Attention Bloomsbury fans, there is a really wonderful exhibition of over 100 of Vanessa Bell’s paintings, photographs and designs at the Dulwich Picture Gallery currently, which must not be missed.

It is Vanessa Bell’s first ever solo exhibition, and it has been thoughtfully curated by Sarah Milroy. I was lucky enough to be shown round the show last week, where Sarah explained just how brilliant and ahead of her time Vanessa had been. Her work has often been overshadowed by that of her sister (Virginia Woolf) and the slightly scandalous goings-on in her unconventional extended family life with both her Bloomsbury Group and Charleston adventures. 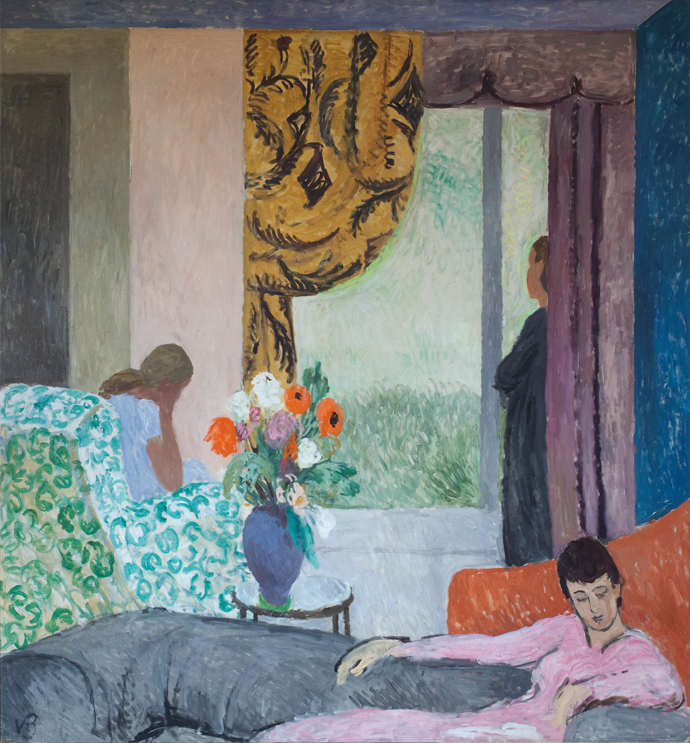 Vanessa Bell, The Other Room, courtesy of Henrietta Garnett

But the Bell household was a place of tolerance and creativity, it embraced pacifism, atheism and homosexuality well before the rest of society, and that message of embracive inclusion seems very relevant at the moment. 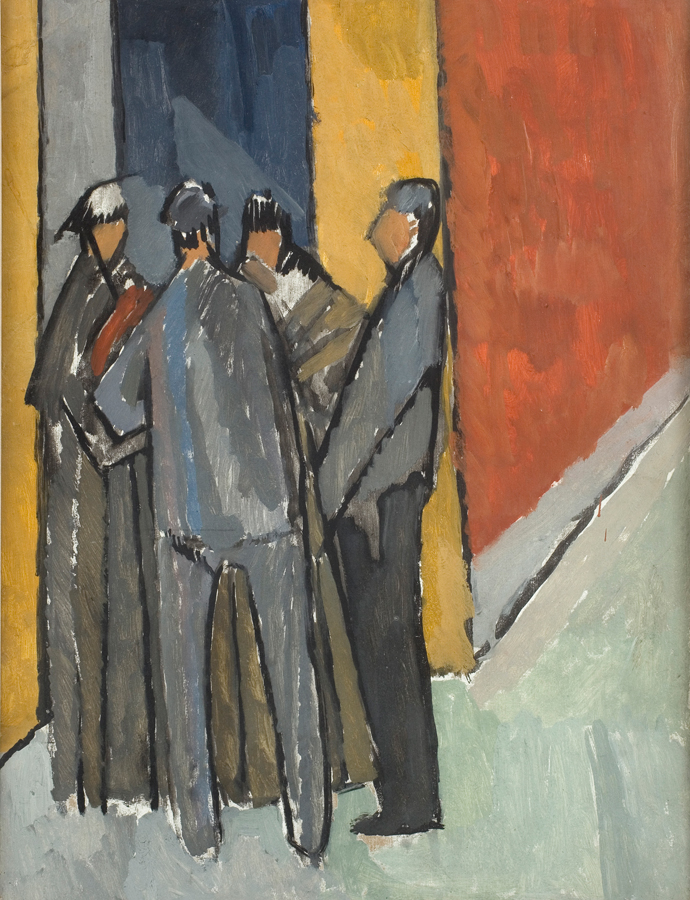 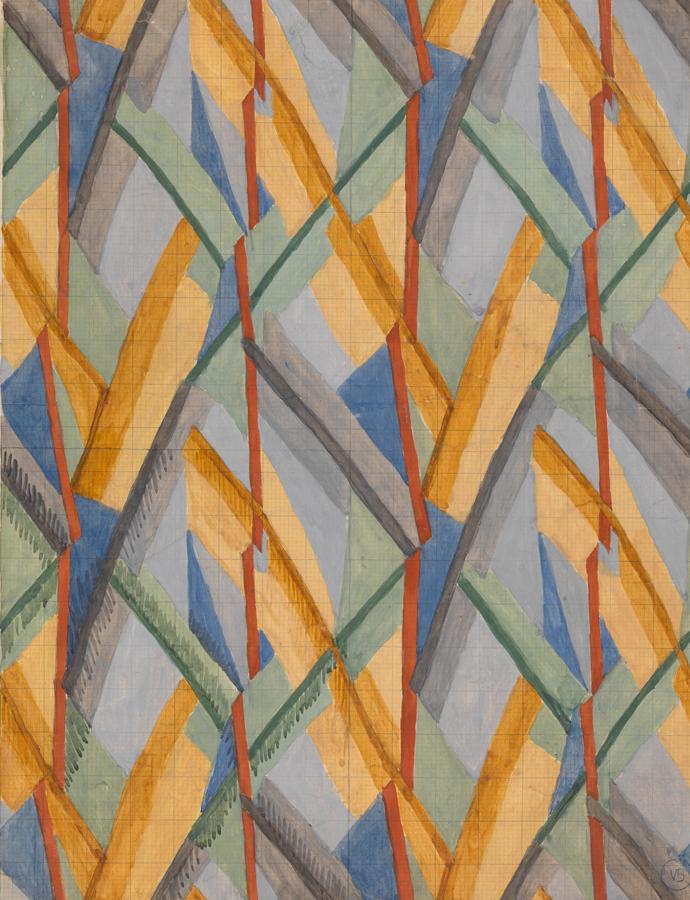 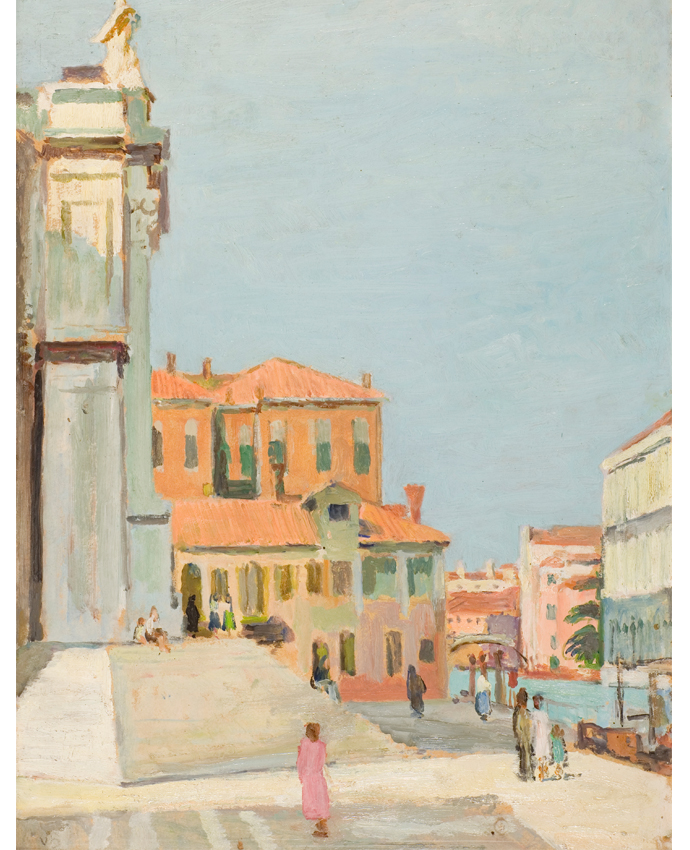 As we worked our way through the gallery, it was obvious that Vanessa was not just a great painter, but a brilliantly bold colourist, as anyone who has been to Charleston will know. Her abstract application of blocks of rich pastels and gentle brights to domestic scenes gives you quite a shock up close, they are almost Impressionist paintings (she was of course heavily influenced by the movement). I overheard a few eminent arty journos, fresh from the Hockney show launch, comment that her influence on Hockney- both in composition and colour- was obvious. 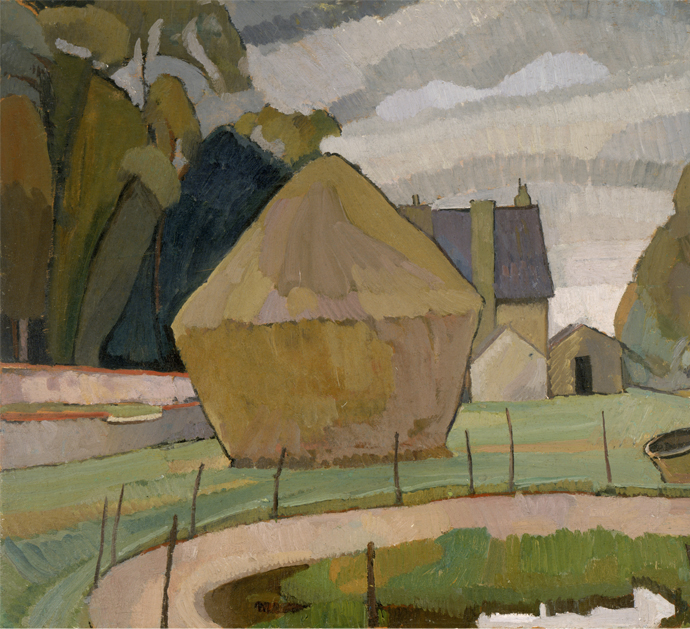 I loved the whole thing and would happily have any of them hanging on the wall. Sarah Milroy explained how Vanessa didn’t take herself very seriously as an artist, in fact one canvas had been rescued by a keen purchaser from its job as a rabbit hutch roof. 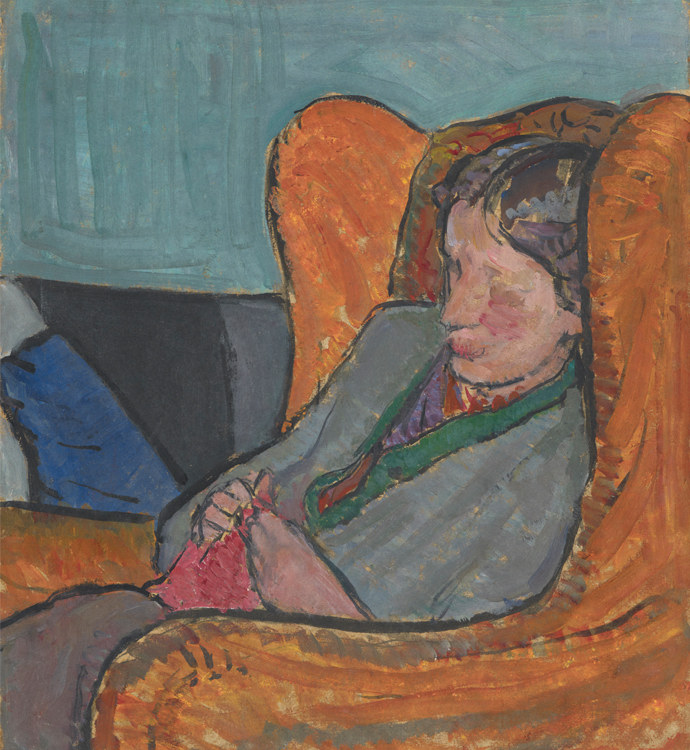 Her art was also completed within a very domestic setting, with children running around, food being cooked and chaos reigning in the busy household. This struck me as important, she didn’t have the luxury of solitude to paint while her children were young, so she painted around them, whenever she could. That’s how women do it. 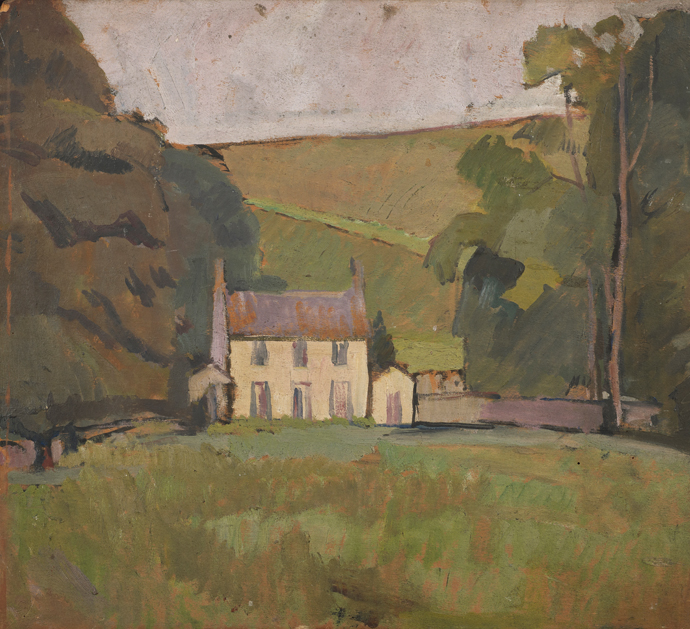 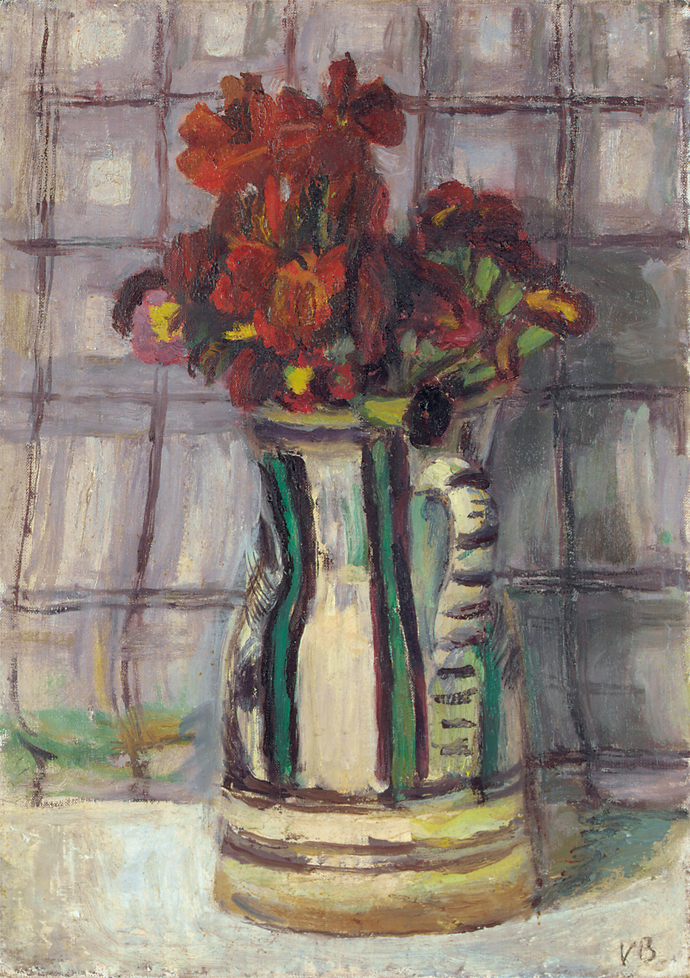 As if this wasn’t enough of a treat, there’s also a small room of photos taken by both Vanessa and Patti Smith, who is a big fan of her work. Patti’s Polaroids of Charleston are displayed on the walls and Vanessa’s pictures of family life at Charleston are in photo albums under glass. 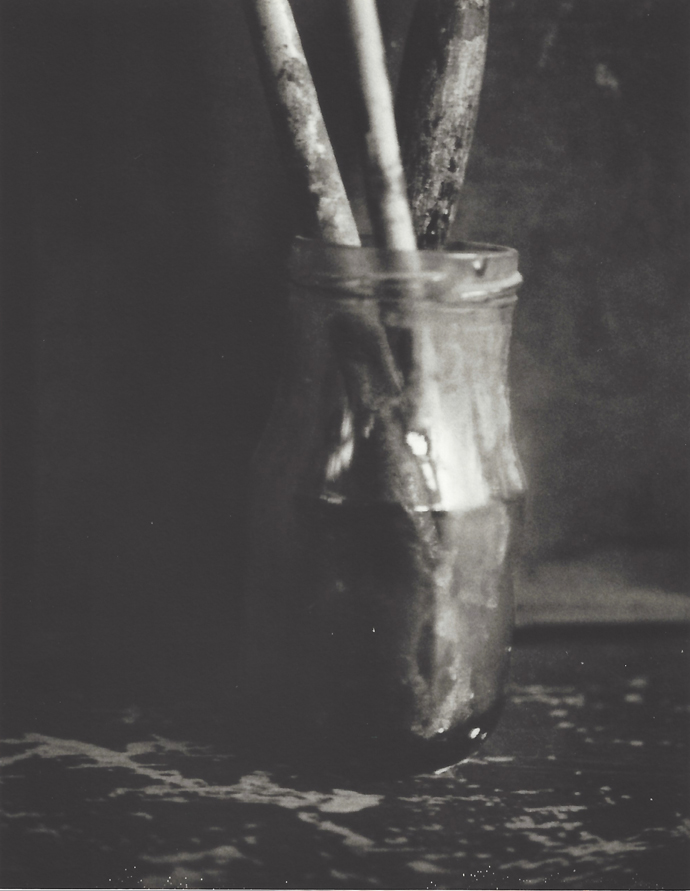 It’s a terrific and inspiring show, and Dulwich Picture Gallery is a joy, we urge you to go. The exhibition is on until June 4th 2017, more details here.

We loved this idea from The Present Tree, a mail order company that sends out small trees, beautifully wrapped and with full instructions for…