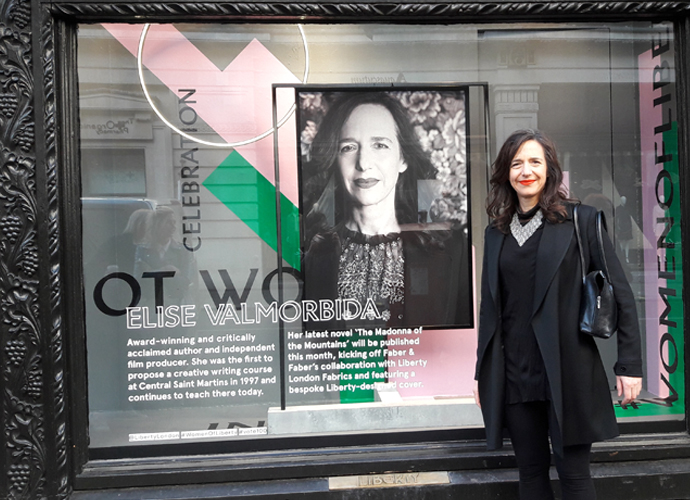 Anyone who’s walked passed Liberty recently will have seen its excellent tribute to the Suffragette Movement’s Smashing Windows campaign from March 1912, where many of the store’s windows were broken. Nine modern women are celebrated, including Florence Welsh, Anya Hindmarch, Stella Dean, Katherine Hamnet and author Elise Valmorbida, who our regular guest blogger Elena Bowes happens to know. We persuaded Elena to interview her friend, whose book is currently book of the month in The Times, for TWR. You’re welcome.

Who doesn’t love getting lost in a great book? When that book is written by a dear friend, it’s pure joy. Actually, I got so lost in Elise Valmorbida’s The Madonna of the Mountains that while I marveled at her writing initially, soon all I cared about was the story. If you are a fan of Elena Ferrante, Kristin Hannah’s The Nightingale, and Sebastian Faulk’s Birdsong, then you’ll soon get as blissfully lost as I did in this epic novel.

The Madonna of the Mountains is the compelling, detail-rich life story of Maria Vittoria. The novel opens in 1923 when Maria’s father has gone searching neighboring villages to find a husband for his daughter who at 25 is practically a spinster. Valmorbida’s tale spans 27 eventful years, transporting the reader back in time to a distant world where a woman makes do with what she has been given: a quick-to-anger husband, five children and the troubles that come with Mussolini’s fascist reign and world war. She battles fear, hunger, betrayal and guilt as she tries to keep her family together during these war-torn years. This is not a sentimental tale. Valmorbida writes beautifully about real life with metaphors that sing. I’m hoping for a sequel although Elise says while she has a two-book deal with her UK publisher Faber & Faber, nobody is expecting a sequel. Darn. 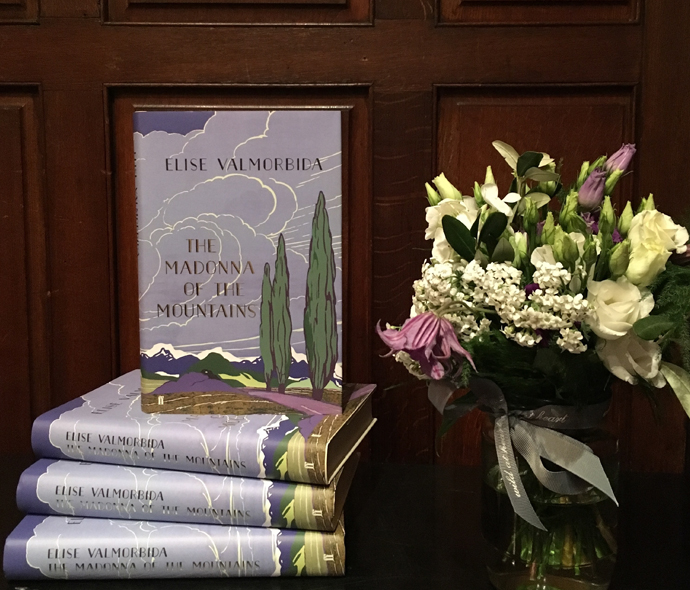 I first met Elise – who grew up Italian in Australia and then fell in love with London – eleven years ago when I enrolled in her Creative Writing evening classes at Central St Martin’s in London. My marriage was in free fall, and I signed up more as a way to make sense of what was happening to me, than any thought that I might have some talent. From the start, Elise encouraged me to think of myself as a writer and to view my life story as rich in good material. We quickly became friends and met for endless coffees where Elise – always wearing her trademark bright red lipstick – coached and mentored me. She pushed me to apply to be deputy editor of writers’ group 26, encouraged me to get a Masters in Creative Writing at Kingston University and urged me to go on-line and enroll in Match.com – all good material, she said – when I was newly single.
Elise is one of my favorite people – smart, funny, empathetic and strong, not to mention being a truly gifted writer. Below is our interview about The Madonna of the Mountains which is published by Faber in the UK and Random House’s Spiegel & Grau in the U.S. 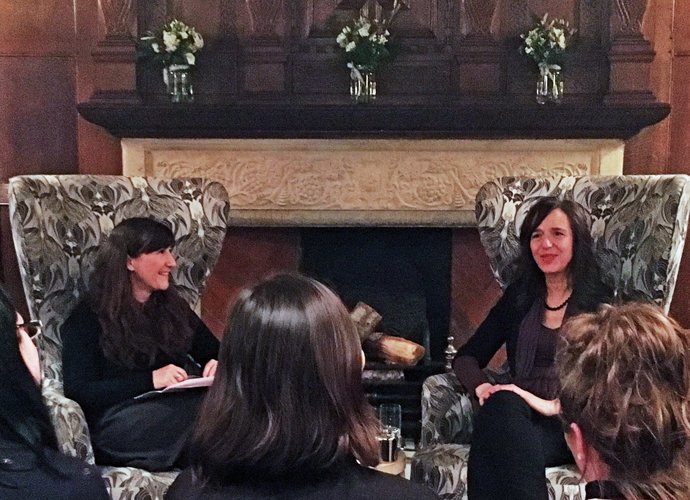 Elise being interviewed at Liberty earlier this month.

Elise’s novel The Madonna Of The Mountain, is out today, buy here.
If you want to read more about Elise, here is a blog she recently wrote about sewing in the family, specifically her grandmother Clementina who taught Elise how to sew and “properly darn”. Clementina would frequently go to male-run council meetings and speak her mind, always wearing bright red lipstick. Fearless. She reminds me of someone else I know.

Lillian Bassman’s photography of women in lingerie from the 40s and 50s, many shot for lingerie company ad campaigns,  is a stark reminder…