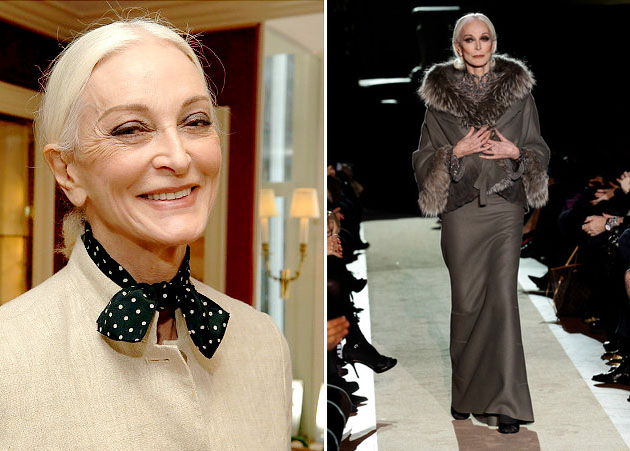 In a world obsessed with youth and beauty it is refreshing to meet a woman who proves the two are not inextricably linked. Yesterday I spent the day at the London College of Fashion graduation ceremony as a friend was receiving an honarary doctorate. Designer Hussein Chalyan, journalist Lisa Armstrong, Vidal Sassoon and the stunning model Carmen Dell’Orefice, were also honoured.

When Carmen Dell’Orefice entered the room for the pre-ceremony lunch – wearing simple black and white, complete with large sunglasses –  there was a sharp intake of breath. She is one of the most amazing looking women I have ever seen. Willowy, elegant and glamorous in a way most ordinary mortals can only dream of.  At 80 years old she is as articulate as someone thirty years younger and still as interested in the world around her as she was when she started her career in 1945. Her mantra is ‘Self-discipline is not a dirty word,’ which has clearly paid off. She advised the graduates at the ceremony to ‘work hard, get to bed early and turn up on time’ – who could argue with that! 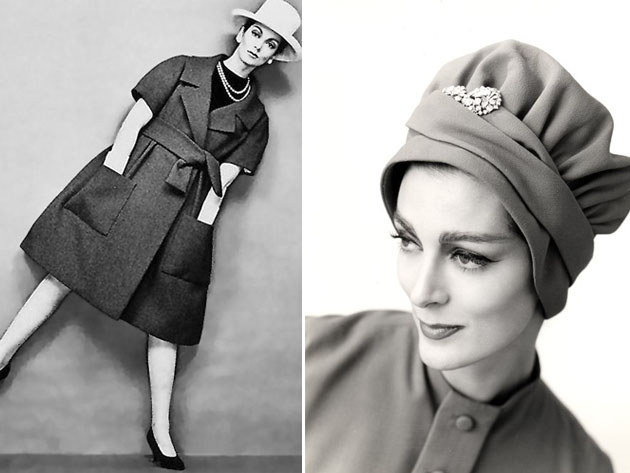 Having started her modelling career at 15, appearing on a Vogue cover, she went on to be photographed by some of the world most renowned photographers such as Irving Penn and Cecil Beaton. Her brief retirement in 1966 ended with her marriage and she returned to modelling for the second time to work  with a new generation of photographers including Nick Knight and Helmut Newton. She is still very much in demand and recently appeared in Alberta Ferretti’s Autumn /Winter 2011 catwalk show.

While she looks amazing for her age, she doesn’t look fake or tampered with, although I am pretty sure she has had some work done. When asked if she has, she said, ‘if a ceiling has cracks you plaster it’ and left it at that! What shone through the most though, was her spirit,  work ethic and enthusiasm for life, which must surely be part of the secret to growing old with style. 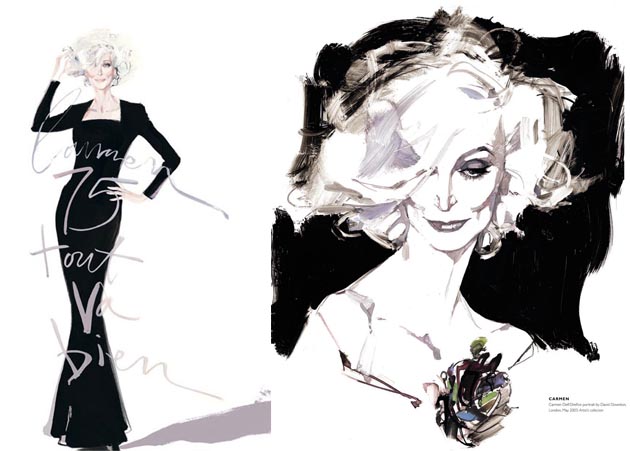 Carmen’s guest for the day was fashion illustrator and long time friend David Downton who has produced some stunning illustrations of her over the years. To celebrate Carmen’s career The London College of Fashion have been granted unprecedented access to her personal archives and are to stage a retrospective exhibition curated by David called CARMEN: A Life in Fashion, which will be shown at The Fashion Space Gallery, London College of Fashion, 20 John Princes Street, W1G 0BJ, from November 16 – January 14 2011.

Carmen Dell'OreficeCARMEN: A Life in FashionLondon College of Fashionwhich will be shown at The Fashion Space Gallery

It’s a new Alan Bennett, featuring middle age women and their views on sex, what more do you need to know?