Last month King Jigme Khesar Namgyel Wangchuk of Bhutan married 21 year old student Jetsun Pema, in a lavish ceremony in a Buddhist monastery in the Himalayas. The wedding was a huge event in the tiny, remote kingdom, as the King is much loved by the 700,000 inhabitants of Bhutan.

The kingdom is known for its “Gross National Happiness” index – an alternative to GDP – which measures personal happiness as opposed to economic growth. 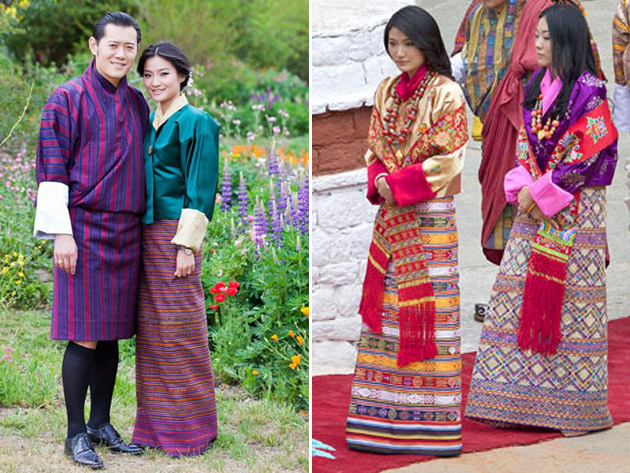 Buhtan has been slow adapt to global technological trends, in an effort to preserve its ancient culture. Only a certain number of tourists are allowed in the country at a time, and television was introduced only 12 years ago. Bhutan is slowly adapting to modern life and now has a version of American Idol, a generation of teenagers on Facebook, and their very own fashion icon.

For her wedding to King Jigme, Jetsun wore a traditional Kira, an ankle length wrap dress hand stitched for months by a team of local weavers. As photographs of the couple spread around the world, Jetsun had the media talking about her style, and a Facebook page dedicated to Bhutan street fashion emerged.

Her traditional embroidered robes, silk jaquards, and colour wovens in beautiful colourways, are stunning and are sure to inspire a whole host of Western designers, and wouldn’t you just love to be one of those few tourists who are allowed into the country! 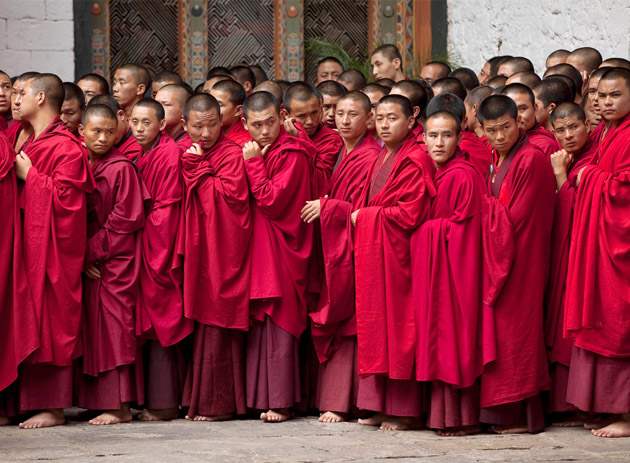 A while ago we decided it was time to up our game and get ourselves a new look. We noticed many of the blogs…