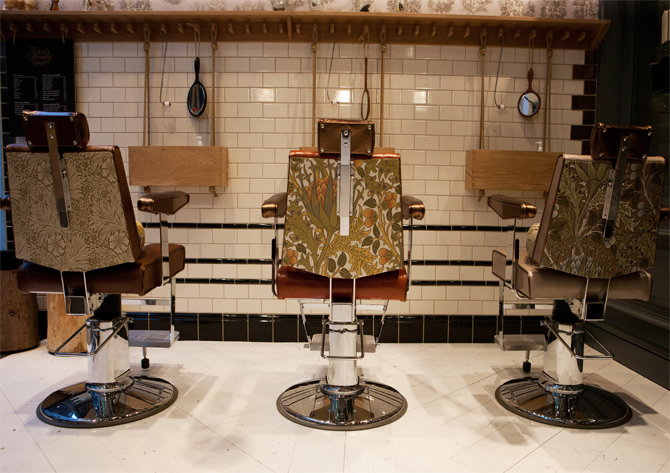 It’s taken me a while to learn about shellac nails and now I’ve had my first shellac manicure, I’m wondering what I’m going to do with all my ordinary nail polishes, as clearly the only way forward is shellac. Lisa Eldridge, she of the remarkably informative Lisa Eldridge beauty blog  featured  shellac nails 18 months ago and gave them the thumbs up, so at least my instincts are sound, if a bit slow. I had my nails done at Ted’s Beauty Spot, well a pop up version of it that happened during LFW, the real one is in the new shopping centre next to Saint Paul’s cathedral in Cheapside.

Nathalie from Ted’s applied the fedora colour on my nails on Monday and it is still sparklingly perfect five days later. Not a chip, smudge or scratch, apparently it will stay like this for two weeks or longer….it’s like a modern miracle. Shellac, rather unglamorously, is a natural resin secreted by the lac bug, it was once used to make LPs before vinyl came along and is a well known floor varnish. It is a lot less harmful than gel nails are, and easier to remove, although the catch is that it’s only sold through salons, so you are trapped into going back to get the polish taken off and presumably get tempted into redoing them again in another fabulous colour. The Shellac manicure is £35.

Ted’s Beauty Spot is a collaboration between Ted Baker stores and Benito’s Brow Bar and I LOVE the way it looks. It’s like the love child of Orla Keily and my local barber shop and refreshingly non pink and girly. There’s only one so far, perfectly positioned for the city girl, but perhaps if it’s a success (Nathalie say’s it’s busy most days but quieter on Saturdays) we’ll see more. 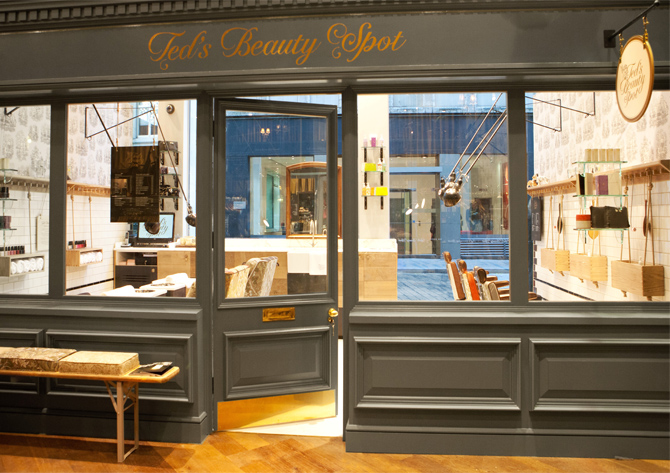 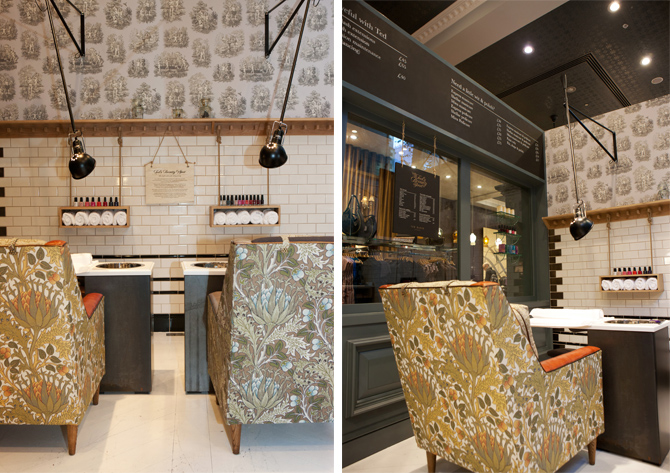 I’m sorry about this. I JUST couldn’t resist. It’s a miserable wet day in London, another one. And as we head towards our final bank holiday weekend until Christmas, the forecast is not so good at all. So I thought…