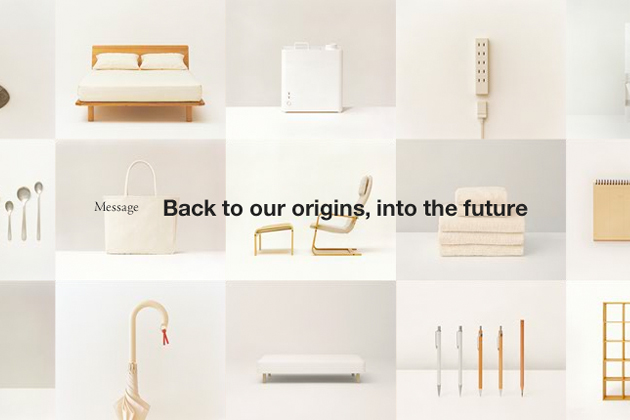 I first visited a Muji store on a trip to Tokyo, back in the 80’s when no-one in the UK had heard of them. When I stumbled across the tranquil haven of the first ever shop in Aoyama, I was thrilled by the minimal, unbranded products as pared down perfection just wasn’t “a thing” then.

Muji was established in Japan in 1980 and began as a range of just 40 products for the supermarket chain The Seiyu. The company now have hundreds of shops around the world, selling over 7000 products, and have remained true to their principle of developing new simple ‘no brand’ products at reasonable prices.

Muji started trading in the UK in the early 90’s and has remained one of my favourite shops ever since. I love the subdued, functional products, for their understated design and excellent quality.

Their “Quality Producers for Everyday Life Research Center” project in Tokyo, gives customers a platform to share their ideas and opinions on Muji products, which are then communicated to the Tokyo HQ and discussed in weekly meetings. They feel this connection with customers is key to their success in Japan, a country where honesty and communication are of the utmost importance. An exhibition called Product Fitness 80, has just opened at the Design Museum, where the Muji team asked the question ‘What would happen if we used 20% less materials and energy to make products?’ The company were concerned about damaged power plants after the Japan earthquake and decided to rethink the way in which design impacts on the way we use energy and what makes good product design.

The exhibition explores the size and re-use possibilities of certain objects, re-sizing products such as toilet paper, notebooks and calculators and up cycling towels into dusters and t shirts into teddy bears.

The exhibition only runs until the 18th of March, so you’ll have to be quick if you want to see it. 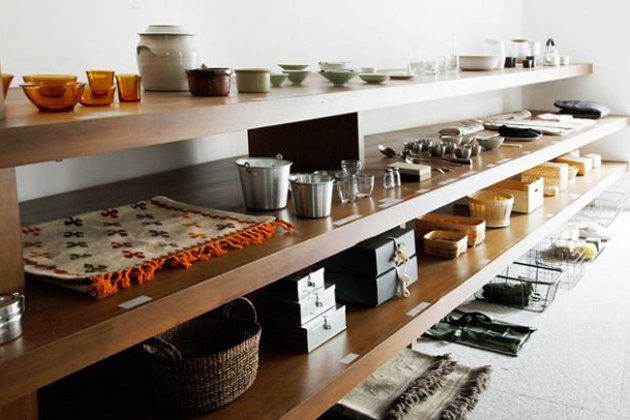 Muji have also just turned the Aoyama store into a concept shop, called Found Muji. The idea came about when a team of designers travelled the world to find unbranded, hand crafted household items, which were then re-designed to fit the Muji aesthetic and produced in limited numbers. The Aoyama store is now a model for the Found concept, which will be rolled out across Japan and eventually worldwide. It sounds a little bit like a Japanese Labour and Wait and we think we’ll love it!

The company have also recently collaborated with British fashion designer Margaret Howell to produce the LABO clothing range. The  collection is based on keywords such as “straightforward,” “wearable,” and “unpretentious.” The mens and womenswear uses 100% organic materials in simple shapes and understated colours.

Sounds like the perfect collaboration and we can only hope and dream it’s a sucess and they roll it out worldwide soon too. We’ll let you know if we hear anything!!

This one is for readers who are building up their own personal fashion library and Chanel geeks only. The hefty and a tad…