One of the offshoots of doing all this fragrance research for the day job is that I get to pass the good stuff I found on to you and I’m going to stick my  neck out here  and say that Shay & Blue, a lovely new perfume brand, could be one to watch. From the smart cornflower-and-navy blue packaging to the quirky explanations of each of the six scents, this brand looks like it’s got its act together. It could be due to founder Dom De Vetta’s credentials, he worked for Chanel -where, among other things, he helped build up the fabulous Les Exclusifs range- and Jo Malone London- where he was the global general manager. Now he’s launched his own collection of fragrances.

I was tipped off about the brand by Monika from Paperplain, who knows a good thing when she see’s it. The brand opened its small Georgian shop in York Street with a ‘soft launch’ last week, but it is shortly to burst into Harvey Nichols (during Fashion Week) where I think many people will admire the six beautiful scents and LOVE the reasonable prices for such a quality product (perfume starts from £30). The store has smart Hague-blue painted walls and gorgeous hand painted illustrations which also feature on the boxes. I definitely felt the influence of Jo Malone in the packaging -it looks nothing like JM but just like those cream and black ones, you definitely don’t want to throw these boxes and their smart stripey ribbons away.

So the fragrances -there are six and all were co created by Dom and his young French perfumer Julie Masse. Dom told us that he wanted to create a contemporary range of classic smells relevant for today’s consumer.They all have a brightness and clarity that does feel refreshingly modern. If I understood him right, he’s positioning his perfumes to be a little more long-lasting and opulent than Jo Malone London, but not as vintage-heritage heavy as the likes of Chanel and Dior. He uses an East London fragrance manufacturer to make the juice to keep the smells as British as possible and the candles are made by UK based wax makers. 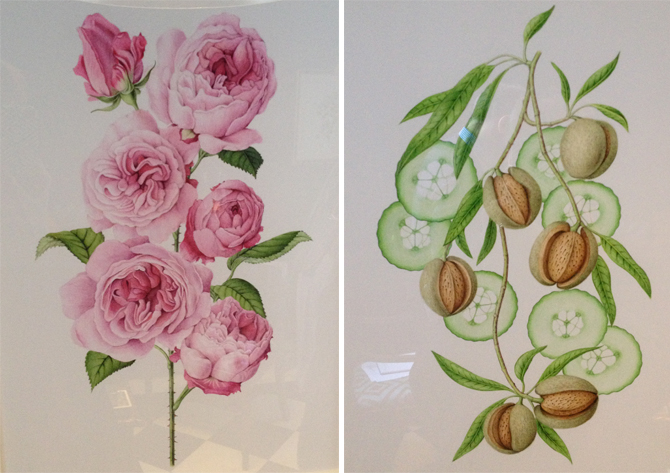 The scents in order on my loving them are-

Blood Oranges – A great, rich citrus for men- I bought this for the boys in my house and they love it.

Atropa Belladonna, a knock out, grown-up waft of oriental-ness.

Almond Cucumber -which ‘may cause day creaming’ according to the catalogue but is a delightful nutty tang of fresh cucumber, a really original mix,

Sufflok Lavender, a really spicy and unexpectedly wearable lavender, SO not your granny’s scent.

Sicilian Limes,  a clean lime hit that would fool a margarita.

All are available on-line and if you want to sample them Dom will send you out scented, sealed blotters to try. If everyone isn’t talking about this brand by the end of the year I’ll saute my perfume cupboard.

As the Olympics draw closer, the tubes are full to bursting with new visitors, more roads close daily causing traffic madness and there’s an…