Lily Pulitzer was famous for creating brightly coloured print shift dresses, after she opened a juice stand in 1959 in Palm Beach and discovered she needed a dress that would camouflage the stains of orange and grapefruit stains.  She had a brightly printed dress made and created a look that proved to be so popular among her wealthy social circle, that the dresses became known as the “Lilys.” Jacqueline Kennedy, who attended boarding school with Pulitzer, wore one of the sleeveless shifts in a Life magazine photo spread.

The fun, jungle and floral prints, in the super bright  colours of a Florida vacation, were later expanded to swimsuits, country club attire, children’s clothing, a home collection and a limited selection of menswear. “I designed collections around whatever struck my fancy … fruits, vegetables, politics, or peacocks! I entered in with no business sense. It was a total change of life for me, but it made people happy,” Pulitzer told The Associated Press in March 2009.”

She was a reluctant style icon, avoiding personal publicity, which she said came from her upbringing. When unable to obtain a specific print she wanted because the cost of buying it on the vintage market. She said “a budget, how embarrassing.” 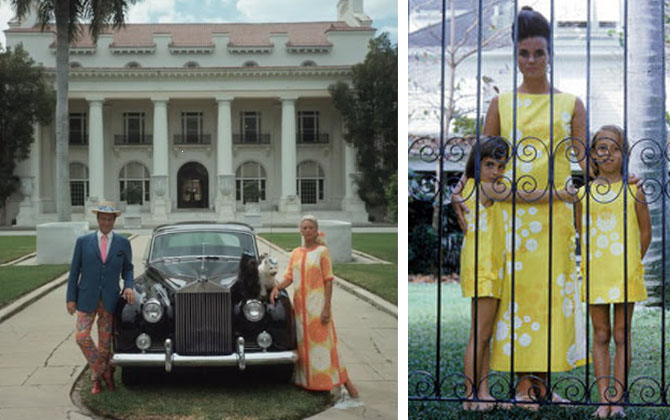 Married to Herbert Pulitzer Jr, known as Peter, the handsome grandson of the publisher Joseph Pulitzer, Lily shocked her family by eloping with him in 1952. The couple lived on the Pulitzer estate in Florida and had three children within five years.

She was also known for hosting parties barefoot at her Palm Beach home and published two guides to entertaining. “That’s what life is all about: Let’s have a party. Let’s have it tonight,” she said.

Lily’s marriage to Peter didn’t last — she divorced him in 1969, shocking her friends and family again, by marrying Enrique Rousseau, who had worked for her first husband. At its height in the 1960s and 1970s, Lilly Pulitzer, had sales of more than $15 million, a store in Southampton and a variety of famous clients. 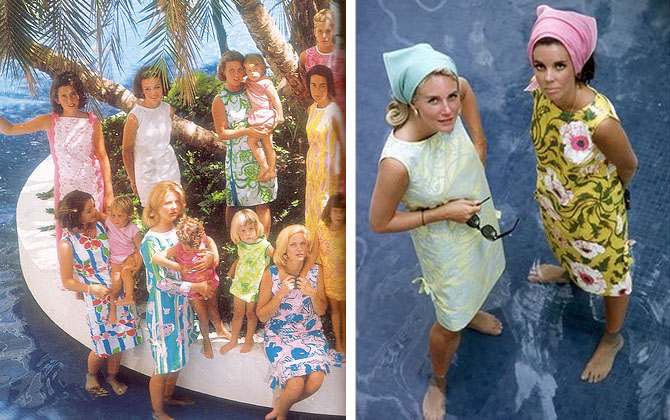 Revived by a licensing company two decades ago, after Ms. Pulitzer’s retirement, the label continues to be successful, using many of her original prints.

“Style isn’t just about what you wear, it’s about how you live,” Pulitzer said in 2004. “We focus on the best, fun and happy things, and people want that. Being happy never goes out of style.”

Lily Pulitzer died at the age of 81 at her home in Florida on Sunday. Her family said ” Lilly was a true original who has brought together generations through her bright and happy mark on the world.”

For anyone whose been living under a rock for the last couple of months, & Other Stories is the big new brand launch from…